ADHD and Video Games: Will Gaming Harm Your Child with ADHD? 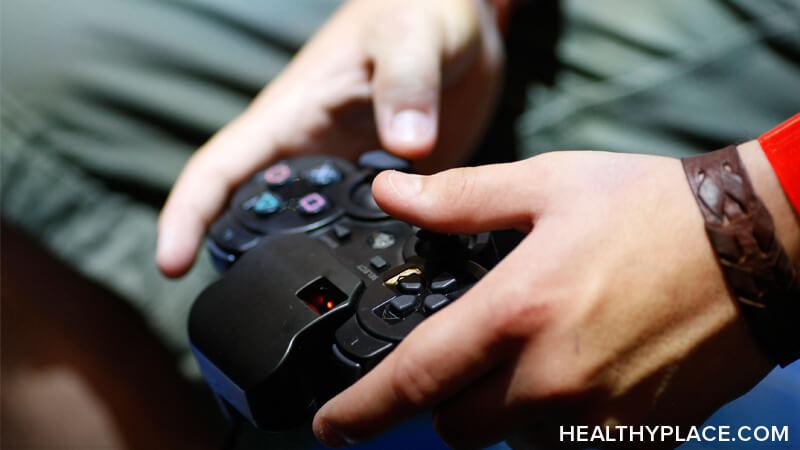 Attention-deficit/hyperactivity disorder (ADHD) and video games: How much screen time do you allow your child with ADHD? I ask because parents of children with ADHD have a love/hate relationship with video games. They can be a huge motivator for our kids. They provide us with rare quiet times. Yet, we're often shamed based on how much screen time our kids get. Using screens is often viewed as poor parenting. I've even been told video games cause my son's ADHD (Stigma Against Parents Who Raise a Child with Mental Illness). These days, asking me about my child's screen time will elicit the same response as asking me about my weight. I will lie about it, then I'll go home and cry.

The Symptoms of ADHD and Video Games

There are links between ADHD and video games; or rather, ADHD and the love of video games. Don't panic, though. The consensus is that video games do not cause ADHD. Rather, the ADHD is what leads to the gaming.1 This doesn't mean everyone who plays has ADHD. It means that people with the disorder spend a lot more time and energy doing it.

Some research shows that gaming can decrease anxiety and depression. Kids with ADHD tend to hyperfocus on things they love, so this does have the positive side effect of slowing down racing thoughts and anxieties. Gaming can help improve focus in some kids who could use the practice. They're even developing video games intended to improve ADHD behaviors.2 ADHD brains crave stimulation, and gaming offers plenty of it. Of course, gaming also offers instant gratification, preying on the poor impulse control that comes with ADHD. It's also the perfect procrastination tool. There are pros and cons to everything.

For me, it comes down to personal preference as to whether parents allow their children with ADHD to play video games. My family loves them, and they happen to work as a behavior modification tool, too.

Video Games as Reward vs. Punishment

If my son doesn't want to do something, he won't. Avoiding activities like homework that require concentration is common in ADHD, but my son also struggles with disruptive mood dysregulation disorder (DMDD). This means he's oppositional and defiant.

When we tried taking video games away to punish him, his behaviors only worsened. He'd have huge outbursts when we told him to turn off the video games. If we said we'd take games away for a week due to a poor behavior, he'd dig his heels in more.

It was his therapist who eventually suggested we offer a baseline amount of time he could play no matter what his behaviors, adding more time for positive behavior. For instance, he can always play video games on weekends. To play on weekdays, though, he has to finish his homework first, and there can't be any major behavioral problems at school. This plan means he doesn't always have to be "perfect." If he has trouble on Monday, that's fine. He can improve and have video games on Tuesday.

It's a small thing, and yet we've seen improvements in behavior as a result.

In our household, kids can only play video games in the living room. This helps us keep the screen time down. It also helps us monitor what games they play; and when my son is playing online with his friends, we can monitor behavior. Being a gamer myself, I know all too well the things that are said and done online when middle school boys are left unmonitored.

Managing those online behaviors is another blog post altogether. For now, rest easy knowing video games won't inherently harm your child. What matters is developing a plan that benefits that child and the whole family.

1. Do Video Games Contribute to ADHD?
2. This Video Game May Help Kids with ADHD

Melissa David is a mother based out of Minnesota. She has two young children, one of whom struggles with mental illness.The support and wisdom of other parents proved invaluable to her in raising both her children; and so she hopes to pay it forward to other parents via Life With Bob. You can find her on Facebook and Twitter.
Stop Emotion Contagion with Mentally Ill Kids
Ways to Avoid Bipolar Instability Caused by the Flu
Lizanne Corbit
January, 29 2018 at 2:33 pm

I think the ideas of reward vs punishment and setting boundaries are so, so important. Often times using it as a reward, instead of a punishment (taking away) like you mentioned can be much more beneficial for everyone involved, especially when healthy, supportive boundaries are in place. When our children understand that boundaries are for their benefit they can understand and accept them more. Great read.