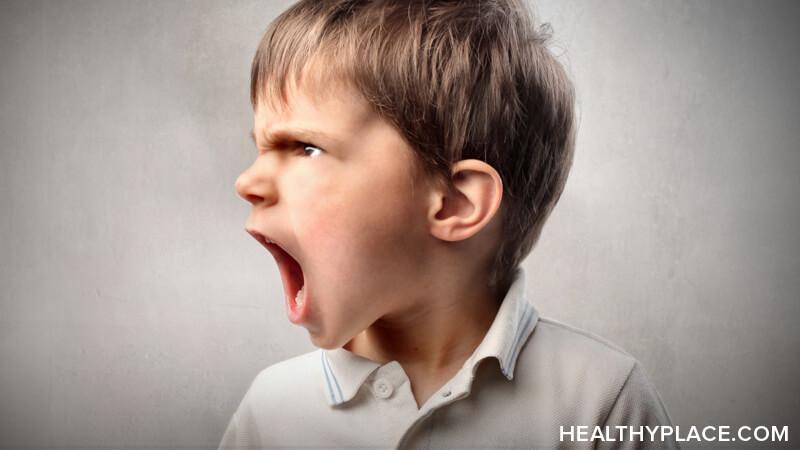 “Emotional contagion” occurs when we mirror the strong emotions of those around us whether those emotions are negative or positive. As a parent of a mentally ill child, it can be difficult not to "catch" our child’s negative emotions. By employing a few tools, parents can avoid the downward spiral of emotional contagion and help their melting down child find a way back to the positive.

Numerous studies over several decades have shown that emotional contagion is real. In fact, a study done in 2008 showed that if a nearby friend was happy, your happiness could increase by as much as 25%.* Unfortunately, the same applies to negative emotions.

That makes it easy for parents and siblings of mentally ill children to catch the negative emotions of a mentally ill child and spread that contagion throughout the family. But, by employing a few tools, parents can stop the downward spiral and avoid emotion contagion.

I was in the car with my two daughters, both of whom are mentally ill, both of whom were having a bad day. As one girl began to cry about her situation, her angst invaded the car and within minutes, my other girl was crying, too. Realizing what she’d started, my first daughter began to cry and apologize for “being difficult.” Immediately, the second girl took up the lament and they were both off and running.

Both girls were having difficulties of their own, but it was emotion contagion that got them going together and continued to spiral them down into their angst.

There was a time I would have wanted to cry with them. But now I have a better understanding of what was going on with them and after a few easy steps, I had them both calmed down and aware of why they were acting the way they were acting.

Elaine Hatfield is a professor of psychology at the University of Hawaii who studies emotion contagion and she believes there are several steps people can take to avoid the negative and let the positive rub off.*

Understand why they do what they do. Learn as much as you can about your child’s mental illness. Knowing that your child’s meltdown is, for example, a product of his inability to regulate his moods rather than an effort to manipulate you and you can more easily separate yourself from the negative emotions he is throwing out into the world.

Know that emotional contagion exists. Knowing that emotions can be caught and that you’re being subjected to that contagion helps you step back and analyze the situation less emotionally. Sometimes just knowing it exists can be helpful.

Be aware of your own moods. Kids with mental illness may be especially susceptible to our frustration and negativity. During non-crisis periods, parents may benefit from learning deep breathing, yoga, meditation, or other self-calming techniques as a way to use emotion contagion to their benefit.

Try to reach into your child. Rather than expressing a superficial desire for your child’s distress to disappear, really focus. Get on the same level with your child. Look him in the eye and let him really feel your desire that he finds comfort from his distress. This will give him the opportunity to feel your concern and hopefulness and catch your emotion.

Remember that you have the power to distribute positive emotions just as effectively as your child distributes negative.

As my daughters wailed in the car, I acknowledged that I knew they didn’t want to be difficult. I honored the hard work each had done to confront the issues that were bothering them and suggested next steps in reaching their goals. It took a few minutes, but eventually, both girls began to smile and offer their own suggestions for success. By the time we reached home, somebody had even cracked a joke, thanks to emotional contagion.

Tips to Manage DMDD in the Classroom and Beyond
ADHD and Video Games: Will Gaming Harm Your Child with ADHD?
Susan Traugh
November, 16 2018 at 11:37 pm

Aw, thank you, Janine. Our kids can be wonderful, exceptional beings. I'm glad for your meaningful moments and am happy for whatever help I might have given you to cherish them. Take care.

Thank you!! Thank you for normalizing my experience and giving me "permission" to cherish those brief but meaningful moments with my child.