5 Things Parents of Children with Mental Illness Don't Do 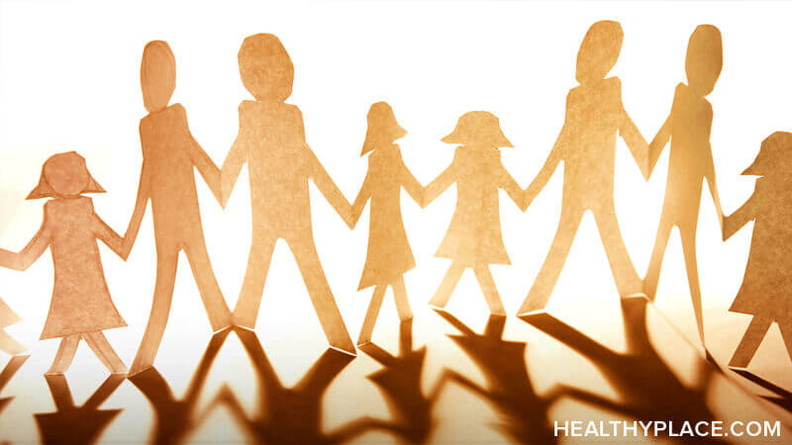 Most babysitters aren't trained in how to deal with a child with mental illness. Unless insurance covers in-home providers, parents like me go without childcare. Sometimes, family members watch my kids, but even then, it's rare that they watch both overnight. I'd be too afraid to ask for longer. Besides my child's medication and treatment concerns, I'm not sure what would happen if my son had an outburst and destroyed a grandparent's house. When I see friends go on child-free vacations, I get sad. Child-free vacations are not a thing for me.

My daughter visits her friends' homes, but those friends rarely come to ours. We've invited my son's friends over twice. It went well, but it's overwhelming. I'm always afraid of what he may do. I'm afraid that, if my eyes aren't on him, he'll do something that gets everybody in trouble. Then his friends go home, tell their parents, and he never has friends again. I know that's catastrophic thinking, but no one said anxiety made sense.

I would love to have sleepovers even though I parent a child with a mental illness. For my daughter, though, I don't want her friends to witness my son's behavior. For my son, I don't know if he can manage said behaviors for 24 hours. That, and if his routine is thrown off, everything else is off for days. If his sleep gets cut short, behaviors come out of hiding.

I often wonder if I'm holding my son back because of my own anxiety, not his. He's never been invited to a sleepover, though. I wouldn't doubt if his past behaviors prevented invitations. I don't like to think about that, though, so I'll just pack that into my snowball of anxiety and move on.

This year, my son has successfully taken part in an after-school activity for the first time. He plays drums in band. In first grade, we tried baseball. He'd last 15 minutes of practice. Last year, he did a Minecraft Lego activity after school and got kicked out for destroying the classroom. Attempting band was worth it, but it's clear why we avoid most activities. I wish he could do more.

Socialization requires so much energy from parents of children with mental illness. We went to the zoo with friends once, prior to my son's diagnosis. I chased after him the whole time. We stopped for lunch, and the other children ate peacefully while mine ran haywire. At the Children's Museum once, he disappeared into a giant replica of an ant farm. It's the worst possible exhibit for a kid with attention-deficit/hyperactivity disorder (ADHD). I lost him in the tunnels for 40 minutes. He wouldn't come out when asked. I cried.

What Parents of Children with Mental Illness Want

If you have a friend whose child struggles with mental illness, include them. Ask if their child can come visit your kids. We're not going to ask if they can come over because we're scared. If you're offering, though, it means you accept us. I know this switches up social conventions, but that's the thing about mental illness. Conventions go right out the door.

Melissa David is a mother based out of Minnesota. She has two young children, one of whom struggles with mental illness.The support and wisdom of other parents proved invaluable to her in raising both her children; and so she hopes to pay it forward to other parents via Life With Bob. You can find her on Facebook and Twitter.
Holiday Mental Health Plans for Families with Mental Illness
Mental Health Setbacks for Children with ADHD Will Happen
Nicole
February, 2 2018 at 12:02 pm

This article mentions including other children who might have mental illness. The trouble with that is...even among "mental illness" there are acceptable illnesses and those that are not. I would love to include anyone's child to play with mine. Unfortunately, my child has the "unacceptable" mental illness. Of course, he has Autism, ADHD, and GAD but he also has schizophrenia at 7 years old. Not many moms out there who would knowingly let their child play with mine, no matter how many times I invite them...

I think this is a very honest "putting it out there" post. This is incredibly helpful and can provide a lot of helpful answers to questions most people wonder about but don't want to ask. I hope that with more posts like these parents of children without mental illness can come to have better understanding and be generally more supportive so that parents of children with mental illness don't have to feel like their choices are "unusual". It's important for people to realize that things like sleepovers and babysitters may seem totally common place for some, but this is not the case for all, and that's a-ok.