Mental Health Screenings in Schools Should Be More Inclusive 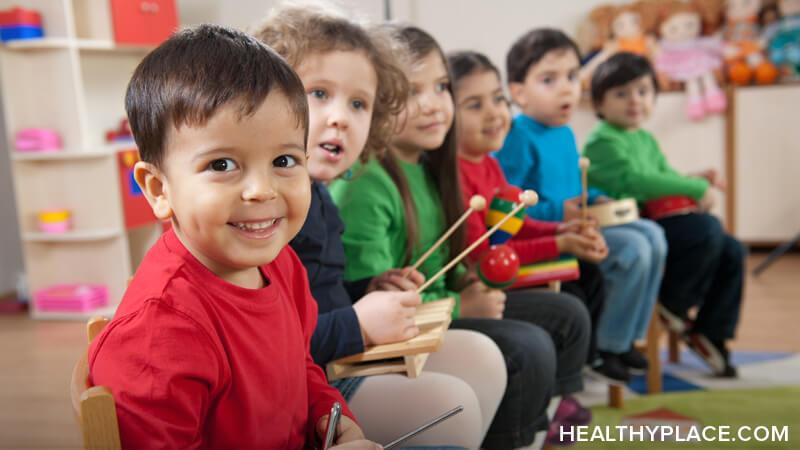 While mental health screenings in school may take place, they need to be more inclusive. Although autism spectrum disorder (ASD) and childhood mental illnesses like attention deficit/hyperactivity disorder (ADHD) can look similar on the outside, the way they're treated in schools looks different. From the perspective of a parent of a child with mental illness, they seem like unfairly disparate worlds. It makes me think of the need for inclusivity in school mental health screenings.

A few months back, I attended a listening session regarding improving special education in my school district. One of the questions school representatives asked parents was how we chose the elementary schools our children attended. How did we decide whether those schools were able to meet our children's special needs?

This question confused me. My family chose our school because it was the neighborhood school. My son was automatically assigned there. Why would I have even thought to consider special education programs? While my son's behaviors had definitely worsened by the end of preschool, teachers said his hyperactivity and outbursts were probably because he was bored and ready to go to Kindergarten, not because he had a developing behavior disorder that would make kindergarten harder.

At that listening session, though, all the other parents talked about having interviewed school teachers or asked neighbors about whether a school was appropriate for their special needs child. Some asked their child's therapists or day programming specialists about next steps. Others already had their children in the special education programs offered to preschoolers. Every one of those parents happened to have a child with either ASD or Down syndrome.

Only one other parent in the group had a child like mine, diagnosed with a behavior disorder. Neither of us had had access to resources for our children before they hit elementary school. Those other parents, though, had all accessed services before kindergarten thanks to early childhood mental health screenings that linked them to those interventions.

These same early interventions aren't readily available for illnesses like ADHD, or my son's disruptive mood dysregulation disorder (which is not typically diagnosed before age six). My son did the prerequisite early childhood screening, as required by our state for all kids prior to kindergarten. All we learned, though, was that he was exceptionally bright. He was already hyperactive at preschool age, but the school's mental health screening is not set up to detect that. It's meant to catch developmental or intellectual disabilities that weren't detected at birth. Children with other mental illnesses, then--even those who manifest the same behaviors as children with developmental disabilities--are missed.

For children like mine, interventions occur only after the child is already failing the traditional path. They're removed from classrooms, suspended from school, or even have the police called (which my son was threatened with in third grade). Similar responses sometimes happen to autistic children, but it's rarely a response to those with Down syndrome or serious medical conditions that also require special education. These children are understood (correctly) to not be at fault for their behaviors or needs. They are certainly not seen as criminals.

Children like my son, however, are thought to be bad kids with bad parents. Schools in my area have been publicly criticized for too many suspensions for kids like him, especially when they're kids of color. The schools are working on it, but it is something parents of children with mental illnesses have to consider when we send them to school daily.

How Do We Get Proper Mental Health Screening in School?

I'm not sure what solutions may help support our children in their early lives. Maybe if our culture was a little more understanding of mental illness in general, we would better intervene at all levels. We could use mental health screenings in schools the way we screen vision and hearing, for instance. Changing the traditional classroom structure may also go a long way towards improving behaviors in some children.

Whatever the solution is, I hope it comes soon. Our kids could really use it, and parents like me would love to stop feeling envious, guilty, or lonely along this path.

Melissa David is a mother based out of Minnesota. She has two young children, one of whom struggles with mental illness.The support and wisdom of other parents proved invaluable to her in raising both her children; and so she hopes to pay it forward to other parents via Life With Bob. You can find her on Facebook and Twitter.
Autism vs. Childhood Mental Illness
Coping with Your Child's DMDD Outbursts and the Aftermath
Lizanne Corbit
June, 12 2017 at 10:23 pm

Great, informative, and most importantly -- helpful read! Thank you for sharing your insight, and experience. You bring up so many truly valid points when it comes to early detection in children. We need to be starting all of our children out on healthy, supportive foundations. Hopefully more discussions like these will spur change!