After next week, I will be responsible for Bob's appointments--psychiatrist (which I already attend) and therapist (which my husband currently handles). The question I'm asking, however--given last week's observations by the therapist--is should we even bother continuing with talk therapy at this point? 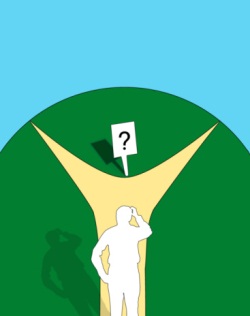 We're at the same point we were almost three years ago when we initially stopped Bob's sessions with this therapist. At that time, Bob had recently turned 7 and was still not medically stabilized. His therapy sessions were all the same--he would recite, she would listen, he would regurgitate. Lather, rinse, repeat. Not especially helpful for him, and not especially worth $120 a week and a minimum of two hours' time off from my job.

When we reached that point, I had a long talk with the therapist and expressed my opinion that, no matter how great the therapist, no one would respond to therapy who wasn't medically stable. I believed talk therapy would be useless to Bob until his state of mind was receptive to it. At the height of mania, everything introduced in that hour would go in one ear and out the other. The therapist (to my surprise) agreed with my assessment and we put things on indefinite hold.

Once Bob began his current medication regimen including lithium and Seroquel, his mood stabilized and it didn't appear he needed talk therapy. There didn't seem to be anything to talk about.

Until this past January, just a few months ago, when the familiar pattern began to resurface. At that point, I still had my reservations about talk therapy, but felt a Band-Aid was better than nothing at all. (At any rate, it didn't seem like it would hurt the situation.) Now we're back to that same point in the circle. 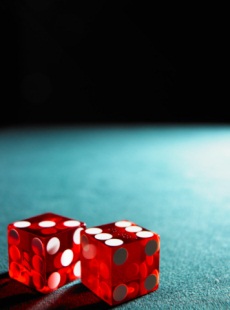 It's not that I'm afraid taking Bob to his therapist will interrupt my pedicure or tanning schedule. It's more a matter of resource allocation--if we continue to spend money on ineffective treatment methods now, that's money we won't have for possibly beneficial treatment later.

In the end, it feels like nothing more than a guessing game. Spin the wheel, take a chance. Only it's not a Brand New Car! that's at stake--it's my child. I'm not a gambler and I certainly don't care to gamble with his well-being. Unfortunately, I don't have much of a choice.

APA Reference
McClanahan, A. (2011, April 28). To Talk Therapy or Not to Talk Therapy?, HealthyPlace. Retrieved on 2022, September 30 from https://www.healthyplace.com/blogs/parentingchildwithmentalillness/2011/04/to-talk-therapy-or-not-to-talk-therapy

Raising Child with Mental Illness Requires Flexibility
Friendships Come Harder for Child with Psychiatric Illness
else
May, 3 2011 at 3:53 pm

I guess if I was thinking about it, I'd be wondering what the goals of talk therapy were...
Do you think a therapist can help him identify the patterns of his behaviour so that he might be able to act more socially?
Does he need a space to debrief about the difficulties in his life?
On the other hand, perhaps a talk therapist is useful as an expert monitoring his well being and development?
In the first two cases, I kind of agree with Dr Ferati that maybe creative or sporting activities that offer Bob some meaningful chances to succeed and connect with other people, might be more age appropriate... they may be more authentic ways for him to learn about who he is and feel like a valuable, worthy, likeable kid?
But if you want an expert monitoring his health from a psychological perspective, probably talk therapy is the place for that?
Just some thoughts, I'm in no way an expert, I don't even have children. Good luck.

I should to repeat what I have been written many times, that children are undue to talk therapy. Indeed, childhood is developing age where they haven't enough capacity to express and to understand verbal massages. So, to mentally ill children the suitable form of psychiatric therapy is occupation therapy ( for example: art therapy, drawing, play therapy and so on), because their psychological urges they may to discharge better by body spoken. This phenomenon in psychology is known as non-verbal (emotional) communication. In specific cases the prescription of medicament is therapy of choice, as it is the above-mention occasion. Verbal approaching at mentally ill children is reserved to their parents. Parents should to learn the effective skills of parenting, as difficult and responsible job. While parents of mentally ill children ought to commit themselves to an extraordinary mission. Firstly, they must be partner with their children in their treatment which handle the specialist of mental health. That mean, it isn't allowable any form of tutelage or negligence. Both are the samples of bad parenting, which in the other side worsen the respective disease of their children.