To IEP or Not to IEP? That Is the Question

I was recently asked, "Does Bob have an IEP?" 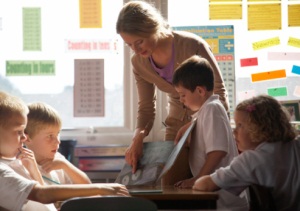 In simplest terms, an Individualized Education Program, or IEP, is a plan developed by the school, parents and other persons involved in a child's education to help the child succeed in school. IEPs are closely tied to IDEA 2004 (Individuals with Disabilities Education Act 2004) and were meant to assist children with mental and physical disabilities.

For Bob, who has bipolar disorder and ADHD, an IEP may include provisions for extra breaks (such as when he's becoming overwhelmed by noise or irritated by his classmates) and assistance with classwork when he's having problems (such as the spring, when he finds it most difficult to focus). It may include access to special services, such as one-on-one counseling or tutoring provided by the school district. It may also provide consideration for Bob's behaviors in light of his diagnosis (i.e., where another student may be automatically suspended for fighting, Bob would not).

I have a real problem with this. Yes, I believe his condition should be treated with as much seriousness as, say, a child in a wheelchair. But let's be honest--most of the rest of the world doesn't. (Most of the rest of the world isn't even so accommodating to people in wheelchairs, but that's another story.) If Bob gets used to the idea of having special provisions made for him because of his diagnosis, won't he come to expect that even after his school days are over? 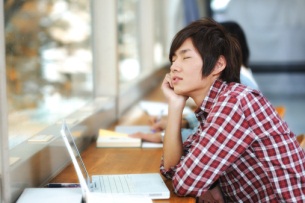 I believe he will. I've reached the age where new hires in my office tend toward the young side (just out of high school and college). I've had experience with young clerks who have grown up with IEPs and now think it's really no big deal if one day, they're just too depressed to get up and come to work. They don't understand that the same rules apply to everyone, because they've spent their formative years being told otherwise.

Bob already has issues with connecting his actions to the consequences they bring. Do I really need anything reinforcing his belief he shouldn't be punished for certain offenses? Does he really need the implication he "can't help" or "can't control" his actions because he's different from his peers? He already wants the world to bend to his liking--I don't think allowing it to do so for the next 10 years will do him any favors.

I may change my mind as he gets older and "zero tolerance" policies begin to take more effect. In the meantime, I would prefer to draw as little attention to his differences as possible, for everyone's sake.

APA Reference
McClanahan, A. (2011, April 5). To IEP or Not to IEP? That Is the Question, HealthyPlace. Retrieved on 2022, August 15 from https://www.healthyplace.com/blogs/parentingchildwithmentalillness/2011/04/to-iep-or-not-to-iep-that-is-the-question

My humble opinion ...
Just because others don't consider your son's illnes as they would a child in a wheelchair doesn't mean they shouldn't be acommodated in school. I don't think our children should have to wear it like we may be able to do - they don't have the knowledge and skill to do that. They are still learning and that's why they have us parents. The law provides for these acommodations that sadly are not offered to our kids ordinarily.
I can appreciate that you want to toughen your child up for the future, but it won't happen overnight. Our kids (mentally ill) begin from way behind the start line as compared to other kids. You have to look at where you are at this moment and move forward. Progress is progress - what more can you ask for? I think you have to give up the traditional timelines - in fact, give up any notions that are preconceived. Kids are amazing in their resiliency, and if you look, you will see it. That your son can be manipulative means that he is smart and does have the capacity to figure out so many things. I think kids want to do well and do when they can and when it is recognized.

That's a very interesting perspective. I'm not a mother, so I can't comment on a child's position, but I will say for my own, I've always been judged on my own merits and not had any special considerations for an illness (no more than any other person).
Which is not to suggest that others are wrong for seeking such considerations, because certainly sometimes they are necessary, but I think it sets a good example to be measured by the same stick as everyone else.
- Natasha