You may have heard of the five "survival roles" often taken on by alcoholic families--Chief Enabler, Hero, Scapegoat, Lost Child, and Mascot. Sharon Wegsheider-Cruse is credited with identifying these roles within families living with chemical dependency in 1976. I learned these roles in high school when I attended a meeting for children of alcoholics to support a friend. Imagine my confusion when, in the course of the meeting, I began to recognize at least a few of the characters within my own family, even though none of us were chemically dependent. (The survival roles have since been applied to the broader scope of "dysfunctional" families.)

A family is a single, cohesive unit (no matter how loudly some members may protest to the contrary). When part of the family doesn't function as it should, the other parts adapt in an effort to retain or regain that function as a unit. Every member contributes in some way. Unfortunately, even the youngest members of a family take on roles when the need is sensed. 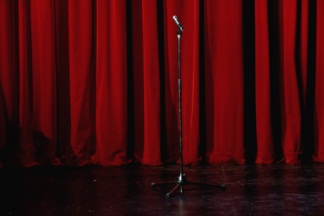 If you follow my video posts, you know we had some "Boblems" this week involving the school principal's cell phone being taken from its place on her desk by none other than my oldest child. Obviously, my husband and I were less than happy about this. After reading Bob the riot act and finally sending him to his room, we convened in our kitchen, wearing expressions of concern, anger and sadness all at once. We had barely spoken more than a few terse sentences to each other when our younger child, Two, rolled into the room (literally) on his little red rocket. I don't remember what else he did, but at that time, it occurred to me he had been particularly cute, sweet and charming since the interrogation of his brother began. (Not that Two isn't always cute, sweet and charming, but this evening, he'd been moreso than his usual.)

My husband noticed too, and pointed it out later that night. "It's sad how (Two) is old enough now that he knows when we're upset about Bob and starts doing stuff to make us happy." 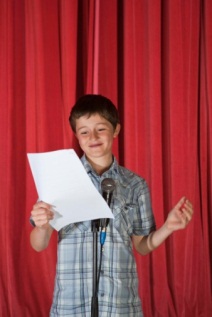 And that is, in simplest terms, the Mascot. The happy little clown who is always hard at work putting a smile on everyone's face, making everyone forget (if only temporarily) the big elephant in the room.

Speaking of roles...am I the "Chief Enabler"?

Besides others, family life needs from every member of family to respect and accomplish some obligations that maintain and support the complex psycho-social role of the same, as well as to develop the sense of understanding and joint act into familiar milieu. Otherwise, family as life dynamic system of community will become a dysfunctional unit, where survival roles of members to the same family would be disputable. That it to say, every member of family has specific and settled role on the subordinate connection between members of family. In this direction, the role and the place of Chief Enabler is substantial. Usually, such function takes on responsibility the oldest member of family. The carrier of this role should be also smart and wise person, with sense of co-ordinate and a man of great abilities of empathy. Sometimes this crucial role played any young member, who possess these management skills.

That is quite the truth in a way, I guess, in all forms of relationships, whether be it friendships or families, certain circumstances forces you to pick a role one way or another.