I've been job-hunting. Although currently employed, office politics (and, if I'm being honest, the 60-mile round trip commute) have led me to seek other options. So I find myself wondering--how much of my family life should I disclose to potential employers? 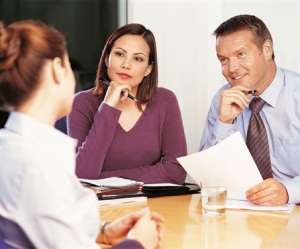 Obviously, there are certain things potential employers are not allowed to ask you during an interview, such as "Do you have any children with a chronic condition that will require you to take time away from your job?" For some reason, however, I'm always tempted to offer some sort of prelude, as if to test the waters before I jump in head-first.

A few months before Bob's 4th birthday, I started a new job. I hadn't told my new boss anything about the "Boblems"--mainly because there hadn't really been many. The few we'd had, I attributed to various issues--Bob's boredom, age, his father's and my separation, moving to a new place (denial, anyone?).

Three days in, I was called to pick up Bob for the day at 9 a.m. And again two days later. By the time I'd been there two weeks, Bob had spent at least four days with me in my office. 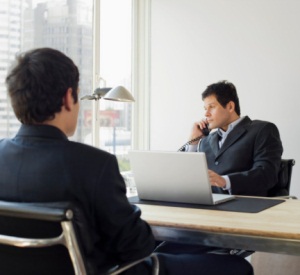 He would spend many more there in the three years I spent at that job. I was late at least once a week for his therapy, and would leave early whenever the need arose (i.e., a phone call from school). The custody litigation was also in full swing, so there were meetings with lawyers and social workers. And of course, things came to a head with Bob the spring of his kindergarten year--the year I was pregnant with Two--so in addition to prenatal appointments and fetal monitoring sessions (I developed gestational diabetes), there were meetings with psychiatrists and therapists and the occasional nap at my desk.

When that boss told me he couldn't afford to pay me maternity leave (as I'd been told he would, and two weeks after Two's birth), he turned it on me, citing my repeated Bob-related absences as his rationale. I did (and still do) think it was a BS excuse to get rid of me and hire someone at half my salary--but the fact remains, I gave him the ammunition he ultimately used against me.

Since then, I've wondered if I should forewarn potential employers when I interview--my kid has problems, I might have to leave now and then. But I'm not sure it's any of their business. If my child had eczema, or asthma, would I feel compelled to disclose? (Probably not--it seems employers are now looking for any reason to cut employees who give less than 150%.)

Ultimately, I keep my mouth shut. I say I have to take Bob to "an appointment" without specificity. If the need to more fully disclose ever arises, I will; in the meantime, I believe I'll keep that ammo to myself.

Spring Exacerbates Psychiatric Symptoms (Part 2)
What is "Normal" and What Is Not?