I Must Teach My Child About Mental Illness Stigma 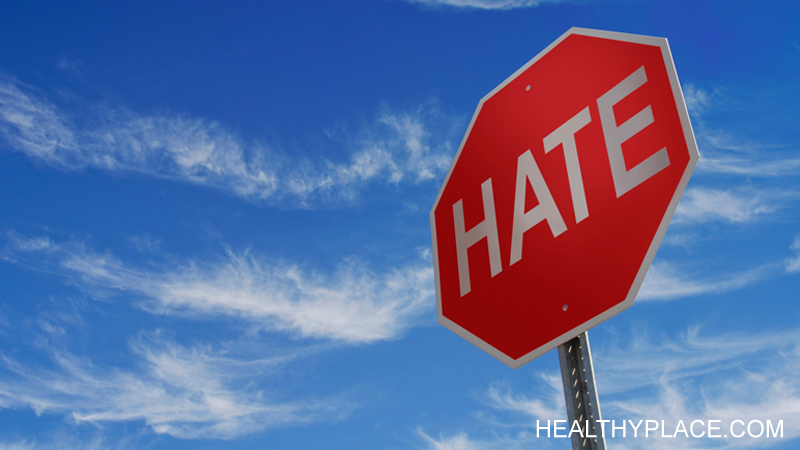 Visit any preschool in America today, and the message is universal--be nice to everyone. Unfortunately, that sentiment seems limited to the 5 and under scene. Mental illness stigma, and the hate of anyone too different is a lesson learned earlier than parents like to believe. I shouldn't have to teach my child about mental illness stigma. But I do.

I was summoned to the principal's office Friday afternoon when I picked Bob up from school. Apparently, he'd been involved in a fight with another student. The class had been lined up at the end of the day, and the other student had approached Bob from behind, grabbed him by the backpack he wore, and yanked him out of line. Bob turned and kicked, and the other kid fought back.

Despite my efforts to inform her, I don't think this teacher has much (if any) experience with children who have psychiatric illness. She expressed complete surprise at Bob's involvement in any trouble, given how "good" he's been since the first week of school. In turn, I expressed my own surprise that a third grader would be held to a standard of conduct (not reacting to a physical attack) most adults would be incapable of. She backpedaled somewhat, acknowledging Bob was not the instigator of the fight and suggested, if he was "very good" during his in-school suspension on Monday, he could return to class after only half a day.

After we left, I explained to Bob that, while I don't condone fighting, I understand why he reacted the way he did. I also explained that he has a reputation with this teacher, and no matter who is at fault, he will bear some portion of blame for any incidents he is party to. And it isn't fair, but it's reality, and his best defense is staying as far-removed from trouble situations as he can.

On Sunday, I found myself giving the anti-hate lesson to Bob. I told him I have friends of all races, orientations, religions and backgrounds and will not tolerate his bagging on anyone because of some real or perceived shortcoming.

If our current social climate were different, I might have stopped there. I didn't want to, but I felt I needed to go deeper.

"There are people who think you're bad because you're different."

He didn't miss a beat. "You mean because I take pills."

Somehow, he already knows. "Yes. And if we say, 'we don't like you because you're different too,' we're no better than they are, are we?"

Whether or not the lesson sunk in, I don't know. I'm sure he'll need refresher courses. I'm sure others will provide them all too willingly. All I can do is teach him my version, hope he listens, hope he takes the higher road, and hope he's willing to accept the consequences if he doesn't.

APA Reference
McClanahan, A. (2010, November 9). I Must Teach My Child About Mental Illness Stigma, HealthyPlace. Retrieved on 2022, June 30 from https://www.healthyplace.com/blogs/parentingchildwithmentalillness/2010/11/teaching-children-about-the-stigma-of-mental-illness