Parents Want To Be Good Enough

I posted this on my personal blog on 11/09/06. Bob had been 5 only a few short weeks. We were deep in custody litigation and still 18 months away from a real diagnosis. As you can tell from these paragraphs, I was nearing the end of my rope.

I like to revisit the old posts now and then, to remind myself not only how far Bob has come, but how far I have 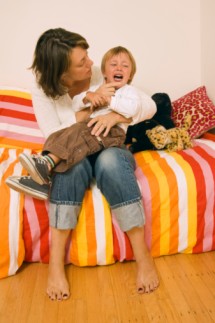 come--as a parent and as a person.

Being Judged As A Parent

I remember a CSI episode where Willows told the mother of a baby murdered by its toddler sibling, "you were under a microscope. Up that close, nobody looks good." That line stuck with me because it's just so true.

Every parent will be judged for his/her parenting skills at some point in their lives. A stranger in a grocery store parking lot admonishing you for spanking your kid in the checkout line. A preschool teacher who thinks you let your kid play too many video games. Another parent who thinks your daughter is much too young to be dating, regardless of what you believe. The good news is that the stranger at the grocery store, the preschool teacher, the other parent, and most of the other people who will judge your parenting skills aren't in a position to determine how much time, if any, you deserve to spend with your child.

Being Blamed For My Child's Mental Illness

There are times when I feel all eyes are on me. I have a 5 year old son. He has emotional and behavioral issues. People expect me to fix them, or at least find someone who can. People want to find a reason to blame me for them, because, I am, after all, the child's mother, and it's always the mother's fault in some way. (Don't believe me? Check out the latest research indicating how depression during pregnancy is responsible for psychological problems in children. Go ahead.)

I also have an ex who is, for lack of a better description, nuts. And because I wanted to be able to protect myself and my son from this person, I've had to get a whole slew of people involved. People whose job it is to scrutinize my every 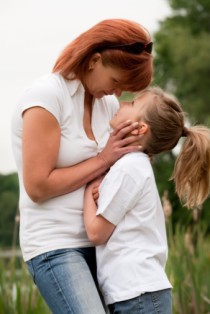 Perfection Isn't What It's Cracked Up to Be

So it shouldn't come as any shock to find out I have evenings where I just can't do it; where I come home and want nothing more than to sit in a chair and be left alone. Where I don't want to play any games or do any crafts or go to the library or do anything at all. Where I am not as capable of hiding my frustration at my son for his inability to control his own anger. Where I wonder when I'M going to get to have my outburst of screaming and throwing things and hitting others with sticks.