Part of having a child with a chronic condition is self-education. Whether you want to or not, you become a sort of layman's expert on whatever ails your child. I'm no exception--I know more about Bob's Bipolar and ADHD diagnoses (and others) than I ever wanted to know. The most frightening thing I've learned, however, is how little we actually know. 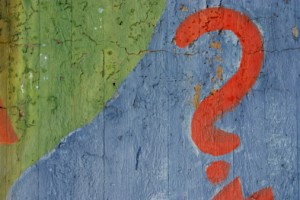 We have the DSM-IV (which my former roommate, a social work student, and I once perused for fun). We have the PDR to help decipher all those bipolar medication prescriptions. We have a fountain of knowledgeable sources on the Internet (some more reputable than others). We have the wisdom of psychiatric professionals who have dedicated their lives to the study.

It's all a bit overwhelming, isn't it?

Perhaps the most frustrating aspect of psychiatry is how vague it is. You can't see depression. You can't smell ADHD or anxiety. So much of psychiatric diagnosis is simple elimination--determine what a diagnosis is by ruling out what it isn't. But with so many very different afflictions sharing symptoms and the co-morbidity factor, it's anything but an exact science.

Conducting research is difficult, as well. No parent wants to willingly offer up their child as a lab rat. Ultimately, however, we do--when a firm diagnosis eludes us, we (under the guidance of our child's psychiatrist) start trying different psychiatric medications to see which ones offer hope and which ones fail. Treat first, diagnose later.

Impact of a Wrong Psychiatric Diagnosis

Which is why I have found myself--in bed at night, in my car, cooking dinner, brushing my teeth--asking myself the question that chills me to the bone:

What if we're wrong?

What if Bob doesn't have bipolar? What if he doesn't even have ADHD? What if it's something else? What if he didn't have ANYTHING in the first place, but the myriad prescriptions over the past six years have caused some sort of drug-induced psychosis? What if all his problems could be solved with one simple solution we never considered? 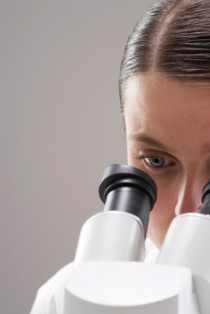 Still, the unknown--like everything else--can be seen from a different perspective. Research is difficult (and under-funded), but it's there. Color me overly-optimistic, but there's always a chance that eventually, the pharmaceutical industry will be able to deliver better than "good enough."

Hi, I am the mother of a mentally ill, mentally challanged 13 year old boy. We don't have a clue what he has, other than psychosis N.O.S. The experts of experts don't have a clue.
I am also a nurse on a psychiatric ward. As I read through the histories of patients with several admissions, they've had several diagnosis's, according to who the person evaluating them at the time was.
There are no defining tests for mental illness. No lab results, no Xrays, no numbers to compare. Just gray ideas, guesses, of professionals trying their best. And a trial and error or drugs, and when the antidepressants don't work, does that mean they are not depressed, even though they are unable to experience any pleasure out of life and have all the clinical symptoms of depression?
The antipsychotics just barely keeping a lid on the psychosis, just well enough for my son to attend school, until he starts to become more paranoid and bizarre in a couple of weeks and up goes the dosage again, with all the side affects, the days missed from school because he becomes so ill. And when the side effects slightly improve, his behavour worsen, so there goes the next increase, and so on an so on.
I pray for advances to be made in the treatment and understanding of mental illness. That is the one hope I have.