No Small Victories in Managing a Child's Mental Illness

About a week and a half ago, my son, Bob--who has bipolar disorder and ADHD--was prescribed Loxapine by his psychiatrist. Loxapine was added to his medications in an effort to counter his recent depression symptoms, as well as a concurrent onset of overwhelming paranoia, fear of being alone, nightmares, and sleepwalking.

This paranoia had been going on for at least a couple of months (Bipolar Disorder in Children: Signs, Symptoms, Treatment). Weekends with Bob were starting to drive me crazy from his following me constantly around the house. If I managed to get myself out of his sights for more than ten 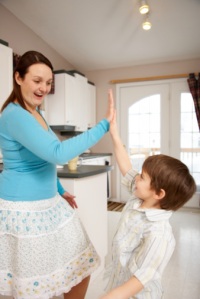 seconds, he would call out for me, only to say, "Just wondering where you were."

The nightmares and sleepwalking picked up speed, as well--while they've been a lifelong problem for him, he's been limited to maybe a few instances a year. Only last month did I find him sleepwalking in terror twice in a matter of days (What Are Night Terrors?). When I found him in our upstairs bathroom one night--and noticed he'd opened the window, presumably to try to escape some horrible dream--I knew I had to intervene.

I am not familiar with Loxapine. I am also not entirely thrilled to add yet another medication to Bob's regimen (his pill box rivals that of many seniors). That said, he's been seeing his current psychiatrist almost a year now, and I've come to trust her judgment (Psychiatric Medication Management). I filled the prescription, explained to Bob what it's for, and crossed my fingers.

I don't know if he's still having nightmares, but the Loxapine at least kept him sedate enough to remain (safely) in bed. He seemed to be less prone to tears and slightly less irritable than he had been lately. And then, a miracle.

Small Victory in Managing Child's Mental Illness Is a Miracle

It was this past Saturday, the kind of fall day that makes you think maybe this season isn't so bad after all. We'd taken the boys to the pumpkin patch that had been over-crowded and over-priced, and I'd been pleasantly surprised by Bob's lack of complaining when I said we were getting our pumpkins and heading home without taking part of any "extras."

I was putting away groceries when I realized I hadn't seen Bob in a while. I went upstairs and noticed his bedroom door was closed. I knocked, was invited in, and found him sitting on the floor building a ship out of Legos.

He was in his room. Alone. With the door closed. And he stayed there close to an hour. 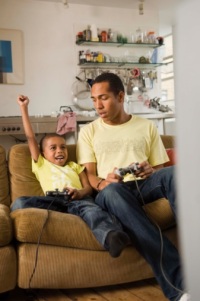 It happened again on Sunday--this time, he kept the door open, until his 2-year-old brother threatened to sink the ship.

It may seem like a small one, but I've come to learn there are no small victories when it comes to managing mental illness. Every good day at school, every argument-free meal, every hour spent playing alone in his room on a weekend afternoon--all akin to crossing the finish line at the Boston Marathon. We treasure the small steps forward. Sometimes, they make the big steps backward a little easier to bear.

APA Reference
McClanahan, A. (2010, October 5). No Small Victories in Managing a Child's Mental Illness, HealthyPlace. Retrieved on 2022, August 16 from https://www.healthyplace.com/blogs/parentingchildwithmentalillness/2010/10/no-small-victories-in-managing-mental-illness

Yes, you savour those small victories, they put the sparkle back in your life and once again hope.
In my case, we have a few days of settled behavior, let our guard down, and then psychosis re-emerges, and our newly found optimism, hope and security come crashing down again. My 10 year old daughter was crying because her brother was nice for a few days, then reverted back to his old self. Up the medication goes again, we once again have some settled behaviour - for now. Plus a cocktail of different colored drugs. And all the symptoms to go with it - obesity, lethargy, ridiculously increased heart rate, feeling sick, fatigue, extreme constipation that we can't get a handle on because he is cognitively impaired and can't cooperate with proper nutrition. We have to choose our battles to get co-operation on higher things up there in the priority list.
And to Melissa, our ten year old daughter has to sleep in our room because she is so traumatized by her older brother she can't be in a room by herself. She does not have mental illness, but she is extremely affected by his illness as we all are.

I finished reading your post and i just cried. I wish my daughter could spend time alone playing, reading a book or just resting. I have a 12 yr. old daughter that is so fearful of being alone and bedtime with her is heartbreaking cause I don't know how to help her. It's getting worse right now with halloween coming up. She is sleeping on our floor cause she says she feels so scared... she hears noises and even says she is seeing things. She does not go to the bathroom by herself. She has not been diagnosed with a mental illness yet but I know she is not well. I took her to her pediatrician and she just started seeing a counselor last week. We really need help. What did you see in your son first that made you realize he needed help?