You didn't believe my last post on Stigma of Mental Illness Affects Parents Too--where I claimed to feel 100% non-responsible for my son, Bob's bipolar disorder and ADHD--did you? If you, too, are the parent of a child with a psychiatric diagnosis, you likely didn't buy it. Chances are, no matter how much you tell the world--and yourself--otherwise, you can't help but feel at least partially responsible for your child's mental illness. Especially if you, too, live with a psychiatric illness. 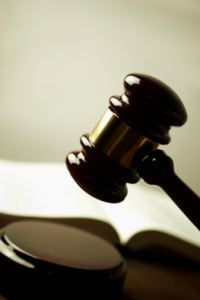 Lately, however, I've been seeing much more of me in Bob than I want to. The almost paranoid fear, the nightmares, the unrelenting sadness--all of them a mirror image of myself at his age. I cringe when some behavior of his suddenly takes me back 30 years and I realize I was exactly the same way. Although I do not have bipolar disorder, severe depression and anxiety have been my lifelong companions. Psychiatric and neurological disorders are highly common in my family. (Genetics, Family History in Bipolar Disorder) I know I gave him seasonal allergies and green eyes. The more similarities I see between myself and my firstborn, the more I wonder--did I give him crazy, too?

Children of Parents with Mental Illness: Am I To Blame?

Of course, I've been told from the beginning by strangers and some non-strangers that Bob's problems are all my fault. I don't believe that entirely--though I know the impact environment and circumstance can have on one's emotional health, I also believe the science supporting physical, genetic components to mental illness. I am not a perfect mother, but my actions did not give Bob bipolar disorder. The fact I am genetically defective, however, may have. To be honest, I'm not sure which feels worse. 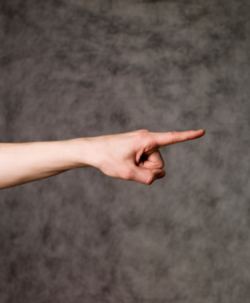 I try to keep it all in perspective and put a positive spin on it. It's not my fault I'm nuts, so it can't be my fault Bob's nuts, either. I do think perhaps my own struggles give me a certain advantage in being Bob's parent--I feel like I understand him a little better than I might otherwise; that I have more insight into his mindset than a so-called "normal" parent would. I am also hopeful this commonality will help in later years if/when Bob challenges the need for medications--it's easier to hear "you need this" from someone who needs it, as well. (Issues for Parents with Mental Illness)

Parental guilt can be a debilitating thing. We feel guilty for harming our children (intentionally or not), so we over-compensate by indulging them, frequently or occasionally. I like to hope I'll be able to use it to my advantage--and Bob's--by turning it around. Mental illness isn't something I bestowed upon my child. It's an unfortunate circumstance we can, hopefully, help each other understand and survive.

Stigma of Mental Illness Affects Parents, Too
No Small Victories in Managing a Child's Mental Illness
Lori
October, 4 2010 at 7:10 am

I have suffered with depression most of my life. Life was good when I responded to antidepressants for 25 years, but now they have all failed, so they've relabelled it bipolar depression. But the mood stabilizers don't work either.
My doctor blames in on situational crisis - my severely ill and extremely challenging/abusive 13 year old. What a pair we make.
I'm through with guilt. I've had enough pain pouring all my mental/emotional energy into helping my resistant son. Now I have none left for any of us, and that includes my husband who is also burnt out from taking over the hands-on care. Actually the majority of my energy does go into my 10 year old daughter, to try to give her some quality of life out of this toxic situation.
I got so low I even briefly felt it was much less painful to hate than to love my son. Loving him became so painful and so unbearable when he became his most abusive, even the work of the behavioral therapist ineffective - my son was just too ill. But then I got a slight reprieve from the abuse and living my life for the next bomb to drop. It gives me the ability to recharge and feel I have and love my son again - even with his other remaining challenges.
So no, I no longer have any guilt. He and I have both been dealt these cards, except he is much sicker than I, and barely functional.
Over-compensate by over-indulging him? My son is spoiled rotten - it's called survival. He rules the roost and always has, another by-product of my mental illness. Myself not well enough to say no, set firmer limits and keep to them - over-indulging of him by taking from my 10 year old, my husband, and myself.
Foster homes have been recommended to us. Never. Sure he would no longer be spoiled, he would benefit from hard limits and non-indulgence. But what else would it do to him and us to have him ripped from ours hearts, and we from his. As unfortunate as our situation is, he is 25% of the balance of our (dysfunctional) family unit. Although it is extremely difficult and sacrificing to live with him, even more so we cannot live without him. 2+ months in the hospital for him nearly killed all of us. The only benefit being the temporary peace it brought in the home for the 3 of us not having to live with our guard up. Foster care is the only obvious and painful solution for some, my hats off to the brave parents who can do so, in spite of the pain it must cause them.
I live for the day if he could settle enough so my own mental health could return. Please, please, please just let it be the teenage hormones just tipping him over. I'll gladly put up with the other challenges if he could just be a little bit happy and less angry and explosive with us.

Thank you for this post! I've been in recovery for an eating disorder for 11 years, and my husband was diagnosed with bipolar disorder two years ago. I have worried about passing on our "illness genes," but ultimately decided that--if our children do end up having mental illness issues--at least they'll have two parents who are modeling the behavior of recovery.
You can read a little more about our story (and my pregnancy) here: http://heatherwhistler.wordpress.com/2010/09/28/inheritance/

Childhood ADHD and Stealing: What's Going on with Your Kid?
Life with Bob
It's Not Unusual If Your Child Hears Voices
Life with Bob
Should People with Mental Illness Have Children?
Life with Bob
What I Do When My Child with ADHD Talks Excessively
Life with Bob
The Difference Between Oppositional Defiance (ODD) and DMDD
Life with Bob
Admitting a Child to Inpatient Psychiatric Treatment: A Parent's Perspective
Life with Bob