How Are ADHD and Homelessness Connected? 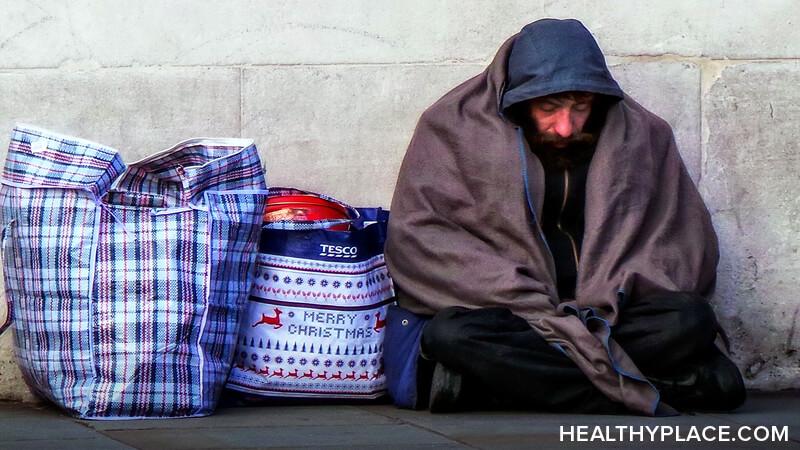 While some people with attention-deficit/hyperactivity disorder (ADHD) are wildly successful, a recent study has shown that there could be a connection between ADHD and homelessness. I am fortunate to have friends, family, and other resources to keep a roof over my head, if necessary. Still, I have a faint fear about ending up in a state of destitution. A large part of it is the sense of panic that comes with having ADHD, a creeping fear that, one day, your life will collapse around you. Because of that, it does not surprise me that some people with ADHD become homeless.

The Connection Between ADHD and Homelessness

There are a number of ways that ADHDers could end up on the streets. For one, it can be hard to find a job. Searching for work often involves self-directed networking and applying for jobs, which can be repetitive and tedious. It also requires a great attention to detail because some companies automatically reject cover letters and resumes with type-os.

Once they get work, people with ADHD can find it difficult to keep a job. They might miss deadlines and arrive at work late due to a kind of “time blindness,” developing a reputation for unreliability. They might feel restless in a dull position and under-perform. In addition, the inability to prioritize can cause problems for ADHDers both at work and at home, especially if they prioritize less important projects over essential tasks.

Another problem looms in the tedium of everyday life. Like anybody else, people with ADHD must keep track of bills, insurance, and other expenditures. It is all too easy to misplace paper bills or forget about paying monthly loans and rent. In addition, many with ADHD struggle with impulsivity and the desire for immediate gratification, which can lead to overspending and costly addictions. Because of all this, ADHDers sometimes slip into debilitating debt.

Research on ADHD and Homelessness

There have been few studies about ADHD and homelessness, and those that exist use a small sample size. However, numerous studies show that the homeless have a high rate of mental illness, which contributes to or results from their state of homelessness. One survey in Spain found that homeless people frequently have ADHD alongside other disorders, particularly personality disorders.1

The most relevant study followed 134 males over 33 years.2 Researchers selected white males from the same medical center who were of similar ages and socioeconomic status. They did not study males who seemed particularly aggressive because they wanted to focus on symptoms of ADHD instead of those potentially caused by other problems. Decades later, researchers asked the grown subjects whether they had ever been homeless for a week or more. Twenty-four percent answered yes, which was more than five times that of a comparison group.

This information demonstrates how important it is to recognize and treat ADHD. There are many ways to manage the condition, but ignorance about the disorder or reluctance to address it due to shame and stigma can lead to serious consequences for those with ADHD, including homelessness.

I am 46 and have been waiting over two years for a consultation to be assessed for adhd. I am currently in emergency accommodation due to my previous accommodation being a fire hazard due to excess clutter and an obsession with clothes, accessories etc - it didn’t help my stress levels that I was having to deal with a text book slum landlord, discrimination, victimisation and isolation. I am now organising a party for my son who has autism with PDA and adhd and most of his class has declined and if it wasn’t for siblings I wouldn’t even have the minimum number of 10 kids needed to book the party! I am so embarrassed and it’s hard enough that none of the mothers even speak to me but this a double blow to me and my son. And don’t get me started with money it just burns a hole in my pocket. I feel my life has been such a struggle but it wouldn’t of been if I had of known why 30 years ago….. my family are in complete denial and don’t have a clue what adhd is ….

older adults who passed through our school system long before our school knew about ADHD, if unable to hold down a job, the DWP's Healthcare Professionals "with their special training in disability analysis" are incapable of recognising any ADHD symptoms those suffering from undiagnosed ADHD will be treated as "unwilling to comply" the punishment is brutal, and leaves many unable to claim benefits this is why they are living on the streets with no help, STOP THE PUNISHMENT!

I believe I have all the traits but can't afford or find someone go too to get diagnosed...not only that but my family has all but disowned me even after asking them for help they don't understand my actions and think I am not doing enough to help my situation and now I'm homeless

I'm so sorry about your situation, Terri! Let me provide a few links:
Housing and Urban Development: each state links to a page where you should be able to find "Homelessness Resources" for that state.
https://www.hud.gov/states
Housing for the Mentally Ill: Where to Find It
https://www.healthyplace.com/other-info/mental-illness-overview/housing-for-the-mentally-…
Mental Health Hotline Numbers and Referral Resources
https://www.healthyplace.com/other-info/resources/mental-health-hotline-numbers-and-refer…
Thank you for reaching out, Terri. I hope you find support and housing soon.