Is It ADHD Perseveration or Hyperfocus? 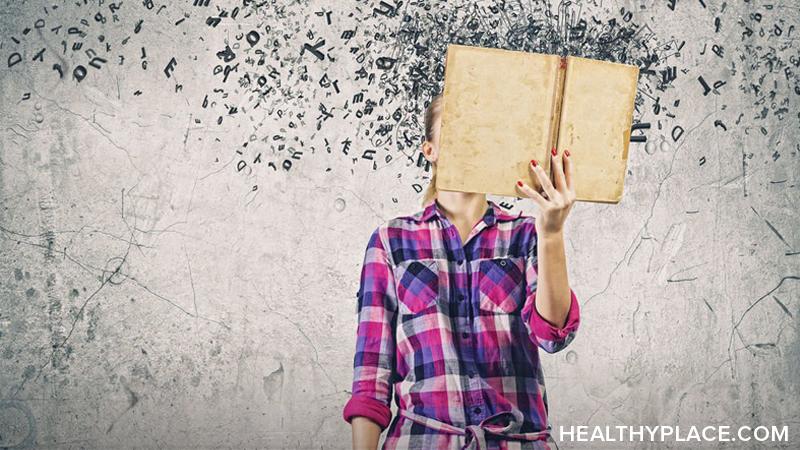 I first heard the term "perseveration" in a lecture by psychologist Russell Barkley about attention-deficit/hyperactivity disorder (ADHD) and hyperfocus.1 People with ADHD struggle with boredom, but they can often focus on things they enjoy. In fact, they can focus too much, obsessing over one thing and ignoring other subjects and tasks. Barkley suggests that ADHDers do not hyperfocus, as people with autism do, but perseverate. He defines perseveration as the inability to stop doing an activity at an appropriate time.

Many ADHDers describe their ability to hyperfocus as a superpower, but Barkley states that perseveration in ADHD is never an asset. I do not necessarily agree with him because people with ADHD can create, accomplish, and discover great things due to their obsessions. However, it is true that hyperfocusing can create burnout and make people less productive than if they were able to approach tasks in a more balanced manner.

Barkley's comment got me thinking about what perseveration actually is and how it applies to those with and without ADHD. In the video, I talk about the definition of perseveration and some of its symptoms (such as repeating the same gesture, behavior, phrase, or word).

Dealing with Rejection Sensitive Dysphoria (RSD) and ADHD
How Are ADHD and Homelessness Connected?
Roxanne
April, 28 2020 at 9:12 pm

I have a feeling we ADHD people just feel like we are hyperfocusing when we are really just focusing like a non ADHD person. But to us, those moments are fewer and farther between, so it's like "wow! I'm hardcore hyperfocusing". Hyperfocus implies an ability to do it at will. Which I cannot. But when I can stay on task for many hours, on something I am SUPPOSED to be doing, it is magical, TO ME. But would be normal for a non ADHD person. But, if I'm hyperfocusing, UNwillingly, , it is not a superpower. It is stuck. It is perseveration. ADHD is not a super power. I think people call it that because there is shame is being perceived as less intelligent. Which is certainly why I do not tell my employer about it. But we need to stop calling it a superpower. I'm relatively happy and successful DESPITE my ADHD. Not because of it. Russel Barkley is on point. I cried listening to his talks on youtube and finally went in for a diagnosis at 33.

Hi I just was In Ptsd treatment and was told I am not easily redirected at times when upset and will continue preserving on the topic. As a child I was diagnosed as "hyper". I found this To make sense

Hm, that's interesting. I think we often find out we have more than one condition when we treat one disorder, and there are additional or lingering symptoms. I also wrote a piece on ADHD and trauma (https://www.healthyplace.com/blogs/livingwithadultadhd/2018/01/treating-symptoms-of-adhd-…) if that would be helpful to you, and if you haven't already read it. Thank you for sharing!

Hi! My 8 year old son get “stuck” on topics that change every few months or so....last month it was Pokémon, then nerf guns, then geodes and now we are transitioning into dinosaurs. Although he was diagnosed with ADHD in kinder, this behavior has been going on for years and I never really knew it was a “thing”. Thank you for putting into words what I’ve been seeing. Hoping to get him some help before it hinders him socially as he gets older.

Thank you for sharing, I'm glad this helps! There's still so much to be learned about the condition.

r perseveration - I discovered this site last evening. I have watched your video and it is so helpful to me. My primary therapist has observed and spoken with me about my becoming “obsessed” wiith one thought, idea, or subject for extensively long periods of time. The first time she noticed was as I was reading a book - Smilla’s Sense of Snow. I began to develop a geographical interest in Nuuk, Greenland. I was legally prepared to change my name to Smilla Jasperson. It was really bizarre. Other obsessions were about The Humane Society of the United States and CARE. I adopted a dog and we were together for 5 yrs until I became so physically ill that it was negatively effecting her needs as a dog. Thank you for sharing this info. I’m going to share it with my therapist.

I'm glad it was helpful. I think a lot of symptoms of ADHD overlap with other conditions, like OCD. I hope everything goes OK, and thank you for your comment!

I can totally relate. There was a time I totally had body dysmorphic disorder traits as I became obsessed with a body part. And a number of other unrelated, passing "obsessions". The interest are fine and dandy until they affect our lives because we cannot resist the urge to put them above our true priorities, leading to anxiety/depression for failing to do what we know we need to do. uhg. All because of ADHD induced perseveration as the cause.