Balancing Dependence and Independence When You Have DID 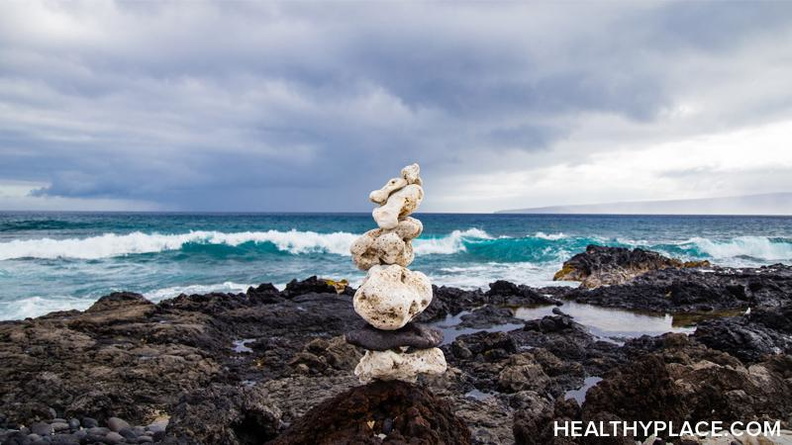 Knowing how to balance being independent and asking for help is hard enough, and when you have dissociative identity disorder (DID), it can be even harder to find the balance between dependence and independence. People with DID and other specified dissociative disorder (OSDD) have often experienced prolonged trauma in childhood, which, in turn, disrupts their sense of self and sense of their own abilities. This disruption can last through adulthood. But does that mean it's too late to learn how to balance dependence and independence?

The Balance Between Dependence and Independence

Childhood Trauma Can Cloud One's Sense of Self and Diminish Independence

More often than not, people with DID did not have an opportunity to learn autonomy and develop a stable sense of self in childhood. A child is not allowed to make any of his or her own decisions or do anything on one's own, stifling any sense of independence. Continued trauma and abuse, especially within families, leads to a dependence on the abuser. Asking for something may be a punishable offense, so the child learns not to be assertive and to depend entirely on others to make decisions.

This way of being often continues into adulthood and it makes life more difficult. Because I was never able to make decisions as a child, I couldn't make them as an adult. Even small decisions -- like deciding what I wanted to wear or what flavor of ice cream I wanted -- caused me tremendous anxiety. I just wanted someone to make the decision for me. I was completely dependent on others because that is how I was raised.

Human beings need help from other people -- that's a fact. Human beings who have experienced trauma, as those with dissociative disorders have experienced, need help even more -- and that's okay. There's no shame in asking for help. It's something we should have learned to do as children, without any fear or shame attached.

A Metaphor that Relates to Balancing Dependence and Independence in DID

Last year, while I was in an intensive outpatient program (IOP), one of the social workers introduced a lesson about ants and tigers. We first listed all of the qualities of ants -- they are small, work in groups, and depend on others for survival. Then, we listed the qualities of tigers -- they are large, fierce, and fight for their own survival. It is very much like dependence versus independence.

While others in the group chose either ant or tiger, I chose both. At certain times, I need to be an ant. I need to ask for help, much like I did when I chose to enter group therapy. I need to work with others, not just on the outside, but within my system as well. And there are other times when I need to be a tiger, like the time I had to be strong and fierce when I ran away from my abuser; I couldn't sit back and wait for someone to save me.

I'm still learning how to balance independence and dependence, but I now know it's okay to have both. My parts are learning, too.

We're not superheroes, but we're also not the children in danger we once were.

APA Reference
Matulewicz, C. (2018, August 8). Balancing Dependence and Independence When You Have DID, HealthyPlace. Retrieved on 2022, November 27 from https://www.healthyplace.com/blogs/dissociativeliving/2018/8/balancing-dependence-and-independence-when-you-have-did