The two dissociative symptoms that, once described clearly, are the easiest for people to relate to and understand are also the ones that have earned Dissociative Identity Disorder its undeserved reputation as a bizarre aberration. Identity alteration (experiencing the self as multiple) and dissociative amnesia (gaps in memory) are the two manifestations of dissociation that are mythologized the most. But it’s not because they’re too foreign for most people to grasp. On the contrary, in their mildest forms they’re downright normal. 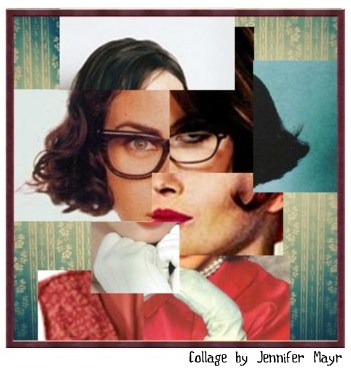 Tonight my son told me it bothers him that his father and I perceive him as quiet, reserved, and disengaged when he's in social situations with one of us. He explained that just because he keeps to himself in certain contexts doesn't mean he needs to come out of his shell. "I'm not like that at all at school," he said. His father and I know him as our son. And as his parents, our mere presence helps determine which sides of him we're allowed to see. We're not 12 year-old boys and we will never have the privilege of knowing our child as he is when he's among only his friends and classmates.

As someone with Dissociative Identity Disorder, I'm often frustrated by others' perceptions of me - perceptions based on who I am in specific contexts only. My son doesn't have DID, but like everyone else he experiences mild identity alteration; and he doesn't like being pigeonholed any more than I do. Just because he isn't sociable and outgoing when his father or I witness him among our adult friends - and he isn't at all - doesn't mean he's an unsociable person.

All of us, to some extent, have a public persona or face we present in formal situations and a private persona when we feel free to let our hair down. This conscious form of identity alteration that we perceive to be under our control is generally not associated with dysfunction or dysphoria and is not considered to be a problem or a sign of a disorder. - The Stranger in the Mirror, Marlene Steinberg and Maxine Schnall

Like all of us, my son wears different hats. He's School Chum Sam among his buddies and Keeps to Himself Sam among groups of adults. That's identity alteration. It's also entirely normal. If he perceived one of those versions of himself as alien, if he denied the existence of Keeps To Himself Sam altogether and had no recall of the time he spends among the grown-ups in his parents' lives, that would indicate a far more severe degree of dissociation than can legitimately be classified as normal. Those of us with Dissociative Identity Disorder do experience that level of identity alteration. But I think it's vital for us to remember that what we experience isn't an entirely different phenomenon. It's exactly the same phenomenon, amplified to such an extent that it's no longer in keeping with the average person's experience.

Normalizing Dissociation Part 4: Identity Confusion
Why Normalize Dissociation?
daughterofdid
May, 27 2014 at 10:56 am

I do not have D.I.D. but I have long wondered if my mom does. My father and her divorced when I was 19. I witnessed her symptoms become more obvious as she was under more stress. She would act, speak, write differently and adopt a different set of memories and personal beliefs as she switched between multiples. She sometimes confided stories of horrible abuse at the hands of her father, then claimed I made up the whole conversation - when I would comment on it later. She didn't seem to remember telling me. I once heard her have a yelling match... with herself... in different voices. I want to help her but we haven't spoken in 3 years because she is highly critical of me and I felt it was a toxic relationship. She is a retired psychologist herself and doesn't feel there is a problem. She refuses to acknowledge that she has a mental illness, because she feels that would somehow be a failure on her part. I am going to invite her and her new husband to my wedding, but I want to find a way to reach out to her first. How do I do that? Any ideas?

Yes, I'm enjoying the series.
I resist labels from anyone but myself, but the one I've had the hardest time with is dissociative disorder (DID-NOS). My best defense is being jaw-droppingly self-sufficient and 'normal' ... this is entirely at odds with me admitting that parts of me feel alien and inaccessible.
Oh, I *know* I have an instinctive, habitual, and pathological reliance on dissociation. The divide between my parts is obvious every day with my husband. My physical, mental, and emotional reaction to my family of origin is surreal in ways only people with a dissociative disorder can understand. The evidence could not be more clear. Dissociative disorders are a spectrum and I am on it 'like whoa'.
But other than acknowledging that I use dissociation as a defense -- it hasn't really played a part in my therapy. Regardless where I sit on the spectrum, I understand that what I need (therapeutically) is actually more of the same thing: learning to accept myself as I am, which may indeed be a set of rapid-cycling identities. Like Castorgirl, I can't celebrate being a multiple. I don't give names to my parts. I simply take care of me and let the rest sort itself out.
BW,
Eliza

Often I can tell the identity alteration is not in the normal range because the part which is "out" feels like she isn't me. It feels like there's two of us within and we don't - or at least we think we don't-share the same traits. She (the alter) might be a helpless, desparately lonely little girl and I (host) am a competent, somewhat lonely adult.

This is the aspect of DID that I find particularly difficult to grasp where I am on the continuum. Everyone shows aspects of themselves, depending on the situation, as you mention. I therefore find it easy to place my experiences in with that norm, and wonder what the fuss is all about. It's only when I take all of the different symptoms that I experience, and put them together, that I see the overall picture of dysfunction.
I say dysfunction, because I am not able to do the things that I would like to do on a daily basis. While I'm thankful that the dissociative coping allowed me to get through some difficult times, I'd like to be able to adopt healthier coping mechanisms that allow me to do more things.
Interesting series Holly.
Take care,
CG