Managing the self-sabotaging behaviors that make life with Dissociative Identity Disorder so difficult doesn't mean getting rid of them. It means learning to live with them; recognizing and investing in the opportunities for growth inherent in self-sabotage. For me, that requires (1) acceptance of those behaviors, no matter how repugnant, (2) honest communication devoid of the power struggle that characterizes instinctual responses to self-sabotage, and (3) welcoming compromises that allow me to keep moving. When I discovered an alter was blocking internal communication, I was surprised to learn that all three of those things are possible. But it was the compromise that amazed me the most, and ultimately changed my life. 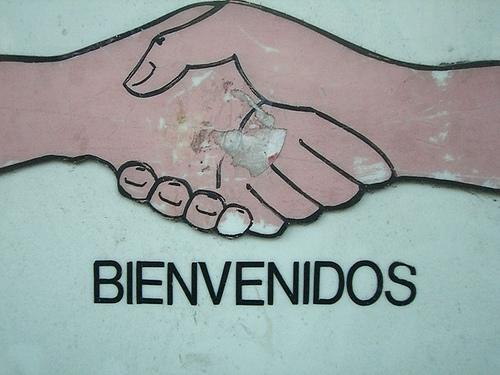 What Does Welcoming Compromise Involve?

For me, the keys to successful internal compromise are to:

Compromise Can Make All the Difference

Prior to this compromise, I was completely walled off from my system. Today, though we're by no means a fully co-conscious, highly cooperative system, internal communication is possible. Not only that, but I don't struggle anymore with the crippling self-doubt about my diagnosis that is so common to those with Dissociative Identity Disorder. Where I once had to limit my exposure to DID literature, now I can read what interests me - including material from detractors of DID - without shaking my sense of truth. I am completely "out" about my diagnosis, without any internal backlash. The difference between life before this compromise and life after is remarkably profound. I still wrestle with my mental health, but this one fight at least has been put to rest. This is why I say self-sabotaging behaviors, though upsetting, aren't what we think they are. They're opportunities, not unruliness we must get in check.

Don't give up. Self-sabotage may yet be the key to your freedom.

Holly- I read this and once again something very distinct comes to my attention. Love... learning to love each part individually and myself as a whole has been a key to making so much of my healing work easier. It is easier to communicate and function when you have parts on board cooperating. I view my parts as a family of sorts. We do not always agree or get along but ultimately they know I love them and respect them for doing whatever they had to do to keep me safe during my childhood. It wasnt easy for me to understand this at one time but the behaviors that I considered unacceptable were often behaviors that were imperative to survival at one point in my life. With love comes trust, my trusting other pars and them trusting me. This trust is what leads to a more cohesive time line of my life and a lot less time loss these days.

Thank you for reading, Suede. :)

I have to admit, I have read this over several times because lately my mind has been anything but clear. Quite frankly, it's been a chaotic mess. In all my cluttered thoughts, I just wasn't able to wrap my mind around the concept of my self-sabotaging behaviors being opportunities. That was until today. It actually makes perfect sense to me now. It's a concept that my therapist has been trying to get across to me using different words, but I just haven't been able to grasp. In a way, self-sabotaging is a form of communication. It's a cry for help...from within. In my case, I seldom listen, which creates a lack of trust, then more chaos. What just clicked for me today was the fact that I did compromise with a member of my system over the holidays this past year, and the benefits I reaped from doing so were amazingly positive. The thought of spending the holidays with my very toxic family was tearing me apart. I was getting migraines daily, losing time, self-harming, etc, etc... I was having trouble sleeping one night, so I decided to start writing. All that I could write was, "Please don't make us go, please don't make us go. You always make us go. Every year we have to go". I sat there and said outloud "We don't have to go." I slept through the night, and my migraine was gone when I woke the next morning. I followed through with that commitment, and I had the most peaceful holiday that I could remember in years. So my self-sabotaging behavior was the key to my freedom over the holidays this past year.
I think that compromise is something that we have to continuously practice. In other words, it's not a one time deal. I am no where close to being "in" with my system because I did that one positive thing. That is something I have to remind myself. However, I was really proud that I made that first step, and hopefully that was one step closer to parts of my system trusting me, and sharing their wisdom with me.
I really like how you say that you needed to feel whole more than you needed information.
"The chief motivator for following through is reaping the benefit of my system’s wisdom." --- I also love this. Beautifully worded.
I understand and appreciate what you are saying about your former therapist. It sounds like you respect her talent and potential for treating DID patients, but she could only take you so far. I think that one day this will be the case with my therapist. She is extremely talented, and I am learning so much from her right now, but I can see that she will only be able to take me so far in my healing process. So I'm glad that you were able to do what was best for you, and your system at this stage of your journey.
"I still wrestle with my mental health"
I think that is very brave of you to acknowledge.
I'm sorry that I rambled so much through this. Maybe my mind is still full of clutter!

Hi Mareeya,
I love the way you explain it: "In a way, self-sabotaging is a form of communication. It’s a cry for help…from within." I totally agree. Thank you for sharing such a great example of compromise from your own life. What's more, you described all three components of managing self-sabotage:
Acceptance - Your decision to write that night reflects some acceptance on your part. Acceptance that, like or not, you weren't going to get any sleep for the moment and you might as well stop fighting it and do something else.
Communication - Not only did you communicate, it sounds like you did so without resistance. You just allowed yourself to receive whatever messages you needed to hear.
Compromise - You made an agreement and followed through.
Excellent real-life example of managing self-sabotaging behaviors, thank you so much for sharing that. I'm glad readers will have your story to relate to. Sometimes hearing the concepts just isn't enough. It's easier to make sense of things when you hear examples of these ideas in action.
I also really appreciate your point about needing to continually practice. The experience from my own life that I described produced really dramatic results ... but I think that's the exception rather than the rule. More often, we get positive results but they aren't quite so life-changing.
"However, I was really proud that I made that first step, and hopefully that was one step closer to parts of my system trusting me, and sharing their wisdom with me."
You have every reason to feel proud of that compromise. The situation you described is one that often gets those of us with DID caught up in a loop of pain, resistance, dissociation, intensified pain, intensified resistance, more dissociation, and on and on. You stepped out of the loop, let go of your end of the rope and gave yourself some peace. That's a powerful healing decision.
Don't worry, your comment wasn't rambling. (Sometimes my communication feels really all over the place and choppy when I'm feeling more fragmented but it's more an issue of my mental state coloring my perceptions rather than me actually communicating sloppily.)
Thanks for commenting, Mareeya. Always appreciated.