Did Going off to RISD Cause My Schizoaffective Disorder? 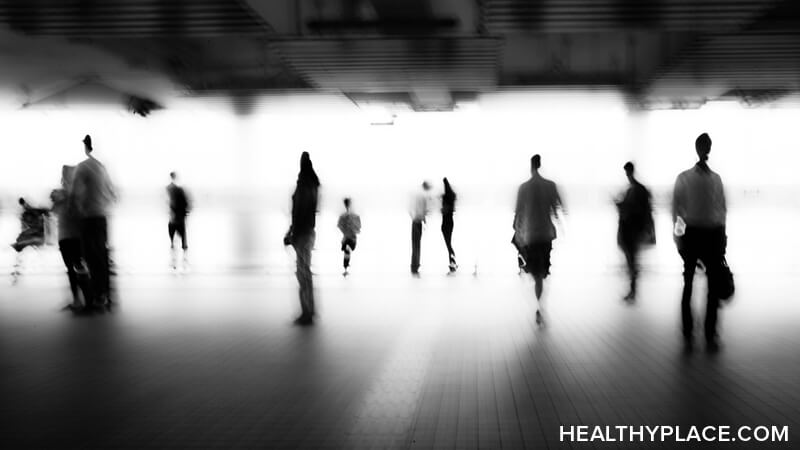 Did going off to the Rhode Island School of Design (RISD) right out of high school instead of starting at The School of the Art Institute of Chicago (SAIC) cause my schizoaffective disorder? Even though I transferred to SAIC from RISD in the middle of my sophomore year, I seem to love to torment myself with this question. I know, deep down, that I probably would have developed the illness anyway.

Schizoaffective Disorder Is Caused by Genetics

Schizoaffective disorder runs in my family. My uncle had it. And my psychopharmacologist says it’s caused by genetics. But there are also life-related triggers.

So I still wonder.

What I really think is that, if I had not developed the illness in college, I would have developed it later down the line. The worst scenario I can imagine is developing it after I was married, and having my husband bail on me.

I am married. My husband, Tom, probably wouldn’t have bailed on me. But would we have even met if I didn’t have schizoaffective disorder?

That’s why all this time traveling is dangerous.

I think the reason I’m so mad at myself for going to RISD out of high school is two-fold. First of all, I felt in my gut that I would rather stay in the Chicago area for college--the idea of moving across the country scared me. I didn’t trust my gut. And part of the reason I developed schizoaffective disorder at RISD was that I was so far away from home--that and two toxic roommates my sophomore year. The second reason I’m mad at myself is that I bought into my affluent, competitive high school’s indoctrination that you should go to the most prestigious school you can. RISD was deemed more prestigious then, I believe, because it has that East Coast appeal. But, having been to both schools, I am convinced SAIC is the better school.

I Should Know My Schizoaffective Disorder Isn’t My Fault

Awhile after we got engaged, I had a difficult spell with my illness and was hospitalized in the psychiatric ward of a nearby hospital. My Dad confided to Tom that this probably wasn’t what he was bargaining for. Tom said he knew what he was getting into. Tom visited me every night I was in the hospital, and he even brought me sushi.

I guess what I’m trying to say is that, while it’s a shame I developed schizoaffective disorder, I developed it at the best time in my life to deal with it and begin proactive treatment. After all, I was 19, and late teens/early adulthood/college is when most people develop it. This, somehow, makes me feel more assured that it was genetic, and not my fault. But I should know it isn’t my fault anyway.

Tags: cause my schizoaffective disorder

APA Reference
Caudy, E. (2020, July 23). Did Going off to RISD Cause My Schizoaffective Disorder?, HealthyPlace. Retrieved on 2022, December 7 from https://www.healthyplace.com/blogs/creativeschizophrenia/2020/7/did-going-off-to-risd-cause-my-schizoaffective-disorder