A Medication Change Helped with My Schizoaffective Voices 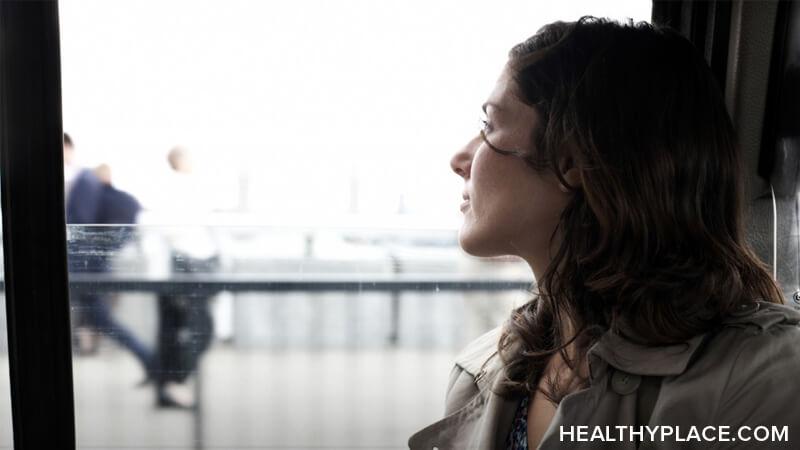 My psychopharmacologist and I made a medication change, and now I’ve only heard schizoaffective voices once in over a month. Here’s what it’s like to bring this schizoaffective disorder symptom under control once again.

It’s Been Liberating to Nearly Silence the Schizoaffective Voices

First of all, the one time I did hear schizoaffective voices over the past few weeks was last night—and they only stuck around for about 10 minutes, rather than for an hour or more like they would have before my medication change. Of course, I was heartbroken to hear them at all when I’d gone such a long time without encountering them. But, at the same time, I was encouraged that they went away so quickly.

It’s been liberating to not have to worry about hearing voices. I’ve been able to push myself and do things that ordinarily make me anxious because I didn’t have to worry about an episode of voices. I am always well aware that the voices aren’t real and I don’t do anything they might tell me to do. Also, since I know while in the middle of an episode that they aren’t real, I can get things done and be capable even while hearing them. Still, they are very stressful and I know that many people find them unmanageable—too much to try to white-knuckle through them without seeking help.

Hearing schizoaffective voices is never easy. Around the New Year, the voices were particularly bothering me. They were aggressive—more than just the type of background noise of inane chatter that I’m used to. So, I called my psychopharmacologist and we changed my medication dosage. I still heard voices a lot, but they weren’t as troublesome.

What kind of “inane chatter” am I referring to? People always want to know what the voices say. So, I’ll indulge you. Last night, they were saying, “She hears such beautiful noises”—meaning the voices. They also accuse me of smoking, when I haven’t smoked in over seven years. My husband, Tom, thinks they just say whatever is kicking around in my subconscious. I still dream about smoking, so maybe the voices are referencing that. When they say how “beautiful” they are, maybe it’s my subconscious trying to tell me I’m beautiful.

I know I’d rather not hear schizoaffective voices at all. But it’s so much better to be hearing them once a month compared to twice a week or more. Also, I was hearing voices that lasted for hours and now this last episode ended in 10 minutes. I’d say that’s pretty good. This is one time when a medication change worked out for the best.

The medication change is challenging. It's hard to withstand the withdrawal and overstimulation from people, places, and things. You are brave to undertake a change so willingly. Myself, I think that it's all hurtful that the mind would play a trick on itself. More importantly that many stimulations are registered as bad. Suppose that you decided to stop believing the psychosis is real. Good for you! Hope one day I can do the same. As for right now, it's all fun and games until the voices gets they feelings hurt and tables turn on them.

Dear Shalonda,
Thank you for your comment. You're right, medication changes are challenging. You are also right that it's hurtful that the mind plays tricks on itself. I'm sorry you are struggling. I hope things get better for you.
Take Care,
Elizabeth