Schizophrenia, Schizoaffective Disorder and the Hospital

I was living with my fiancé (now my husband), and asked him to take me to our local mental hospital because of frequent suicidal ideations (thoughts) I was having due to my schizoaffective disorder. No one could understand why I needed to be checked into the hospital; after all, I had an engagement ring on my finger. The truth was that my schizoaffective brain had a very hard time grappling with this huge life change. For one thing, except for college, when I was first diagnosed with schizophrenia, I had lived with my parents my whole life. For another, I was now going to be sharing my life with another person, and as wonderful as he is, at the time it was a very stressful prospect. We were 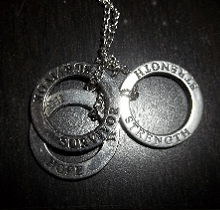 planning to remain child-free, so at least there wasn’t that added stressor. But, to give you an idea of how stressed out I was, I developed serious acne while I was engaged when otherwise my complexion had been flawless. My fiancé really proved himself when I was in the psychiatric hospital. Some of my relatives even questioned him about whether he knew what he was signing up for. He simply said, “I know.” He visited me every night I was in the hospital and even brought me sushi one night. I will never forget how much my husband cared for me when I was in the hospital for suicidal ideation. We weren’t even married yet and he could easily have walked away from his schizoaffective bride-to-be.

This is really hard for me to write about because I'm sorry to say I've done it. I'm not going to tell you exactly what happened in case it's triggering, but I have self-harmed. The second time I self-harmed, when I was in my 20s, I had abruptly been taken off my antidepressant because it started causing me to have seizures. The first time I self-harmed I was a teenager. It was before I was diagnosed with schizophrenia or schizoaffective disorder or on any medications and I was really bored, lonely, and depressed.

The reason I’m writing this now is that I have been having suicidal ideation and thoughts of self-harm recently. I blame the time of year—I always get really crazy around February and March (which is when I’m writing this). Winter and short days have lingered too long by then. I also blame the current episode on the fact that my antidepressant is being tweaked. Whatever the reason, I would never act on these impulses because I’ve seen what suicide can do and I wouldn’t want to do that to my friends and family, especially my husband. I have a support system that includes my husband, my parents, my therapist, and my psychopharmacologist. However I might feel now, I know I will get through this.

Hi there colleagues, how is the whole thing,
and what you would like to say concerning this post, in my view its really amazing for me.

Hi
Thanks for blogging, it always helps to learn from others xo I can relate to your hubby and the comments "do you know what your getting into" and the other classic "why don't you just leave?" Lol wish I had a dollar for every time Ive felt or heard that, I'd be rich lol yes it is hard at times when hubby is really unwell and struggling, but aren't all relationships hard? Its hard when your partner has cancer (mine has it too but noone EVER says why don't you leave when I say he has Leukemia, go figure lol) My hubby and I have an incredible high level of trust and honesty, more than I have experienced in any relationship, our communication skills have grown and flourished. We communicate at a level you dont always see in relationships, we have had to do this, but I see it as a bonus. The unconditional love we have is beautiful. I KNOW he loves me with all his heart, I FEEL that xoxo He has taught me to be patient and kind and how we dont always know whats happening in others people lives to make them act like they do. I have learnt kindness and empathy for others, how small acts of kindness can mean so much. He has taught me strength in times of darkness and on really hard days. Those days he fights to stay alive from suicidal and self harm thoughts are days of EPIC battles and he has the strength to get through them, wow I really admire his strength and if he can get through those days then I can get through my tough days. He has taught me how to seperate the person and their illnesses, I know whats him and whats his illnesses. He has taught me to never give up, when you get knocked down you get up again, in the best way you can and start moving forward again. So if people ask me if I knew then what I know now would I still be with him....my answer is definately YES because if we hadnt been on this incredible journey together I would never have know such GREAT LOVE, and the loving relationship we have is sooooooo worth it, I wouldnt want to miss out on experiencing that for anything.

I'm glad you posted that comment. It was nice to get a perspective from a caretaker/spouse so I know better what my spouse goes through.

Living as a paranoid schizophrenic is not entirely easy. There are times that I feel Gorda phobias, and I just want to be left alone. I don't want anyone or anything around me to see me. I develope headaches and anger, become aggressively violent verbally. I do what I can so that I do not become psychicly violent. I don't ever want to hurt anyone, I become overly protective of the people around me, well beyond my own self worthyness. I do my best to keep environments cope aseptic. The calmer I can be the more I get to smile. Peace in chaos..... not being the center of attention.

Being calm is key. Thanks for posting.

My brother was diagnosed schizophrenic about a month ago. He is in a mental hospital now getting treatment. He actually doesnt think he has the disease, which im reading is almost normal. He doesnt seem to care to much about his hygiene.... he had a lot of acne on his body when he left for the hospital.
I am glad you are writing, blogging. I hope it helps you with your thoughts. Be thankfuk you have a fiance that loves you enough to go through this with you.
God bless!

I'm sorry about your brother... but know it does get better. I am thankful for my husband every day. Thanks for the comment.