Handling Constructive Criticism When You Have Depression 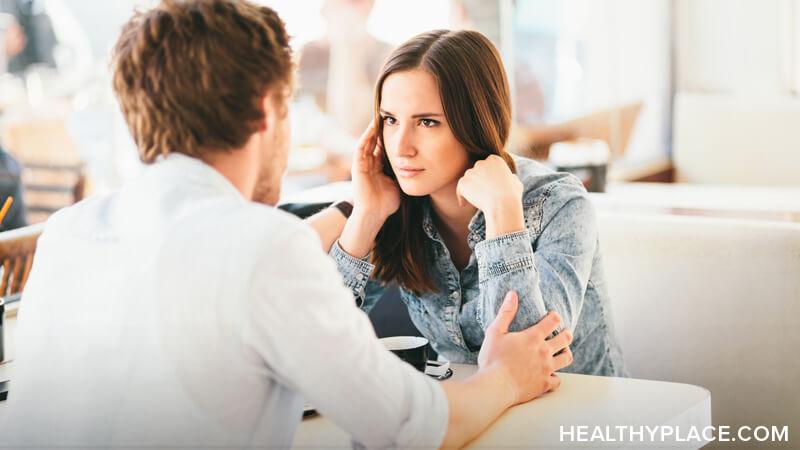 Keep in mind that the kind of criticism I'm talking about here is positive and gentle. It's the kind that's meant to build up and encourage us to work toward better lives for ourselves. It is not the kind spoken out of anger or ignorance, nor is it the kind that blames or criticizes us for having depression; the key word here is constructive.

How I Handled Some Constructive Criticism in Depression

Last week one of my teens told me he didn't enjoy talking to me now as much as he used to. When I asked why he reluctantly told me it's because my anger has turned to bitterness. He said that I "rant" almost every time we talk. While he acknowledged that I have legitimate reasons to be angry, and he, too, is angry about many of the same things, he told me that my anger is making me a bitter person. It was hard for me to hear, especially because depression tends to cause me to internalize everything. I cried a little. I was upset at first, but then I realized he was right.

I took a deep breath and thought back over the past several months. I replayed several incidents in my mind. I was not happy with what I remembered. Anger is a necessary and healthy emotion when directed properly, but bitterness is not. I don't want to be bitter, and I could have been if my son hadn't brought it to my attention through constructive criticism, depression or not. While not easy to hear, his words put me on a path toward healing a part of myself that would certainly have worsened my depression.

When we are given constructive criticism, we have two choices. We can either allow our depression to control the situation and use it to feed our negative thoughts, or we can build on that constructive criticism and take positive steps toward improving ourselves. While our initial reaction may be the first choice, this doesn't have to be where we stay. We're not stuck. Healing is a journey, and it's not going to be consistent. We will have brighter days mixed with darker days. The important thing is that we keep going. When someone who genuinely loves and cares for us offers constructive criticism despite our depression, let's take it in the right context and not allow our depression to put a negative spin on it.

To learn how to identify some possible causes of anger and ways to work through anger due to depression, watch this video.