People with borderline personality disorder (BPD) often have issues with abandonment (Common Borderline Personality Disorder Symptoms). Last week I terminated therapy with my therapist. I struggled with the decision, as I know that those of us with BPD sometimes blame others for our emotional pain. Therapists are frequently used, in acute stages of BPD, as the reason for all of our emotions, both pleasant and unpleasant. This can bring up abandonment issues for those with BPD.My therapist felt annoyed with me for cancelling too many appointments. He was so angry that he refused to communicate with me about it, not even to say, "We can talk about this in our next session."

I knew he had a valid reason to feel angry, but since he had never mentioned feeling annoyed with me about anything before, I was surprised and hurt by his refusal to talk to me. 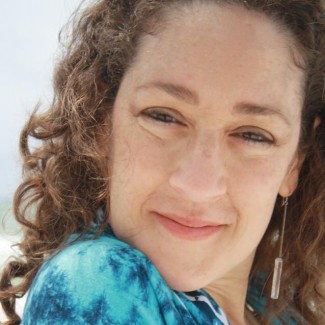 I asked myself, "Have I ever felt abandoned like this before?"

Many scenes flashed through my memory. Abandonment is usually a key issue with borderlines. I knew that I was feeling the pain of every time I had ever felt abandoned, not just the one instance with my therapist. He was not to blame for my intense feelings (Fear of Abandonment Due to Mental Illness).

I waited four days for him to communicate with me, hurting all the while. I finally decided that I did not want to work with a therapist who would abandon me when he felt angry with me. It was not the anger that bothered me. It was his refusal to talk. I cry when I think of all the good work I did with this therapist. He knows things about me that no one else knows, but it is time to move on.

Fighting Against Emotions Is a Way of Abandoning Ourselves

Though I think I made the best decision for me, I still feel a great deal of loss. Instead of fighting the grief and pain, I allow myself to feel whatever is there to feel. I have learned, in my 52 years of life, that avoiding emotional pain is what causes suffering. Sometimes I have hurt so badly that it felt like the pain might kill me, but it never does. I would rather let myself cry than fight against the tears, which hurts even more. I am not saying we should dwell on our pain, but that we should allow ourselves to feel whatever is there to feel, and love ourselves through it all. Let's not abandon ourselves.

Abandonment and Borderline Personality Disorder -- No One Is Perfect

We're all learning how to manage this thing called life. Therapists are not perfect. They laugh and cry just like we do. I know my therapist didn't intend to hurt me. I evidently did something that pushed one of his emotional buttons, and he temporarily lost touch with his therapist role. That's okay. I'm not mad at him, but I must take care of myself.

Have you ever felt abandoned? Do you fight against your emotional pain? What are some difficult things you have done to take care of yourself? Let's talk.

Introduction to Laura Lewis, Author of ‘More Than Borderline’
Borderline Personality Disorder, Manipulation vs. Honesty
Jill
August, 22 2016 at 3:20 am

Wow. These messages were exactly what I needed to hear this morning. I've been diagnosed with ADHD, bipolar and in recovery for alcoholism. While working the 12 step program of AA I came to the realization that my biggest fear is of abandonment. Sounds like what you are describing.
I also got fired from a psychiatrist many years ago for missing one appointment. I cried for weeks and contemplated suicide over this abandonment. In my opinion professionals should be ashamed of themselves for being so UNprofessional. I should have taken it further but the fear and unmanageability of the task was too daunting. So I've suffered in silence.
Anyway, thank you all for sharing. I always find out I'm not alone with my illness. The 12 step program is phenomenal. God bless!

I have been I a relationship for over 5 years with a woman who I thought had many issues but I ignored them. Then one night she picked and moved and emailed me and blamed me for everything. After researching it I believe she has BPD and the "splitting" she did also was done exactly as the research I have done described. She left everybody everything and gone. She has done this before and before. What next. I believe she doesn't know but needs to know. Thoughts?

Thank you for sharing, I know that takes a lot of strength.
I could use some advice if it's not too much trouble. I'm 95% certain my friend has BPD. However she was previously diagnosed with Bipolar disorder combined with ADHD. I guess my question is how do I know for sure? And how can I convince her?

Hi....I have to totally agree with "ME". This is the 1st. time in my life that i've had to trully concentrate on all this, cause my grandparents (who raised me) either were in denial or juz didn't want me to feel different. Well, i lived with them my whole life,my grampa died right after high school, then a few yrs. ago my grama died. Well that's when i realized they never owned property, they only leased. So not only did i have to deal with the fact that my grandparents R gone & not coming back, but i gotta leave my hometown & try 2 find someplace i can afford on my SSI income, be by myself, no family left, no transportation, no social worker.....juz all alone & no one to turn to. And the rest is hard enough 4 even me 2 believe let alone tell someone else & think they'll believe me. I trully don't know what to do. i feel exactly the way "ME" explained it!!!!

I have a daughter with BPD and I have bipolar1
The important thing to over come is the feeling
that these mental health issues are a life time problem.
That your mental health can be managed over a life time.
That you can be recover to a point where banding yourself
with a mental illness is no longer a good thing to dwell on.
Recovery does take work and theopy- but the goal must always
be to return to normally - remembering always the road that
you have taken, and the means to help if required .
Bill

Unexpected abandonment can cripple someone who has BPD emotionally and it can cause a great deal of decompensation. It is one of the most painful experiences a person with this disorder can have.

I am 66 now but when my therapist (a woman) decided she could no longer deal with me and all my problems a few years ago Omg I thought I would die from the pain I was feeling! I understand how you feel. I was in my 40s then but I do remember my terrible pain. Obviously I got thru but it was difficult and I have never been able to trust any one like that again.

Kudos to you for acknowledging your part in the painful breakup (since that's basically what it was)! For someone with BPD to acknowledge their feelings & their role in relationship difficulties publicly is a very big thing. Your therapist probably should have referred you to another therapist rather than cutting off communication. Alisabeth's therapist sounds like a rock star! Insightful story.

Thanks for the kudos, "Concerned". It feels good to be acknowledged.

I have missed many of my therapy sessions. Luckily, I have a therapist who understands. Sometimes I'll miss weeks in a row. He understands and says "that's okay. I'll be here when you make it in" and has even called to check in on me before. This disorder can interupt our entire lives when feeling in autopilot. This post makes me really appreciate my therapist so much. Thank you for sharing!

Alisabeth, thanks so much for sharing. i'm glad your therapist understands. I know it can be challenging to work with borderlines. I've been on both sides of the fence. But some of us (borderlines) are working as hard as we know how to work to understand ourselves and heal. I'm grateful that there are professionals that see that drive in us, and honor it. Hang in there.

Wow-
You obviously know nothing about the disorder or those who struggle with it. At times, you feel on top of the world and seek out help for your affliction-
Other times you feel as if you are on auto pilot, moving through molasses and can only accomplish the absolute necessity of obligations for the day.
I could go on, but if you cared you can research it yourself.

"Me", thanks for commenting. I do care. Sounds like you are really hurting. I get that. Wish I could say something to make the pain go away. Your pain, and mine.

You say you're 52 but you sound more like a self centered child than a fully grown mature adult. A spoiled little brat even. Waaaaaah, poor baby, abandoned just like little orphan Annie. Geesh, wake up girl and smell the coffee! The world does not revolve around you. Your therapist made time for you and what did you do in return... missed appointment after appointment. He abandoned YOU, seriously? If I were him I wouldn't want to waste anymore of my time talking to you either, I'd be too angry. He provides a valuable service and there were other people he could have been helping when you didn't show up for your appointments. Someone possibly more committed to doing the work involved to get better. Someone who valued his time more than you did. Do you even understand how selfish you sound? I'm also guessing that when you didn't show up for your appointments your therapist didn't get paid. Remember, he was PAID to listen to you. (The key word is paid). It's his livelihood, his job, how he supports himself, pays his rent/mortgage, etc. He's was never your friend, he was simply your therapist. You appearto have blurred the boundaries somewhat between these two

"Another Point Of View", thank you for taking the time to comment. I agree that my previous therapist had good reason to be mad at me. I messed up. It was his refusal to work through the conflict that I found unprofessional. Still, I do not blame him or anyone else for my own painful emotions. This seems to have stirred up emotions in you. I'm interested, if you want to share more.

wow... do you even have bpd beacsue if you did you would realise that all you 'stated' above are all actual symptoms and reactions to certain situations, you are rude and obnoxious and probably only being this rude because your teying to make this person feel how you feel inside your rotten you havent got bpd youve got an evil streak and as for saying they need to grow up maybe you need to get a hobby and stop picking on vunerable people yes be honest but jeez theres a way to go about you its like you intentionally meant to make this person feel worse than they already probably do. people make mistakes they shouldnt be rudely judged for them

Emma, thank you for speaking up. What is it that you are trying to beat? Maybe I could direct you to helpful resources.