In this way, BPD is similar to dissociative identity disorder (DID) (formerly known as multiple personality disorder). The difference between DID and BPD is the extent of the dissociation. People with DID completely dissociate and don't remember becoming that other personality. People with BPD do remember these experiences but still remain controlled by the mode. Unless they've had exposure to schema therapy, borderlines--and the people close to them--are not generally able to understand or characterize these schema modes as dissociation. They simply feel themselves--or witness the person in question--becoming very emotional and reactive. Periods of dissociation, or shifting into these personalities or modes, are how people with borderline personality disorder have learned to survive.

My Alien Schema Mode: A Facet of My Borderline Personality Disorder

My partner and I actually discovered my schema modes before being taught about them or even being exposed to schema therapy. We noticed that when I felt hurt or triggered in some way, I would become very different. Sometimes I became angry, sometimes mean, and other times I would shut down completely. My mannerisms and facial expressions would change depending on the mode into which I was shifting, and I would behave in a unique way specific to that mode. 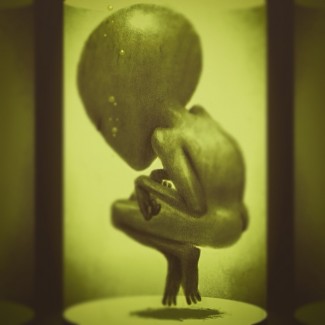 One time, I was triggered and shut down. In schema therapy, this mode is called the "detached protector." However, before I knew about schema therapy, I called it my alien mode because I felt like an alien. I would withdraw and alienate. I would curl up into the fetal position and be unable to speak or think. Schema therapy understands this mode as "protecting" the person experiencing it by helping them escape the situation that is overwhelming them. As I was shifting out of the mode, I was able to communicate to my partner that I felt like an alien, and from then on we called it the alien mode.

Attaching words to the experience helped us identify and understand what was happening, as it was happening. My partner learned to let the alien pass or hold me tight in this mode, instead of getting upset herself. Not only did the concept of mode-shifting help us identify what was going on, it helped us to tolerate the distress the mode caused because we knew it wasn't me. Eventually, we were able to prevent them from happening as often by confronting them and working through them while I was in them.

The Other Schema Modes of Borderline Personality Disorder

Other schema modes of borderline personality disorder discussed in schema therapy include, but are not limited to, the angry child, the abandoned child, the punitive parent, and the healthy adult. You can think of them as child-like or adult personalities that take you over. The healthy adult is the healthy mode we aspire to be in. This mode is your personality when you are coping well. People without borderline are in this mode most of the time, while people with borderline prior to recovery may very rarely be in this mode.

If you have ever been so angry that you yelled and threw something, you were probably in the angry child mode, which is fueled by feelings of victimization and bitterness. As a nurse, it has been helpful to understand my borderline patients as being in this schema mode when they are angry because instead of reflecting the emotion back at them, like so many people do, I can understand that this mode is really protecting a self-doubting, vulnerable person who feels unsupported and doesn't have the skills to cope better with the emotional trigger. When we feel sympathy for a person with borderline (including ourselves) by understanding the functions of the modes, we can better validate, de-escalate, and assist in recovery.

This is scary...as a young kid, I would emulate anime characters changing modes...I used to "shift" all the time or I would say I'm putting on a mask or channeling another part of myself that I named...I always tried to make it like I have different versions of me that I would call out to deal with different things. >_>

Wow....great explaination and guide to help me accept and nurture myself . And so very relieved to know the DID parts of me are a common symptom .....I was terrified to say anything about it to anyone in case they locked me up !!! .....and I think I'm a fairly high functioning BPD ......... The stigma !!! .......has kept even me from being totally honest . THANKYOU for the read .....helped me loosen up !

This entry is a God-send. A light bulb went off in my head and am like "yeah- thats what i do alllllllll the time".
Through out the years i felt like i had multiple personalities in different situations, and i noticed that other people didnt have this "adaptive" mechanism when they were going through something.
I never really thought that it pointed to something internally, and i never gave thought to explore it. I will now, totally, but when am more of my calm and balanced me.
Thank you so so much for this.