My Experience With BPD Doctors in a Failing Mental Health System

As mental health consumers with BPD, many of us have been failed by the mental healthcare system. It failed me. For years I floundered -- in school, in my relationships, with my identity. Diagnostic failure due to ignorance and stigma within both lay and professional communities led to inappropriate treatment, a laundry list of medications with severe side effects, and ineffective approaches in therapy. My interactions with doctors in both hospital and outpatient settings were not only unhelpful, they were traumatizing. The flawed system cost me years of my life and hundreds of thousands of dollars in ineffective treatments and tuition lost on unfinished semesters of college (not to mention lost earnings and productivity). Only recently did I uncover the truth and begin my recovery. Additionally, work in the mental healthcare arena allowed me to witness insufferable hate crimes committed by colleagues every day. Composure required more self-control than even the most well-adjusted are capable of maintaining and a constant reminder of the realistic pace of progress.

Sympathy for Borderline Personality Disorder Doctors in a Failing System

If you're like me, you're angry for having been failed, and rightfully so. But it's important to understand that the vast majority of problems are a result of a system failure and are not necessarily any individual's fault. As dialectical behavior therapy (DBT) instructs, all people--including BPD doctors--are doing their best with what they have. And a lack of resources and training around BPD means that many don't have much with which to work.

Most doctors, nurses, and therapists treating borderline personality disorder clients find those clients to be very difficult, more difficult than working with other client groups. Similarly, nearly all doctors express high frustration feelings, such as anger, impatience, and agitation, when working with BPD clients. It's not entirely surprising, however, considering the stress of the job. BPD doctors experience grief, associated with sadness, pain, and loss, and related to feeling inadequate. The negative emotions and difficulties in treating BPD patients stem from an awareness of BPD patients' suicidal tendencies. Ultimately, a lack of training in therapy methods addressing these tendencies is responsible. 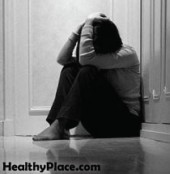 Like families of people with BPD, doctors feel inadequate, isolated, and stigmatized. While families experience "surplus stigma," borderline personality disorder doctors experience "courtesy stigma" or "associative stigma" and feel isolated within their profession. While these issues are addressed with psychoeducation, the stigma of being a mental health consumer as a doctor can be fatal to one's career. More emphasis on psychoeducation for everyone would communicate mental health's universal importance and the valuable role of the professional.

Much like their patients with BPD, doctors have learned maladaptive coping as a response to the emotional stress of the workplace. To protect themselves from burnout, clinicians have learned to avoid BPD patients, and if this possibility does not exist, as for staff of an inpatient psychiatric facility, they have learned to depersonalize and mistreat borderlines. However, in Nhat Hanh's words:

I believe that the mental health profession doesn't know exactly what this is or what to do about it.

Great post! I have recently accepted that I have BPD, not Bipolar Disorder. Part of why it has taken over forty years to get to this point is that my mother is a psychologist and her own issues and prejudices about BPD pushed her from believing that is from what I have struggled for so long. I am trying to let go of the anger at both her and the professionals who took her at face value while I displayed every single symptom in their presence. They didn't want to deal with it either! I just wonder what kind of societal/community reaction an oncologist would get if he pushed away all the tough cancers that were often deadly? Would his colleagues agree with him and justify his behavior? I have been around a lot of therapists (not only my mom but also my ex-husband who was also a therapist) and I have heard this over and over. I finally, just shy of turning fifty, looked at the criteria for BPD. It was so difficult as I had feared, irrationally feared, this diagnosis. Now, facing it with an excellent therapist, it is so freeing. I get it, and it is damn hard, but I see what I have to do. I'm taking the time I need to try and get this right and I am doing all I can to stop this prejudice. Thank you again for this post.

Thanks for sharing this good article.I appreciated your writing skills.I work with Pocket Full of Feelings,provides fabulous parenting programs with incredible videos.
http://www.pocketfulloffeelings.com/pages/videos - Keep it up with those article.

Great article, I can certainly agree with you. I worked in the Mental Health System for over 13 yrs. now I suffer from Depression, and other health conditions, and of course the words I constantly hear from 'family, friends, and associates', is 'Just get over it, move forward, shake it off", of course people who aren't educated about Mental Illness, Depression, etc have no clue what it's like to live in a body that one struggles with daily...

A totally agree with what you are saying
Friends of our family, father and both sons, worked in a psychiatric facility for a number of years but it didn't make them immune to suffering and mental illness.
The youngest son was dealing with some difficult issues and tried reaching out to his sister who was too tired to talk that night. He asked his older brother for a gun supposedly to protect their chickens from coyotes but instead he shot himself.
Both the brother and sister live with crippling guilt every day
The older brother who currently works in a forensic psychiatric institution is now an alcoholic just like his dad before him
Then a couple of years later the father got cancer but he didn't want to endure suffering through chemo, radiation, etc so he too shot himself.
Those in the mental health field deserve our compassion and respect as well... they are not super human beings. They have weaknesses and failings just like the rest of humanity

Thank you for this excellent article. It IS important to remember that both patients and staff are doing their best at any given time. This outlook absolutely reduces stigma, judgement, and increases mutual respect. Without this respect for the other, it is difficult to reach the goals of therapy in a psychiatric as you refer, as well as any medical setting. When a nurse colleague in tears, asks about her medical patient: "Why is he treating me this way?". I respond, "Please, try not to take it personally, because it's really not but, rather because of his situation. He is doing the best he can." (At this point a counseling evaluation may be appropriate but, not always welcomed by the patient.)