Do Psychiatric Patients Have the Right to Painkillers?

When I was in Richmond State Hospital, I heard from multiple patients on different units that they had trouble getting painkillers that had been prescribed. In the case of Vicky, this was true even though the painkillers were not narcotics. And in Eric's case, when another doctor administered painkillers, staff were furious. It raises an interesting question, "Do psychiatric patients have a right to prescribed painkillers?" 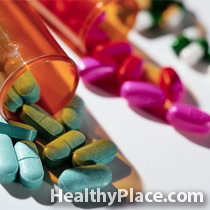 "Eric is talking about filing a lawsuit; which has apparently terrified the administration. I don't know how he'll find a lawyer: I had a legitimate complaint against Community North, even got them cited for multiple violations of state law, but no lawyer would take the case, probably because I wanted it taken on consignment. So goes the hymn in The Balak Scales 'The justice of this earth, O Lord, hath put Thee to death.' Or, as Leonard Peltier said, 'It seems the innocent pay the highest price for injustice.'

It'll be difficult to prove, but if he gets a lawyer he has a good chance of winning."

I don't know what happened. But I do know that once I was transferred to a different hospital, I saw a doctor within a week. After a week of treatment, my back was fine.

An Argument For Prescribed Medication

While at Richmond, my illnesses and injuries were not taken seriously. For example, they did not fill my rescue inhaler because I might use it to get high. This backfired when I had an asthma attack and they had to use another patient's inhaler to get me breathing normally. In addition, my ovarian cysts were diagnosed as "gas" by a nurse, and a back injury went untreated for several months despite it making it hard for me to walk.

Medications can be vital to a patient's functioning and should be given when prescribed. This raises the question "What if he/she is going to abuse it?" Well, my answer is that's a minority of patients, and that's their fault and their problem. Maybe doctors should look at why the patient wants to get high instead of denying needed medications.

Argument For A Right To Medical Treatment

In 2009, I was in a bus accident. Long story short, I knocked my spine out of alignment. I thought I knew what pain was! Even though the pain was so bad I was hallucinating, staff at my apartment did not want me to seek medical treatment. After physical therapy failed to ease the pain, staff planned to send me to the chronic pain clinic to learn how to live with it. Thankfully, a chiropractor was able to fix the problem.

I once read that almost 50 percent of people with schizophrenia reported that doctors aware of their psychiatric diagnosis took their physical complaints less seriously. I'd like to see a stat like that on psychiatric patients in general and especially for substance abusers. This leads to another question, "Do psychiatric patients have a right to medical treatment?"

The answer is yes. All people have a right to medical treatment, and psychiatric patients are no exception. Just because we have a mental health diagnosis doesn't mean we don't get sick or injured. And we, like all people, have the right to be believed when we say something's wrong.

APA Reference
Oberg, B. (2014, January 14). Do Psychiatric Patients Have the Right to Painkillers?, HealthyPlace. Retrieved on 2022, May 29 from https://www.healthyplace.com/blogs/borderline/2014/01/do-psychiatric-patients-have-the-right-to-painkillers

Ways to Keep Your Sanity In A Natural Disaster
3 Songs That Aren't About BPD - But Could Be
Karen Williams
February, 19 2014 at 2:36 pm

Before doing a large study, look at your workers. I would hate to even suggest it but these things are not uncommon. Some may have their own addictions, or they are removing them and selling them or they may have a middle man. Cameras are helpful but most people know how to avoid them. I taught school and live in a small town in the South. I've seen and heard many things that, I wish I could unsee and unhear.