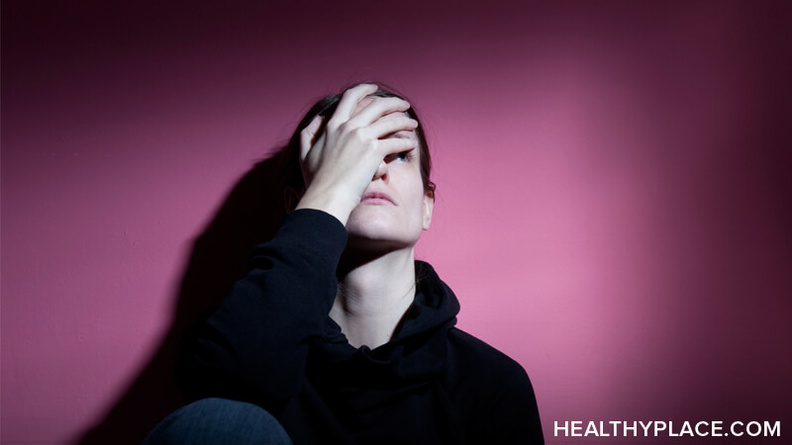 In addition to borderline personality disorder (BPD), I experience flashbacks and intrusive memories--symptoms of post-traumatic stress disorder (PTSD). Both disorders manifested around the same time, which has caused several mental health professionals to speculate that my BPD is a type of PTSD (Subtypes of Borderline Personality Disorder). Symptoms I experience include flashbacks and intrusive memories, which manifested when I was a freshman in college.

What Are Flashbacks and Intrusive Memories?

Both flashbacks and intrusive memories are related to reliving a traumatic event. During a flashback, the person thinks they are back in the original traumatic situation. In a sense, he/she has disconnected from the present and is stuck in the past. During an intrusive memory, the person knows they are not back there, but the memory is so powerful he/she may as well be. 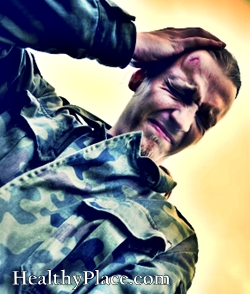 "Flashbacks are not a sign that you are losing your mind, but rather that some traumatic material is breaking forth into your consciousness," writes PTSD expert Dr. Aphrodite Matsakis in her book I Can't Get Over It. "The more you deal with the trauma on a conscious level--by talking about it, writing about it, or otherwise getting it out into the open--the less need there will be for it to appear in flashbacks or nightmares." The same is true of intrusive memories.

Dissociation During Flashbacks and Intrusive Memories

A common way for survivors of traumatic events to deal with flashbacks and intrusive memories is to dissociate. Dissociation is a way to disconnect from pain that's too severe to face at the moment.

According to Matsakis, Dr. Bessel van der Kolk identified four kinds of dissociation. In the first kind, the senses and emotions disconnect. While the person may see something, they don't react as expected or at all. The second kind is called "depersonalization", and it occurs when the person feels like a robot or a thing instead of a person. The third kind is a detachment, which often results in partial or total amnesia of the traumatic events. In the fourth kind, the memory is compartmentalized, with the extreme form being dissociative identity disorder (formerly multiple personality disorder).

I've seen all four types of dissociation among people with BPD. For example, I self-injure when I start to suffer from depersonalization. I cut myself, burn myself, or hit myself in order to feel something instead of nothing. For me, self-injury is a way to deal with unbearable emotional pain by feeling physical pain.

I also have a partial amnesia of traumatic events. I have had to learn to accept this and recognize that my mind just isn't ready to face the pain of the past. Maybe someday I'll be able to face it, but for now there's either no memory or a very hazy memory.

Living with Flashbacks and Intrusive Memories

Each person has to find his or her own way to live with flashbacks and intrusive memories. What works for one may not work for another.

Mindfulness meditation is one way to help. Watch your thoughts come and go without judging them. Center yourself in the present and focus on staying aware of your surrounding environment as well as your emotions.

Another way to help is to visualize a safe place. When things get too intense, respond by visualizing your safe place. It can be a real place or imagined place--what's important is that you feel safe there.

Talking and writing about it is another way to deal with it. Give voice to your pain. Give sorrow words.

Ultimately, you have to find what works for you. But know that eventually something will work!

How a Video Game Gave Me My Life Back
Does Substance Use Make Borderline Personality Disorder Symptoms Worse?
Jackie F.
March, 26 2019 at 10:07 pm

Has anyone ever falsely confessed to a crime only because of your BPD and PTSD? I am going through this right now and am looking at alot of time in jail. I'm so confused and scared.

[…] example, let’s pretend you are unable to get to your safe place because you’re having intrusive memories of abuse in an inpatient psychiatric hospital, as happened to me recently. Here’s how I handled […]

Mpang123- I attempted suicide 5 years ago by taking an overdose. Serendipitously, I was found and taken to hospital via ambulance. From there, I was transported to a psych hospital by ambulance. Because I didn't remember anything, after being released and taking time to recover, I went to the hospital and obtained my records. I had to know what happened.

I saw one word that sent my mind reeling.After 40 year,J would have never dreamed the word accident could give me disturbing images of something that was NO accident.I was 15 at the time.We were having tag team wrestling during our free time after lunch at school.One of my classmates was angered by our team winning,and caught me at a vulnerable moment.She grabbed me from behind,flipped me over backwards.I completely missed the mats,and was slammed onto the floor.I felt my ankle hit the floor hard.I felt a shock go all the way up my leg.Although my ankle was broken,I felt nothing after.I could not move! I really did not know what to do!

I keep having flashback memories of when I attempted a major suicide attempt that resulted in me being on life support for 9 days. I don't remember much because I was unconscious when EMS found me and I was in a drug induced coma until I woke up on the 9th day. I now keep wanting to know every detail of what happened to me while I was unconscious and in a coma and what procedures were done to me to save my life. The lack of information keeps me wondering and I want some closure, but I don't seem to be able to do that. I obssess on constant thoughts haunting me from what little that I do know about what happened by what others told me, but I always seem to want to know more. I probably will never know everything, so I need to just move on and just be grateful I'm alive and well. I guess I have PTSD because of the traumatic event, and it scares me to even think that I would want to attempt another suicide act. It's just getting over the obsessive thoughts that bother me and I need to process it so I can heal. I do attend group therapy, but I don't want to sound like a broken record if I keep mentioning the same thing over and over again. However, I need to get it out of my system and I guess it's going to take time. I journal a lot and that seems to help a little. Anyway, I think I will eventually get over it. What do you all think?

It's normal to want details on what happened while you were unconscious. Have you tried asking to see your hospital file? That's usually available to the patient if he/she asks. As for sounding like a broken record, I wouldn't worry. It's important to talk about what bothers you. Journaling can also be very helpful, so keep it up. You'll heal eventually.

sometimes it isn't worth trying to find the past. It's hard enough to cope with the present...re: many therapies, stay in the moment.

sometimes it issn't worth trying to find the past. It's hard enough to coope with the present...re: many therapies stay in the moment.