Can One Put A Price On The Right to Heal?

I thought of the comeback several weeks later. The accusation--"You liberals must think that money grows on trees." My too-late reply--"I'd rather think that about money than human lives."

According to an article in the Nov. 15, 2010 Indianapolis Star, a Republican Senator from outside Indiana demanded a list of doctors prescribing drugs covered by Medicare and Medicaid. Iowa's Sen. Charles Grassley claimed he is concerned that certain medications--only psychiatric medications being specifically named--are being over-prescribed and costing the government too much money.

[caption id="attachment_180" align="alignnone" width="473" caption="Senator Chuck Grassley, an Iowa Republican, thinks the government is paying too much money for certain medications. All medications he specifically mentioned are used to treat borderline personality disorder."] 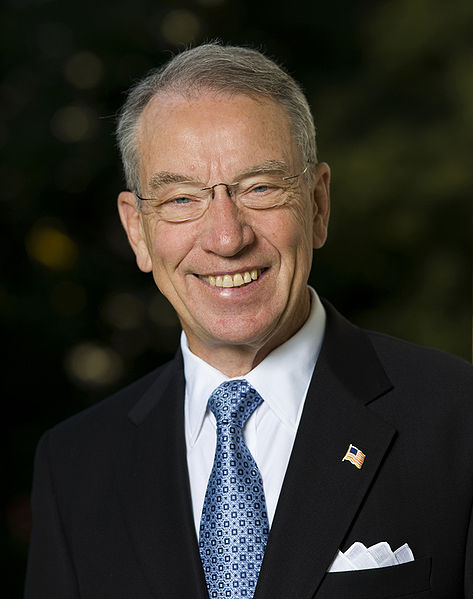 Sadly, the Indiana Family and Social Services Administration rolled over and sent him a list of "top prescribers" of antipsychotic medications such as Abilify, Geodon, Risperdal, and Zyprexa.

"I want to be clear that none of the information provided suggests any illegal or wrongful behavior," he wrote in a statement. "This may be because a particular physician has a specific expertise or patient population, but it might also suggest over-utilization or health care fraud."

So why should people with Borderline Personality Disorder (BPD) be concerned about this unfortunately downplayed story?

Simple--nothing short of a mental health Hurricane Katrina will happen if money becomes the most important criteria in determining how, or even if, BPD is treated.

According to Wikipedia, atypical antipsychotics such as--well, Abilify, Geodon, Risperdal, and Zyprexa--are often prescribed for people with BPD. Sometimes more than one is prescribed--at one point in time, I was on five different psychiatric medications. Life with BPD is difficult enough. How much worse would it be with the risk of being denied treatment because the numbers don't look right?

Wikipedia also mentions that people with BPD account for 20 percent of psychiatric hospital admissions, and use outpatient services extensively for several years. Will diagnosis statistics determine whether a patient needs help? Imagine seeking help and hearing "Sorry, but you're a borderline. You might overuse or even cheat the mental health system. It's cheaper to let you succumb to suicide."

How will the mental health professionals research new treatments if Congress, for all intents and purposes, rations psychiatric treatment based on cost? I recently asked my psychiatrist, who specializes in BPD, why schema therapy is better known outside the U.S. than inside it. She replied that in Europe, where most schema therapy research takes place, the mental health systems are government-funded. As a result, medical studies do not depend on grant money. This also helps avoid conflicts of interest and suppression of financially undesirable information.

How can we be honest in therapy if we risk losing treatment for BPD?

Perhaps the most important risk, however, is how this would affect the relationship people with BPD have with their service providers. Why bother seeking help if you risk being denied treatment on the basis of a label? How honest can you be with your psychiatrist or therapist if you risk losing treatment?

We Americans live in a capitalist society. Some things, however, should never be put up for sale. Money may not grow on trees, but it can be recovered if a mistake is made. Human life can not.

Any psychiatric disorders requires a long and costly treatment. Therefore it takes more work we plan preventive effect of psychiatric medication to be better and cheaper. This objective can be achieved if we promote a more functional mental health service. In addition to working more with "mentally healthy population" in purpose to conscience it on the importance and value of psychological wellbeing. No doubt that this strategic project should lead the mental health specialists, but with support of all governmental and non governmental factors. In this case certainly, no one loses and above all will benefit many psychiatric patients.