Learning I Have Aphantasia Helped Ease My Anxiety 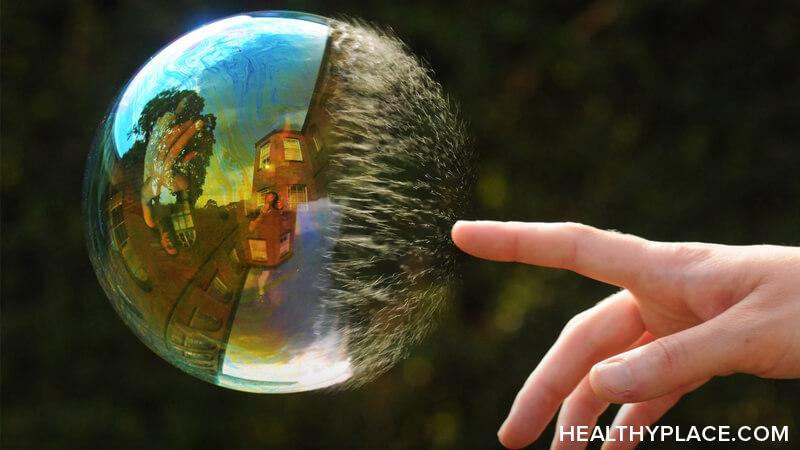 I have aphantasia, a neurodiversity (a different way of thinking), whereby I am unable to visualize. Most of you reading this now can easily imagine a sunset, a calm lake, or fluffy white clouds against a crisp, blue sky. I simply cannot conjure images. Having a blind imagination, as it's sometimes called, used to trigger my anxiety insomuch as my inability to visualize used to cause frustration, anger, confusion, shame, and a feeling of failure.

Most people have never heard of "aphantasia." I certainly never had, and rightly so: the term aphantasia was only coined in 2015 by Dr. Adam Zemen, a neurologist from Exeter University.

"Aristotle coins the term phantasia in De Amina (On the Soul), Part III to describe a distinct capacity between perception and thought — a sort of ‘sixth sense.’ . . . (Dr.) Zeman coins the term “a-phantasia” to describe the inability to visualize in 2015."1

Throughout my life, when people said they could see things in their imagination—with their mind's eye, as it were—I always assumed they meant it metaphorically. Still, on a subliminal level, I knew that my experience was different.

Here is an abridged list of some of the nuances of my aphantasia:

It is important to note that while people with aphantasia share some of the traits I've described, not everybody experiences anxiety from them. Similarly, people who have vivid imaginations may experience some of the nuances I've listed -- remembering directions for getting from point A to point B, for example. Everybody is unique.

Above, I wrote about how I've felt frustration, anger, confusion, shame, and a feeling of failure about my inability to visualize. The frustration and anger were cognitive responses to being asked to visualize when I knew I could not. I experienced confusion, shame, and feelings of failure at more of an unconscious level. I wanted to fit in and couldn't understand why I couldn't do what seemingly everybody else could do. These are the things that caused me anxiety.

Learning I Have Aphantasia Eased My Anxiety

In early 2021, I went to a hypnotherapist to help with my anxiety. The therapist began our first session by asking me to "picture" myself somewhere calm. Frustrated, I told her I couldn't visualize. Believe it or not, it was the first time I had said it out loud to a practitioner. Quite plainly, she said, "Oh. You have aphantasia."

Those four words changed my entire perspective. I was stunned. My image-free imagination had a name. There were others like me out there. I wasn't alone. A flood of understanding washed over me. I felt vindicated and validated.

Since that day, I've had several a-ha moments where I realized how having aphantasia influenced aspects of myself. In understanding that I have aphantasia, all the anxiety associated with my inability to visualize dissolved. I wasn't a failure at all. I simply wasn't neurotypical (I don't think like everyone else). As such, I gained an entirely new appreciation for myself.

Aphantasia is not a disease or a disorder. It's not something that needs to be cured or fixed. Aphantasia is simply a difference in how people imagine. While most people can "see" the imagined world, there are others, like me, who "imagine" using memory, observation, perception, and experience as our tools.

Because of my aphantasia, my brain developed strategies that helped me to learn and create and to be intuitive and innovative in truly unique ways. Aphantasia is my superpower.

APA Reference
Scott, L. (2022, May 18). Learning I Have Aphantasia Helped Ease My Anxiety, HealthyPlace. Retrieved on 2022, December 8 from https://www.healthyplace.com/blogs/anxiety-schmanxiety/2022/5/learning-i-have-aphantasia-helped-ease-my-anxiety

Something Bad Will Happen to Me in the Future: Is It PTSD?
How I Feel After EMDR Therapy