Experience Panic Attacks? They Don't Come from Within You 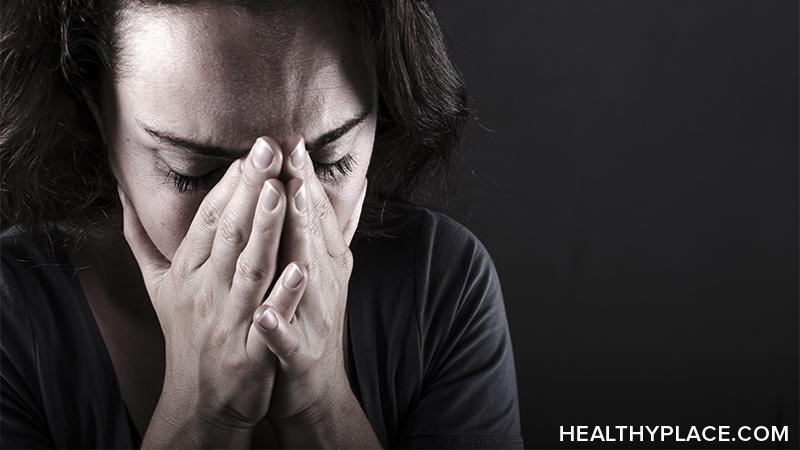 If you've experienced panic attacks, what do you do when you're panicking? That might seem like an odd question, but a certain answer can help you bring them to an end no matter their cause or the symptoms you feel. This may or may not be surprising: adopting a new perspective can shape what you do when you're panicking, and ultimately reduce the intensity and frequency of anxiety or panic attacks.

I was awakened to this perspective when I saw the movie Toy Story 4. One of the toys who was anxious about something began running around shouting, "My panic is attacking!"

Realizing the brilliance of the wording, I used my best stage whisper to exclaim just how very brilliant it was. Annoyed looks from the people I was with made me sit back and shut up, but it didn't change my mind about the phrase. Let's explore its significance after taking a quick look at panic attacks.

The Panic Attack Experience and What People Do During It

Panic attacks are part of panic disorder. They happen with no apparent cause, and many times people avoid places where they've panicked to avoid another attack; unfortunately, this fear of having a panic attack can cause increasing avoidance until someone's life is severely limited.

There are also anxiety attacks. The symptoms and experiences of anxiety attacks are the same as a panic attack. The difference is that anxiety attacks usually have an identifiable trigger--something that causes the person significant anxiety. Here, I'm using them interchangeably because symptoms, perspective, and management are the same.

Anxiety and panic attacks are terrible (to put it mildly). Just a few of the symptoms people experience during an attack:

Having a panic or anxiety attack can make someone feel as if they're dying right there, on the spot, an embarrassing death (which further fuels the attack). Worries about body and mind (sanity) are common. Even though panic attacks often peak in about 10 minutes and then gradually diminish, it's not uncommon for someone to feel the effects of panic attacks for much longer.

A shift in your perspective on panic attacks can lead to drastic and positive change.

A New Perspective on Panic Attacks: Your Panic Is Attacking

When you stop to think of the phrase, "I am having a panic attack," the implication is that the panic is within you. You suffer the symptoms because they're in your body. Rearranging the words is a simple thing that yields important results. When "I am having an anxiety attack," or, "I am panicking," shifts to, "My panic is attacking," you become empowered.

"My panic is attacking," takes the anxiety and its attacks out of you and plops them where they belong: somewhere outside of you. You still are anxious, you still are panicking, but it is now something outside force attacking you. The symptoms you feel happen because anxiety is outside being a rough jerk. They do not happen because you are weak, cowardly, incapable, or any other negative label anxiety slaps on you.

You aren't panicking (you aren't driving it). Panic and anxiety are attacking you.

I invite you to tune into this video for tools you can use to reduce the strength of panic attacks when they're happening; and, when used repeatedly, lower the frequency of these anxiety attacks.

APA Reference
Peterson, T. (2019, August 1). Experience Panic Attacks? They Don't Come from Within You, HealthyPlace. Retrieved on 2020, June 6 from https://www.healthyplace.com/blogs/anxiety-schmanxiety/2019/8/experience-panic-attacks-they-dont-come-from-within-you

First of all, that line IS brilliant! Secondly, I love that this wisdom came from Toy Story because it so resonates with adults and kids (who also feel panic and anxiety). With things like panic and anxiety, I think it is so important to remind ourselves that we are not these things, they are just pieces that sometimes choose to add themselves to the puzzle. Thank you for sharing this!

Thanks for your input, LIzanne! If this is the only thing I remember from the movie, I'll still consider it to be a great movie. Good point about the appeal to adults and kids -- you're absolutely right about kids having anxiety and panic, too. Disney should turn this line/concept into a children's book! :)