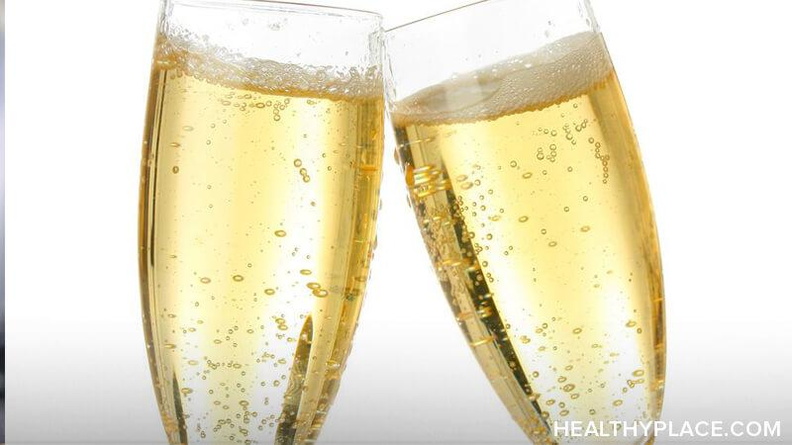 For what seems like most of my life, I thought New Year’s resolutions were stupid. I cynically dismissed them as nothing more than empty gestures and considered those who made them to be blindly following a trend. Most people, I assumed, would end up breaking them within the first month anyway, so why even bother?

That was my attitude until literally a few hours ago.

As I pondered what to write about for this post, my mind naturally wandered to the theme of the new year, and from there, to the topic of resolutions. It was the easiest starting point, I guess. But when I began to ponder, something strange happened. I wasn’t cynical. In fact, I approached the subject with a passion and excitement I would never expect – I wanted to make a resolution, and I wanted to actively try to keep it ("How To Set Realistic New Year's Resolutions"). What changed?

To put it simply: I am in a position where I want to actively make major changes in my personal life. A lot of negative things have happened to me this year, and I want to do as much as possible to make sure I feel better in the year to come.

How to Approach New Year’s Resolutions for the Anxious Mind

This, I think, is the proper way to approach a New Year’s resolution for the anxious mind. I wasn’t doing it out of any sense of tradition – it was an instinctive response to attempt to cleanse a heightened mental and emotional pain ("New Year's Resolutions: You've Gotta Want It").

If you have anxiety, you are likely no stranger to that pain. I’m willing to guess that pain lingers with you, like an uninvited guest who continues to overstay their welcome.

The point of making any kind of resolution is to address what’s causing your pain and to begin to take the necessary steps to eliminate it. Do you know what’s causing your pain? If you honestly don’t know, it’s okay – perhaps your resolution should be to take the first steps to find out what it is. If you do know, then you should plan to reduce it.

If you’re like me, you’re probably scared. Whatever is causing you pain, addressing it likely feels like a herculean effort. The mere fact that the calendar has shifted to 2019 doesn’t make controlling your pain any easier.

There isn’t much I can say to conclusively make those fears go away. What I will say: when those fears begin to manifest, remember what traditional cultures considered New Year’s Day to be. In ancient Babylon, the rituals of the New Year’s Akitu festival were thought to literally recreate the cosmos. Buried under the dead weight of history, the Babylonians purified their world to start anew.1

We can’t return to that primitive time, but doing our best to put ourselves back in that mindset may be a healthy exercise. Whatever nonsense we had to deal with throughout the previous year can be purified and cast out. The New Year is not just rolling our calendar over to January 1st, but is metaphorically – to use a more familiar cosmology -- putting ourselves back seconds after God said: “let there be light.” At that moment, everything was good. To approach what comes after with a resolution for our anxious minds ensures everything may remain good for just a little while longer.

Anxiety Have You Second-Guessing Yourself? Be Self-Assured
4 Anxiety-Reducing Phrases that Empower You to Embrace Life