Many teenage girls and young women wonder if what happened to them is "really" rape or sexual assault. In plain English, here are the legal definitions of sexual assault and rape.

According to New York State statutes, sexual assault is defined in various degrees. However, the basic summary is as follows:

Rape is the perpetuation of an act of sexual intercourse with a person against his or her will and consent, whether his/her will is overcome by force or fear resulting from the threat of force, or by drugs administered without consent or when, because of mental deficiency s/he is incapable of giving consent or when s/he is below the arbitrary age of consent.

In other words, the term "rape" is used when penetration is involved, even slight penetration, and even if no ejaculation occurs. Also note that the threat of force is sufficient - many people report fearing for their lives even when their attacker is not carrying a weapon.

New York State law does recognize that a married woman can be raped by her husband. Marriage does not necessarily imply consent.

Rape in the first degree is defined as above, and the age of consent is seventeen (17).

Rape in the second degree is not defined by consent. Rather, when one person is over 18 and the other is less than 14 years of age, the State defined any sexual intercourse between them as rape.

Rape in the third degree is similarly defined. Here, one person is over 21 and the other is less than 17 years of age.

Sexual Abuse is also defined in three degrees, according to the same system as rape. However, the difference is that penetration is not required. Rather, all that is required is "sexual contact" - touching of intimate or sexual parts, either directly or through clothing.

Criminal sexual acts is the third major term, and is also defined in three degrees. This term is used when the assault involves penetration to areas other than the vagina (e.g. rectum).

Sexual assault of any kind is a felony. 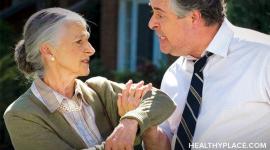 Preventing Sexual Assault: Be Clear About Your Sexual Boundaries 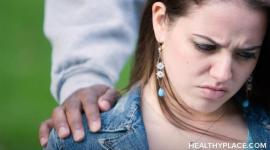 For Teens: Abusive Relationships and What To Do About Them

What's to Become of You?

We Can Be Heroes

Recovery From Codependence and Thanksgiving

How to Build Better Relationships

Lack of Assertiveness in Relationships