Once upon a time, there was a Prince who was on a great quest.   He was seeking to find the Greatest Treasure Ever Known.   He knew that through finding this magnificent treasure he would be able to once again be united with his other half, with his Twin Soul - with the Princess whom he had been aching for forever - and they would get to go Home.

For many years, he had mistakenly believed that he had to find his Twin Soul in order to find this treasure.   Through the intervention of the Universal Force he was able to discover the Magical Secret Powers contained in the Principles of the Twelve Step Recovery Kingdom.   Using the power of those Principles, he was able to start the healing of his heart, mind, and soul that was necessary for him to start in the right direction to find his True Path.

Because of his willingness to face the terror of his own inner grief and rage he was able to heal his wounded soul enough to get more clearly in touch with his Soul.

And it came to pass, that this Prince was given an assignment to go forth and teach others the Magic Powers of the Twelve Step Principles.   It was revealed to him that his quest would be successful if he dedicated his life to Spiritual Service in the name of the Greatest Treasure Ever Known.   Through this Spiritual Service he would serve himself by healing the Karma of Ancient Times to facilitate progress on his Sacred Journey of returning Home to the Greatest Treasure Ever Known.

This heroic chronicle has many chapters which will be related at another place and time.   The story told here is only one short chapter - but one of the most vital passages of this Sacred Journey. This is the Initiation into an inner sanctuary of the Greatest Treasure Ever Known which can only be accomplished by confronting and defeating that ferociously monstrous beast known as The Terror of Intimacy.


And of course, you have already guessed that the Greatest Treasure Ever Known is Love.

This is a chapter in the story of the Sacred Journey of this Prince in his quest to go Home to Love - and to be reunited with his Twin Soul.

next: The Emotional Dynamics of Dysfunctional Romantic Relationships 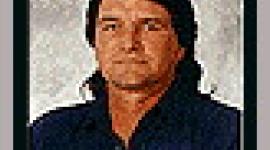 Jesus and Mary Magdalene - Jesus, Sexuality and the Bible

How Do You Work On You?

Have You Written a Love Letter Lately?

An Adventure in Love - Loving and Losing Successfully