Here's an eye-opener! About 32,000 people commit suicide in the U.S. yearly, but many more Americans, more than 8 MILLION, seriously consider suicide each year, according to a new government study.

The Substance Abuse and Mental Health Services Administration report was based on a survey of 46,190 people, age 18 and over.

SAMHSA says young adults (18-25) were far more likely to seriously consider suicide than adults 26-49 (6.7 to 3.9%). And among people with a substance abuse disorder, 11 percent had considered suicide, compared to 3 percent for people without such disorders.

We have in-depth information about suicide, along with crisis hotline numbers, here.

The Gallaghers were the picture-perfect family. They'd been on Oprah twice talking about how to raise happy kids on a reasonable budget. That was before husband, John, went into a deep depression and tried to twice take his life. What went wrong and how do family members survive when a loved attempts suicide? on Tuesday's HealthyPlace Mental Health TV Show.


Join us Tuesday, September 22, at 5:30p PT, 7:30 CST, 8:30 EST or catch it on-demand. The show airs live on our website. Patricia Gallagher will be taking your questions during the live show.

Still to Come in September on the HealthyPlace TV Show

As mentioned in last week's newsletter, we opened our new section on Bipolar Psychosis in the HealthyPlace.com Bipolar Community. Coinciding with that, author, HealthyPlace.com writer and bipolar patient, Julie Fast, made a guest appearance on the HealthyPlace Mental Health TV Show. She not only shared her personal experiences with bipolar psychosis, but she also discussed her treatment plan for coping with psychosis. If you missed it, you can watch it here.

We received about 70 emails from HealthyPlace.com members about the subject. Here's a small sample of comments on bipolar psychosis.

Even with my antipsychotic medications, I still become mildly psychotic at times. I have hallucinations and although sometimes I can tell when I'm hallucinating, the difficult part is trying to figure out when things are real or not.
- Michael

The general public, including family members and friends, don't get psychosis. Try sharing your psychotic thoughts or explaining your actions when your psychotic, and see the look on their faces. Now that's stigma!
- Eileen

Excellent article! When you couple it with Julie's Gold Standard for Treating Bipolar Disorder, you have a complete view of bipolar disorder and how to manage your bipolar symptoms. Something you'll never get from your doctor. They just don't have the time to spend with you.
- Doug

Is Your Child Behaving Differently Than Other Children?

We get emails from parents on a regular basis listing some symptoms and asking if we can provide them with an idea of what's going on with their child.

Even if you're a seasoned parent, it can be difficult to determine if your child has a behavioral or mental health problem. Why?

In adults, most symptoms are typical and obvious, plus adults are better communicators. In children, mental health symptoms can show up as anger, lack of impulse control, and frequent temper tantrums.

If your child is acting significantly different than children his/her age and you're concerned, it's best to speak to your pediatrician and seek professional help. It's also important for parents to familiarize themselves with different mental health issues and the warning signs that accompany childhood psychiatric disorders. 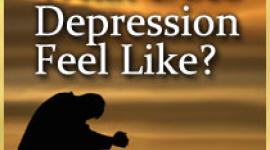 How Does Depression Feel To You?
Parents of Addicts, Addictions Affect Families 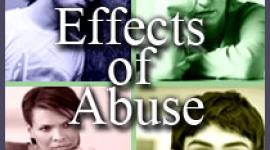 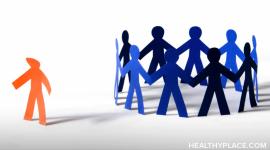 What to Do When Your Mental Illness Seems Worse

Use of Illegal Drugs During Pregnancy

How to Be Kind to Yourself and Boost Your Mental Health