Why College Was Where I Had My Bipolar Breakdown 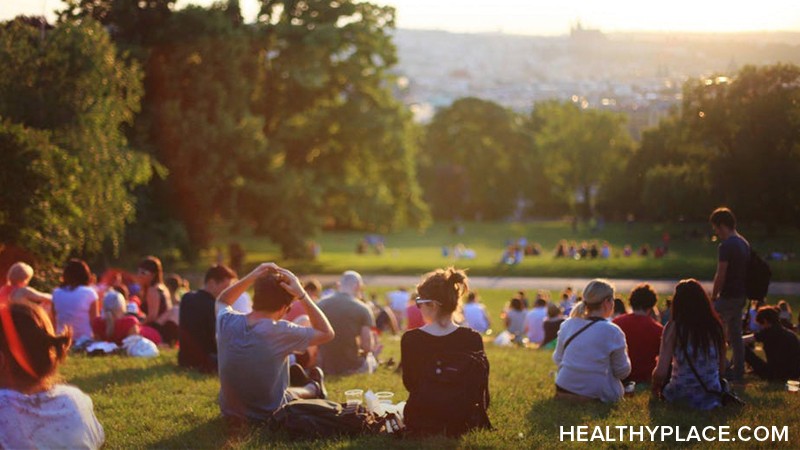 Not til we are lost, in other words, not til we have lost the world, do we begin to find ourselves and realize where we are. ~ Henry David Thoreau

Mentally Ill and Running Away to College

College was where I had my bipolar breakdown, and recently I have been curious as to why it occurred there. The symptoms of bipolar 2 disorder followed me 18 hours north and over the next two years would slowly intensify and lead to my bipolar breakdown in college.

What was it about college that triggered my bipolar breakdown? I thought that by going to college and changing my environment, I would find my way out of the woods. My friends and housemates were loyal, loving and open-minded. I felt like I could start over, strike out on my own and leave the uncomfortable feelings that were surfacing towards the end of high school there. I was wrong.

College was where I realized that no matter where I went or how far I ran, nothing would change. The self-doubt, the ups and downs, the emotional struggle was not outside of me, it was inside of me. It was where I had to face the reality that I was sick and in need of mental health help. That's when I gave up on fighting it and just let it consume me. College is where I lost hope.

With over 1,000 suicides on college campuses every year, I know I'm not the only one to who thought running away to college would improve my mental health. (I think parents should discuss mental illness and suicide with their kids before they leave for college.) Three years following my breakdown, when I enrolled back into college, I noticed the need for mental health on campus.

In my final year of college, I was asked to share my personal experience living with bipolar 2 disorder to a group of students receiving their Master's degree in Social Work. I remember walking out of the meeting feeling hopeful for the future of mental health. As I walked down the path towards the bus stop, I heard yelling and people running from their classes to the central courtyard. Come to find out only minutes after I had given a speech on mental health; a young student committed suicide by jumping from one of the buildings on campus. This type of tragic incident often occurs on college campuses, and it is my goal in the future to share my experience with others in hopes of creating more awareness of the problem.

APA Reference
Blum, H. (2017, August 15). Why College Was Where I Had My Bipolar Breakdown, HealthyPlace. Retrieved on 2023, January 29 from https://www.healthyplace.com/living-with-bipolar-blog/why-college-was-where-i-had-my-bipolar-breakdown

Bipolar Role Models: We All Need Them
How I Found the Right Treatment for Bipolar 2 Disorder