How I Found the Right Treatment for Bipolar 2 Disorder 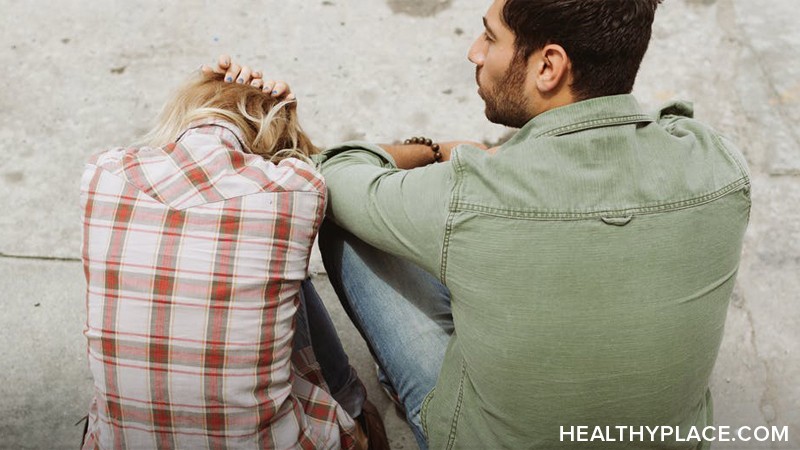 For me, finding the right treatment for bipolar 2 disorder really comes down to identifying and working with doctors and therapists who want to help me vs. change me.

Shortly after my diagnosis of bipolar 2 disorder, when I was searching for treatment, I felt like my say in choosing mental health professionals was irrelevant. I would schedule an appointment with whoever was recommended, answer their questions, take what they gave me and moved on. A simple process but one that was not helping my mental health.

The best example of why it took so long to find the right treatment is the question and answer process that took place in most sessions with psychiatrists and therapists. When asked a question such as, "When you go out on the weekends how many drinks do have?" I would answer honestly. The answer usually is, "In college, I partied pretty hard and experimented with drugs, but not more than everyone else around me did. Now I socially drink on the weekends with friends, but not to the extent that I am out of control."

In the next session, I not only became a patient with bipolar 2 disorder but one with a severe drug and alcohol problem (Why Are So Many People with Bipolar Disorder Addicted to Drugs?). I felt like my honest answers were used against me. I started to mold my answers around what I believed the doctor wanted to hear, not necessarily the truth.

With many physicians and therapists, I was always in the wrong. I had to shape my personality around my disorder. It was not until I became open and honest about my wants and needs that I found the best method for managing my mental health.

The Positive Impact of Finding Treatment That Suits My Personality

It is almost like going on a first date with a potential romantic partner. If our personalities and values don't match, then it is not the right fit for me. In the past, I have always asked to be with a female therapist but realized years after my diagnosis that gender played a significant role in how I communicate with my doctor.

I grew up with mostly men, and struggle to be vulnerable similar to the way men do. This past year when I decided to try out a male therapist, significant positive changes happened. I was more open and received straightforward answers from my therapist. His form of treatment suits my personality.

The same goes for my psychiatrist. I was upfront about the fact that not every behavior I partake in pertains to my bipolar disorder, but rather who I am by nature. When I found my current psychiatrist, she ultimately agreed with this notion and allowed me to have some control in the decision process when it came to medications.

Both these doctors play a pivotal role in my success living with bipolar 2 disorder. They talk to me in an inclusive way as opposed to treating me like a typical patient who should just take orders.

A key takeaway here is that it's important your doctors have a clear understanding of who you are as a person outside of bipolar disorder. Finding the right treatment for bipolar 2 that is both helpful and suits my personality has had a positive impact on my mental health. This is vital for those of us living with bipolar disorder or any mental health condition.

APA Reference
Blum, H. (2017, August 22). How I Found the Right Treatment for Bipolar 2 Disorder, HealthyPlace. Retrieved on 2022, September 28 from https://www.healthyplace.com/living-with-bipolar-blog/how-i-found-the-right-treatment-for-bipolar-2-disorder

Mile Jenkins stop
Yeah it never really stops hurting and then thr more you find put the worse it gets..
Bipolar Disorder and Ghosting: It's a Big Problem
Tom
After a year it got ridiculous, like how!!! Do I still have tears left! I get it, it is torture. I couldn’t even think straight the first 6 months or so it was such an utter mind F.. she kept doing that saying the most heartfelt things dangling hope for months, it messed me up. Feel better champ, if you ever wanna talk I understand, and it gets easier slowly but surely I pro
Bipolar Disorder and Ghosting: It's a Big Problem
Tom
Thanks Evelien,
I get that bittersweet feeling knowing you’re not alone. I was so blindsided, it’s like I lived with a stranger for year. She was up front about some mental health issues but only shared the tip of the ice berg… I never could have predicted everything that happened, the way she left… it’s been like a nightmare come true. Hang in there things keep getting better, even when it feels hopeless I swear
Bipolar Disorder and Ghosting: It's a Big Problem
Heather
It's so relieving to find people that I can relate to. Thank you so much for putting yourself out there. It helps so much to know they're are still genuine, caring people in the world. Keep shining bright!
Bipolar Disorder and Extreme Empathy
Heather
You're story made me cry...I feel your loneliness through your words. It's a dog eat dog world and my heart breaks on a constant. The lack of compassion is so overwhelming, and the state of the world is disastrous.
When you said you have yet to meet another empath I think it's s because they are so few and far between. I'm interested to know how many people have contacted you in regards to your request, and if we could start a group together. It may help all of us immensely. I'm praying for your circumstances, and can't wait to connect! I feel like the Lord led me to this page. I hope we have things in common.
Bipolar Disorder and Extreme Empathy
advertisement