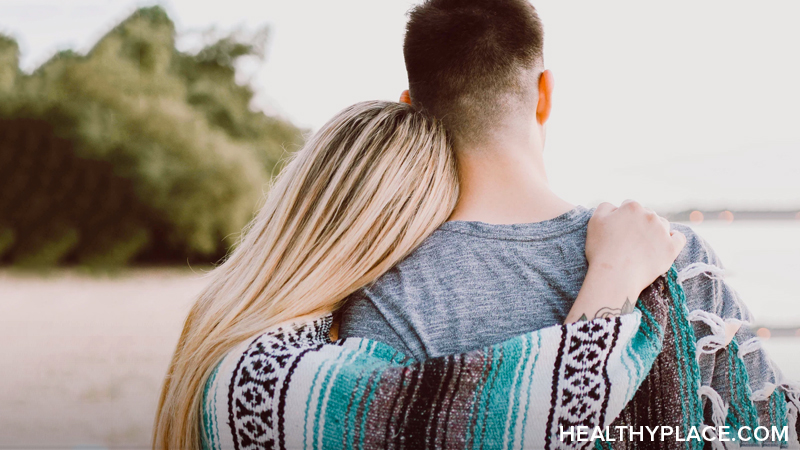 So, you want to know how to help a boyfriend or girlfriend with depression? Mental illness is complicated, but there is plenty you can do to show your support. The first step, however, is realizing that you are only one person. You’re not a superhero, and it’s not your job to fix your partner or cure their illness. Depression is a clinical condition that must be treated by doctors and mental health professionals, and it’s not up to you to provide the answer. Once you realize this, you free yourself up to become a vital part of your boyfriend or girlfriend’s mental health support system without sacrificing your own needs in the process.

How to Help a Boyfriend with Depression

If you want to help a boyfriend with depression, it’s important to know that men and boys often find it difficult to talk about their emotions for fear of appearing vulnerable or "unmanly." Thankfully, the culture surrounding this stigma is slowly changing, but people of the male gender still face pressures that are difficult for girls and women to understand. As a result, you may find it hard to get your boyfriend to open up about his depression, which can feel frustrating if you know he needs help. On the other hand, you may be the only person your boyfriend feels he can open up to if he struggles to talk to his friends or family about his illness. Or maybe he doesn't want help for the depression. This can put an enormous amount of pressure on any relationship – particularly when you're young.

It’s also important to know that the weight of your boyfriend’s depression is too much for you to carry by yourself. The best thing you can do to help him and protect your relationship is to encourage him to develop a support system. This might mean involving his parents in his mental health struggles or reaching out to a counselor at his school or workplace. It can be frustrating to deal with his depression, but you don't have to do it alone.

Other things you can do to help a boyfriend with depression include:

How to Help Your Girlfriend with Depression

If you want to know how to help your girlfriend with depression, you need to understand the unique challenges she is facing. Girls and women experience many different hormonal shifts at certain points in their lives that can increase risk factors for depression. Some women also experience premenstrual dysmorphic disorder, which causes extreme mood changes around the time of their period. Despite this, depression in women doesn’t always come down to hormones or even genetics. Clinical depression is a recognized medical condition that affects 10-15% of women in the U.S. every year, but the exact cause is often unknown.

Here are some key points on how to deal with a depressed girlfriend:

APA Reference
Smith, E. (2019, March 8). How to Help a Boyfriend or Girlfriend with Depression, HealthyPlace. Retrieved on 2020, March 29 from https://www.healthyplace.com/depression/relationships/how-to-help-a-boyfriend-or-girlfriend-with-depression 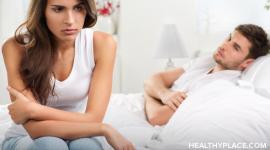 Do You Have Depression After Sex? Here’s Why
Am I Unhappy in My Relationship or Depressed? How to Tell
My Girlfriend or Boyfriend Has Depression and Threatens Suicide If I Leave 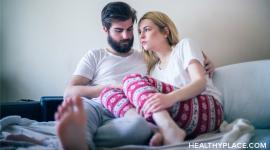