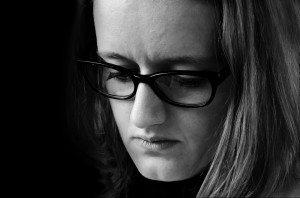 I am 62, and I've struggled BED all my life. I was an overweight child & started my Bilimia at 21 after a girlfriend told me how to do it so I could control my weight. For years & years, I thought it was my lack of willpower. Binging, Purging!! I still to this day crave food so much.
I've been through suicide attempts, psychiatric, psychologists, and dietitians.
I've always known it is a chemical in my brain but have never found the correct help for my DISORDER.
all I need is an appetite suppressant like Phentermine to control my hunger and I could have a normal life but because I'm not overweight I can't find a Dr to prescribe it for me. can you advise me where to go ??

Hi Eleni, I didn't originally write this blog post, but I'm currently the author of the blog and I want to say I empathize with what you've been through. It's so difficult to tell the truth about eating disorders, so thank you for sharing your personal story. With all you have gone through, it is clear to me how strong you are today.
I don't have any experience with Phentermine, so I cannot advise you on where to go for that. I hope you will continue to read the blog as a reminder to yourself that you are not alone. Everyone's recovery journey is different, but I believe it helps to remind yourself that you are not alone and that you are so much more than your eating habits. Your eating disorder is not who you are, even though it feels that way much of the time.
Take good care and I'd love to hear from you more in the future.