Hydrating When You Have Binge Eating Disorder 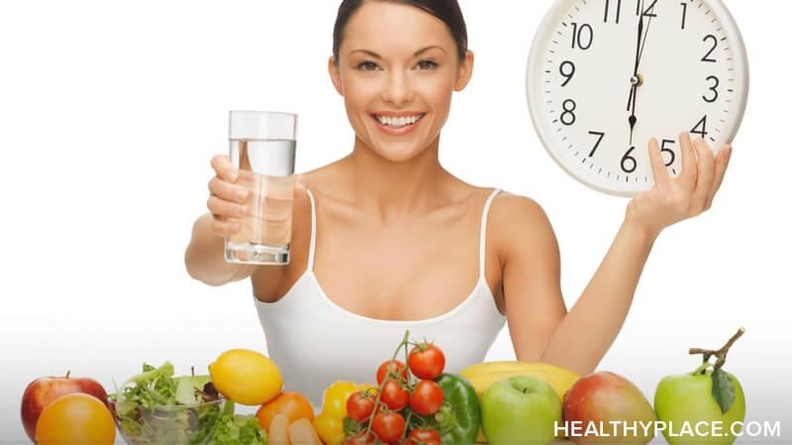 When you're not hydrated and you have binge eating disorder, you can feel thirsty and
sometimes mistake this thirst for hunger. This can cause you to eat something when you really don't need food, you need hydration. If you're dehydrated, this can cause you to overeat or binge. One way to get this hydration is tea.

I Thought Tea Was Dehydrating And Won't Help with Binges 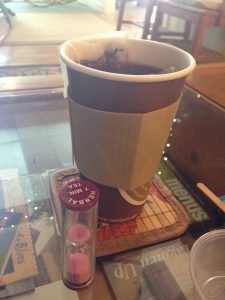 It's a common myth that tea will dehydrate you and drinking it will lead to hydration problems and more issues with binge eating disorder. However, this is not really true. Multiple studies have shown that tea can be just as hydrating as drinking water.

As for the caffeine content, which some people are concerned will cause dehydration for everyone, including those with binge eating disorder, only a massive amount of caffeine can cause this problem. So if you drink tea responsibly, as in less than 10 cups of caffeinated tea per day, you will be fine.

Hydration is important for everyone, but when you keep yourself hydrated when you have binge eating disorder, it can help you out a lot. I started drinking tea after I had my gastric surgery as it would be very easy for me to get dehydrated since my stomach was so small. But I found that when I drank tea and hydrated myself, I was less hungry, less likely to binge, and felt more satisfied when I did eat.

Simply put, tea is delicious, it's easy to make, and rather fun. Aside from the obvious health benefits of being better hydrated and not having my binge eating disorder triggered, there's a fantastic social element to drinking tea with friends. After the day is over, it's nice to unwind with a cup of herbal tea and a book.

Is Drinking Tea Right for Me and My Binge Eating Disorder?

If you want to try drinking tea to stay hydrated and keep your binge eating disorder in check, talk to your doctor about it. See what they recommend, especially during the summer months when dehydration, heat stroke, and other illnesses due to high temperatures are at their worst.

I take "PGX Daily" so I have to drink a lot of water. You can get it at a local health food store. It's a soft gel capsule loaded with fibre. When you drink water it expands in your stomach and it makes you feel full. It's also good for regulating blood sugar (short of diabetic meds). It works wonders to take away my cravings!

Green tea in particular is a good choice for it's antioxidant properties. Even people in the Middle East where it is VERY hot will drink hot teas so I doubt very much that's it's that dehydrating if you drink it
responsibly.
On the other hand I am more of a coffee girl myself but I know that I drink waaaaaaay too much of it which ultimately has a rebound effect and makes me sleepy (a sign that I'm getting dehydrated, coffee makes me pee ALOT) When I get tired I also tend to reach for sugary foods to get a spike of some quick energy which isn't very healthy (I have a very sweet tooth at the best of times).
For me just plain ole water is usually the best way to stay hydrated.

Please use credible literature to base your information on. This is NONSENSE. Your credibility plummets when you have people offering anecdotal information especially when they are unqualified. It seems that your site does not know how to differentiate.

Thanks for your comment! As I clearly stated in both the video and the article, I am not an expert in anything, I am a person living with binge eating disorder and any changes to diets, including drinking tea, should be cleared with an individual's doctor first.
It's important to remember that people who actually suffer from these diseases have a voice as well and deserve to tell their stories. Not all information available about binge eating disorder should be clinical. A lot of comments that I get are from people who find comfort in my experiences because they have lived in themselves and feel less alone when they realize there are other people out there like them.
I hope that you continue to enjoy the HealthyPlace website.