I Abused Alcohol Because of ADHD 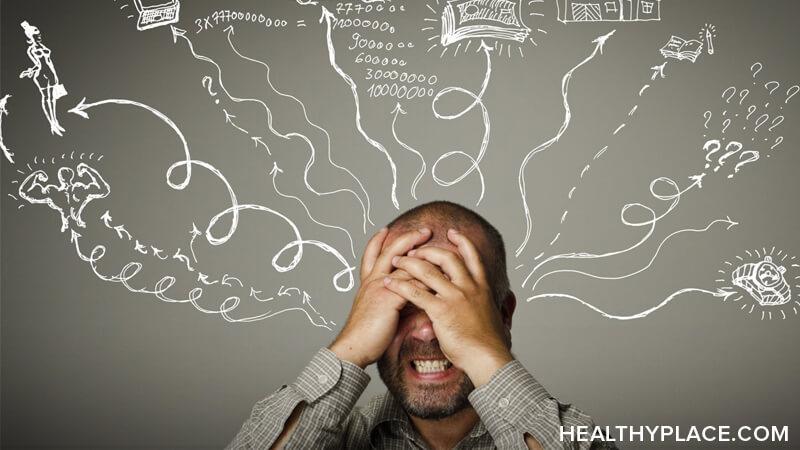 Impulsivity is a hallmark of my attention-deficit/hyperactivity disorder (ADHD). This impulsivity manifests in different ways: sometimes it means buying electric pianos from Germany; sometimes it means relocating from Ireland to North America; and, for many years, it meant flirting with the boundaries of outright alcoholism.

I Used Alcohol as a Crutch

Until I permanently stopped drinking in 2018, I used alcohol as a crutch. I was worried about my productivity levels and my inability to get a routine going. At that point, I was still years away from my ADHD diagnosis. I was mired in the throes of alcohol abuse, engaged in bouts of dayslong binges.

Each week -- without exception -- I was sacrificing my health for total oblivion.

In a departure from real logic but wholly understandable to me, I reckoned heavy drinking would absolve me of having to seriously think about my circumstances. Complete inebriation isn't conducive to deep introspection; therefore, I'd drink as much as possible for as long as possible to avoid dealing with pressing issues. You know, I avoided sorting my life out and, instead, drowned it in beer.

Eventually, however, the alcohol wore off. And when it did, oblivion was replaced with days of physical and mental anguish. The deep introspection I was staving off with beer was now ready for another assault and gained easy entry to my sober, albeit disorientated, brain. During this time, I was forced to deal with the awful after-effects of alcohol abuse while confronted with the now unavoidable thought that with every binge, I might be doing myself irreversible damage.

I Quit Alcohol Before I Got My ADHD Diagnosis

If impulsivity leads me to random purchases, trips abroad, and substance abuse, it can also occasionally work in my favor. One morning in early 2018, I decided I didn't want to drink alcohol anymore. Dealing with a biblical hangover, I swore off it. This wasn't the first epiphany I had regarding alcohol, but it was the catalyst for over four years of unbroken sobriety, continuing as I type this sentence today.

Quitting alcohol was far from a panacea. However, it did allow me to look at my life through a critical lens and not through the foggy goggles of crippling hangovers. Ditching beers allowed me to seek professional help for my ADHD. Without hangovers throwing my routine, I was able to exercise regularly and consistently.

An Alcohol-free Life Helps Me Keep ADHD in Check

Managing ADHD symptoms is difficult but doable. However, I don't know how true that statement would be if I were still drinking alcohol. That's because hangovers compromise the discipline required to write, clean, exercise, and be an actual adult. It's just too easy to renege on obligations when you feel hungover, too easy to rupture continuity with an all-consuming trip to oblivion through wine or beer or vodka.

Do you live with ADHD and have problems with alcohol? Let me know in the comments.

Does ADHD Make You Bad with Money?
Learning to Slow Down with Adult ADHD

Hi Amy,
Thanks for your message. We're often so caught up in our own situations we forget there are other people out there going through the same hardships. So, I'm glad the article made you feel a bit better. That's why I write it.
What helped you stay off booze at times when you felt triggered to drink again?
After over a decade of sustained abuse, I reached the lowest point with alcohol. I was drinking myself into an early grave. When I sacked it off, I persevered through a genuine desire to change my life. I've only had one or two real challenges to my sobriety - once at Xmas, the other on holiday.
In my case, the longer I go without it the less I even think about it in general, let alone consider drinking again.
How did you get a 'break' from your ADHD symptoms without it?
I didn't. I had to ride the waves without booze. But the desire to stay sober beat the impulsive desires to block ADHD out with a binge, thankfully.
How did you get an adult diagnosis? Was it easy to get medication or support afterwards from your GP?
I got my diagnosis pre-covid. It was a matter of contacting GP, who referred me to a mental health clinic, where a doctor confirmed I had ADHD after going through the diagnostic test. After that, I tried one set of meds - no good. Took the dosage up a level, and luckily that worked and continues to work for me.
I speak with the psychologist once a year. He asks how things are going. I give bloods/weight at the clinic periodically. Other than that, I just take the meds and get on with it.
Happy to chat further if you've any more questions.
Good luck, Amy.
Michael.

Hi Michael
Thanks for your reply. I have been told that it's so hard to get a GP to make an ADHD referral and so had been looking at private routes which was really overwhelming. But now I think I'm going to make an appointment with my GP asap instead and hope that they take me seriously, as I am really not coping with all the lovely symptoms at the moment. I don't even know if I could quit alcohol without some support in place, so well done to you. And a big thank you again for your help.
Amy

Hi Micheal
I'm a 30 year old teacher from N. Ireland. I haven't been diagnosed with ADHD but am currently saving for a private diagnosis. I struggle with drinking too much and I know I'm doing damage but I feel it is the only break I get from the rabbit hole that is my own brain. I can't even imagine being able to quit long term and am envious of people who just wake up one morning and stop for good. I'm not sure what I hope to achieve from this message but I will ask a couple of questions if that's ok.
What helped you stay off booze at times when you felt triggered to drink again? How did you get a 'break' from your ADHD symptoms without it? How did you get an adult diagnosis? Was it easy to get medication or support afterwards from your GP?
Sorry for the overload and I understand if you're busy and can't reply.
Thanks for taking the time to read, and for your article ✌️ it made me feel a bit more normal.
Amy