What Is the Relationship Between PSTD and Shame? 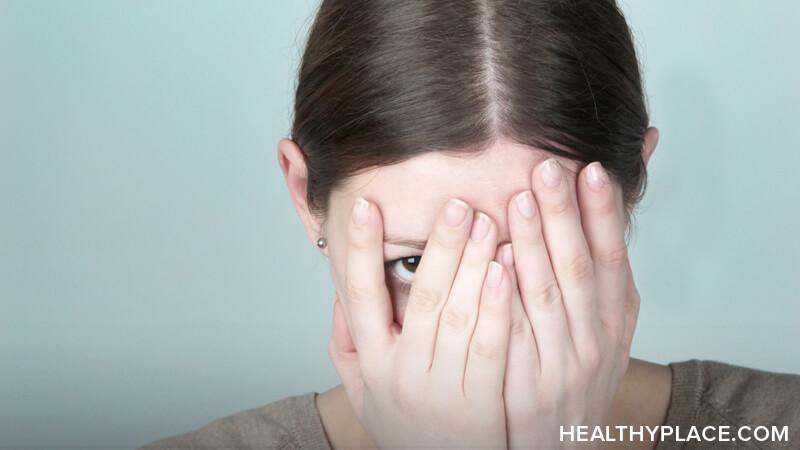 Posttraumatic stress disorder (PTSD) and shame have a very tight relationship. So tight, in fact, the more shame you experience, the worse your PTSD symptoms can be. Often though, you may not realize shame is what is driving your PTSD.

For years after I was molested, I lived in deep shame. I told no one about my abuse because I firmly believed everyone else would know how bad I was if they knew. The longer I kept the secret, the deeper I sank into shame because the lies of the abuse lived in my head ("Effects of Child Sexual Abuse on Children").

I believed what happened to me was my fault. I was ashamed that I hadn't fought harder, worn something different, screamed louder or not fallen for his pretend love as if my nine-year-old self had control over the situation. In addition, growing up in a family where the message was always that I was bad for being good connected shame to the very core of who I was.

As the years went on, when I even tried to start a conversation about my childhood with family members, I would be asked, "Why can't you just leave the past in the past?"

Every time I heard that question, my shame would grow stronger. I began to believe something was very wrong with me because I couldn't just let it go; so I fell deeper into depression and self-hatred.

The Truth About the Relationship Between Shame and PTSD

Shame's relationship to PTSD is as dysfunctional as the family situation I grew up in. It feeds PTSD, causing you to believe negative thoughts about yourself. When you feel shame, the message you give yourself is "I am bad." It's a statement about who you are as a person, which will keep you in self-hatred mode and feed your depression and anxiety.

When you grow up in a toxic environment where you aren't allowed to express your feelings, you learn having emotions is bad. In addition, when you are abused as a child, you begin to take on the responsibility for what is happening to you and may believe if only you were good enough, the abuse would stop. Both of these situations result in you having to disconnect from the truth that you were never at fault.

You continue to blame and shame yourself through the abuse and as you become an adult, the negative thought patterns you developed about who you are becomes a habitual way of thinking. Your inner critic keeps the shame going by calling you useless, worthless, stupid or whatever other negative things you say to yourself.

When you live in shame, you send yourself the constant message that you are bad. Becoming aware of the message you tell yourself can help you recognize when you are living in shame and feeding your PTSD. Recognizing this thought pattern and stopping it in its tracks can help you learn to have self-compassion and face the feelings the shame masks.

Some tips for coping with shame include:

It can be a challenge to learn to end self-shaming, but with consistent use of shame stopping coping strategies, it becomes less likely that shame will automatically take hold and lead to unhealthy thoughts and behaviors. With practice and support, you can learn to break the shame-PTSD relationship in your life, helping you to better manage your PTSD.

APA Reference
Powell, T. (2019, January 31). What Is the Relationship Between PSTD and Shame?, HealthyPlace. Retrieved on 2023, January 31 from https://www.healthyplace.com/blogs/traumaptsdblog/2019/1/what-is-the-relationship-between-pstd-and-shame

There is a deep connection between PTSD and shame, and this is such an important realization to understand. This point in particular - "When you live in shame, you send yourself the constant message that you are bad." Shame tells us it's not ok to be vulnerable and vulnerability is what allows us to really be seen and real.