Last month, I was traveling with family and friends and had a chance to see just how far my recovery from anorexia has come. When I went back to inpatient treatment over a year ago, I wanted to get better - to recover - but was honestly starting to doubt if it was possible. It was my third trip to treatment in as many years. It hadn't "worked" before, so why would now be any different? Even in the year since returning from treatment, it hasn't looked so great at times.

Like every other fan of John Green's best-selling book "The Fault In Our Stars," I love the line where Hazel says, "I fell in love like you fall asleep - slowly, and then all at once." That's the way recovery seems to me: you work hard day-in and day-out for so long and feel like there is no progress. Then you wake up one morning and - BAM! - recovered! (Well, not exactly like that, but you see my point, yes?)

In reality, there is progress, but it is sometimes so slight that you can't recognize it in the day-to-day. Even in the past six months, when my recovery has been the most stable it has ever been, it has seemed like there was absolutely no progress. Today's meals are practically carbon copies of yesterday's. My snacks rotate between three or four different options. Dinner still feels like a chore more often than not.

So it's really only been in the past month that I've been able to see the shifts in my attitudes and behaviors towards food, eating, and exercise. I can go for a run and not have it become some sort of race to the death. One of my regular snack options is Oreos. When dinner seems absolutely impossible and I have no desire to be in the kitchen, I go to McDonald's and get a number four.

You Can Recover, Too

Honestly, four years ago when I started following eating disorder recovery blogs, I would have read the above paragraphs and thought, "Well, that's nice. For her. It will never happen for me." I always believed that the person whose blog I was reading was more intelligent, stronger, more stubborn, more gifted, more whatever than I was - and that why was s/he was able to recover. 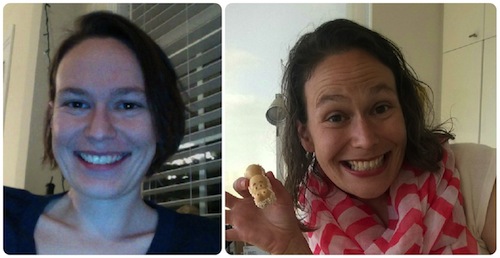 It has been a lot of hard work. It has meant working even (and especially) when I don't want to. It has meant redefining who I am without an eating disorder. It has meant learning new coping skills and using them. It has meant dealing with the physical and emotional side effects of refeeding and renourishing my body.

But most of all, it has meant freedom.

::Face palm:: Duh on the trigger. Smart/go you. I look forward to snail mail any time. ;) Have a blessed one.

I can so relate to this and I am happy to read your story. I am 2.5 years post-treatment now and I have seen so many differences in my recovery now versus my first "serious" attempt. Namely, I never stopped challenging myself. The first time around, after leaving the hospital, I thought "Okay, now it's time to keep this as "safe" as possible." I wanted to do the bare minimum, but the bare minimum is not possible in conquests. Sure, it might keep you alive longer, but it is still so hard to go out to dinner, to eat birthday cake, to go on holiday without planning obsessively about how you'll "make up for it." I don't make up for anything now. My body's smarter than I ever would have thought.
It might take time to wholly accept and love your smart, healthy body, but that's never an excuse to stop exploring every nook and cranny of recovered life until you know it like the back of your hand.

So happy for you. By the way, what is a McDonald's No. 4? Just curious.

Jade,
I avoided mentioning the specific food just as a precaution - it could be a major trigger to those who have had issues with binges. I'll write you and let you know by snail mail. ;-)
xoxo
j

This is so inspiring. I can relate to the part about reading other people's blogs and thinking that somehow they had something different, something more than I do and therefore I couldn't possibly achieve what they did. your words have inspired me and made me smile in equal measure. Thanks so much!

Nataliaa,
I'm glad this post could inspire you. Best wishes in your recovery!
xoxo
j

Congratulations Jess! I can absolutely relate - especially to the "slowly falling asleep and then BAM!" analogy. You don't even realize those little baby steps that are getting you to recovery, and before you know if you're actually there! What will be crazy for you is in 2-3 years, you'll start even forgetting what it felt like to be so deep in the eating disorder. Such a wonderful and freeing feeling!Hugs to you!

Holly,
One of the crazy mind tricks my ED plays on me is to tell that I wasn't *really* sick with my ED and that's why I am reaching this point in recovery - I actually have to go back and read old journals every once in a while to remind myself of how bad it is. It is a great feeling to not be so deep in it any more! Thanks for all your support!
xoxo
j