Your Best Ally in Eating Disorder Recovery Is Yourself

Though I am very public about my past experiences with an eating disorder and my recovery maintenance, it still doesn’t mean everyone I interact with knows every aspect of my past. So, sometimes, when I’m out eating with a group of people, someone will start to mention about a diet or some form of dietary restriction (e.g. vegetarian, paleo, etc.) they follow.

Usually when that happens, I’ll listen with empathy if it is needed, but I will rarely engage with my own thoughts on diets and weight loss. Part of the reason for this, is that it is a different dynamic when you are in a group, rather than one-on-one, but also part of my recovery is not always making every social interaction about my food, diet, and body image.

Detaching From the Emotions When they Arise

Still, sometimes I’ll be asked by a person who is dieting about my views on the matter, especially if the group is smaller, or if they are aware of my history. When that happens, my emotions usually end up being a mix of joy and pride at the freedom I now feel, yet sadness at the same time. However, I’m also able to talk about ”it,” as something I can detach myself a bit from. I guess if nothing else, the time I’ve spent in eating disorder recovery has allowed me to develop perspective and separate myself today from the emotions I experienced then, when living with a mental illness, and what it entailed.

Other times, I’ll just listen to the person sharing their thoughts about body image in general, and not engage, if only for the fact that just because my experience went one way, it doesn’t mean it isn’t healthy or therapeutic for someone else to vent now and then. Over the years, I’ve developed a way to comfort or simply listen to someone experiencing similar struggles as the ones I’ve gone through, without letting these conversations become internalized. Rather than seeing these discussions as shallow, I’ll be able to go past that initial feeling one might have about body image talks or diets in general. I’ve also realized that with healing comes the ability to look back on situations and emotions without reliving the whole experience all over again. 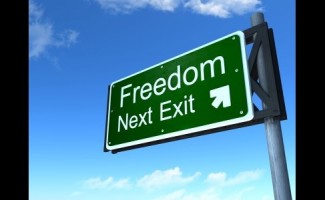 My History With An Eating Disorder Does Not Define Me

I used to have a lot of anxiety over my history with bulimia, and later on, about my recovery from it. Perhaps I was afraid to be judged based on my past experiences with self-harm, perhaps I was worried I would be reduced to the mental illness I suffered from. Eventually – and not without pain I must say - I realized that I was the one labeling myself most of the time; I was the one making judgments about who I was or whom I was becoming in my journey to recovery. There was a point where I started to entertain the idea that I might be getting in the way of my own recovery. In the last year or so, a set of experiences I’ve had in recovery maintenance has taught me that above all, in order to stay recovered, I have to accept that my past doesn’t define me, nor does it indicate what my present circumstances should be.

So for those looking for a nugget of wisdom this post, I would like to share that part of recovery is also learning not to be your own worst enemy. Though your self-image is damaged to an extent when you suffer from an illness such as mine, most people might not judge you as harshly as you judge yourself. Many people have their own issues, whether it is with food, body image, etc., and their conversations aren’t there to attack you, but rather for that individual to share their own concerns. So while it’s natural to try to internalize their struggles, remember that it’s not about you. Also remember that though their story may make you think of your past, your past is unique to you, and it shouldn’t automatically define who you are today.

APA Reference
Lemoine, P. (2014, June 17). Your Best Ally in Eating Disorder Recovery Is Yourself, HealthyPlace. Retrieved on 2022, October 5 from https://www.healthyplace.com/blogs/survivinged/2014/06/your-best-ally-in-eating-disorder-recovery-is-yourself

Thanks for answering, I have a therapist mainly dealing with PTSD but I was honest with her about these compulsive food thoughts and rituals. I am going to join Weight Watchers and will see my family doctor for a checkup in July. Unfortunately I think the biggest problem is I hate what I have let happen to my body.

I had anorexia and bulimia a few times in my life. Right now I am overweight and starting dieting. I find myself falling into old destructive rituals. How can i lose weight and not fall into the trap of anorexia

Taryn,
I'm so glad you were able to catch yourself before falling into a relapse - and for wanting to be healthy. Patricia and I really aren't qualified to to give any sort of ideas with regards to diet or exercise. I would suggest talking with your doctor and/or dietitian. S/he can help you reach optimum health in a way that is safe for you.
Thanks for commenting!
Jess

Hello Taryn!
Jessia is right, we aren't qualified to give advice on these matters. I'm glad you reached out and shared your concerns. I encourage you to seek help in your community with a profesh who can help you with these struggles.
Sending you much support! Thanks Taryn!