Bipolar Depression in My Teen

Yesterday, my teenage son, Bob, told me he was depressed. This is not earth-shattering as Bob lives with bipolar disorder. What is remarkable is how he was able to identify his teen bipolar depression and share how he was feeling with me. Now I can get him the medical help he needs.

In the past, I was the last to know my son was depressed because Bob looked normal on the outside. It took weeks of missed clues, failing grades and suicidal behavior before I caught on to bipolar depression in my teen.

Signs of Bipolar Depression in Teenagers 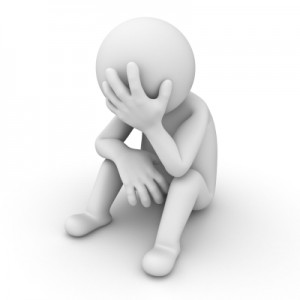 Last night, Bob started the conversation by telling me he didn't want to study for an upcoming history test. I might have mistaken this clue as "typical teenage behavior" but Bob said he couldn't "get motivated." Lack of motivation is a classic sign of bipolar depression in my teenage son.

Then Bob explained he would most likely fail the test, but he didn't care. He went on to share that his girlfriend said she would not go out with him if he didn't study. Bob said he didn't care about that either.

I am certain Bob doesn't want to fail history and retake it in summer school. I also know for sure Bob cares deeply for his girlfriend. Loss of interest and severe apathy are symptoms of bipolar depression.

I suddenly remembered Bob spent most of the past two weekends sleeping, day and night. He's been sleeping a lot. Change in sleep patterns is one more clue symptom of bipolar depression in a teen (or adult).

Come to think of it, Bob finished the semester two weeks ago with a 2.75 GPA and then quickly earned two low Fs. A drop in grades is a common red flag.

Awareness in Teens with Bipolar Depression

Bob admitted he felt down for about a week. I asked him if he was having suicidal thoughts. He said he had suicidal thoughts everyday, but did not have a plan. As we continued our conversation, Bob conceded he did have specific thoughts about how he could die and had acted on them over the weekend. Fortunately, he changed his mind before he was hurt.

We kept conversing, Bob talking, me asking open ended questions, reflecting, validating, empathizing and observing. His voice was low and slow, his body language sluggish. He said he didn't want to die, but the despair he endured was unbearable.

With all the pieces to the puzzle, we reviewed his past experiences with bipolar depression. Bob agreed to a safety plan (suicide prevention contract) for the next 24 hours. I told him I would contact his psychiatrist and therapist.

The rest is falling into place and I can breathe again. My son with bipolar depression is sick, but help is on the way.

Side Effects of My Child's Psychiatric Medications
Mood Disorders in Teens Is Not Normal Moodiness
Wendy
February, 16 2015 at 1:09 pm

Great post. It really demonstrates the role of family support. In your recent posts things with your son were going really well. My son mean while left school. My son is doing well now, but not living at home. He found a great program that he could succeed at. I can only hope that he has folks paying attention like this, or that he is able to speak up for himself.

Hi Wendy,
Thanks for your comment. I'm glad your son is doing well even though he left school. I believe each individual must find their way to wellness. It sounds like your son is on the right path. Bravo for him!