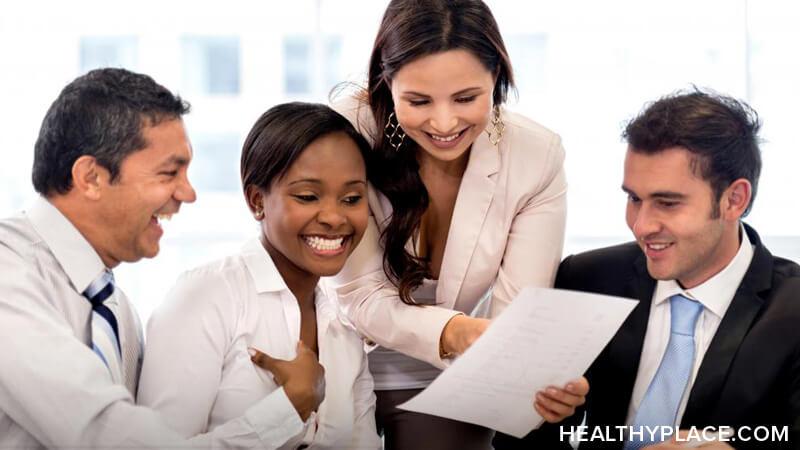 #MeToo is far more than just a popular hashtag. #MeToo is a movement that does everything from educate about sexual harassment/assault to drive for societal change. #MeToo is important because it is bigger than one person. I have experience with sexual assault/harassment and as one person, it has been very hard to deal with. I wish #MeToo had been around when it happened to show me that I wasn't alone, educate me about what I needed to know and allowed me to create change for myself. In short, we needed a #MeToo 20 years ago and we need #MeToo today.

I joined #MeToo when I was 19 years old. No, I don't mean I started using a hashtag (there was no Twitter back then, after all), what I mean is that's when I was in what we used to call a "hostile work environment" (Verbal Abuse at Work). I was harassed both sexually and not.

I was an easy target back then. I was a 19-year-old female in the male-dominated tech industry. It was my first real job using the qualifications of the degree I was getting. I had extremely unsure footing just walking into an office in a suit jacket let alone dealing with superiors who would make jokes about having "nooners" with me.

The harassment (How Does Sexual Harassment Affect Rape Survivors) I faced was not nearly as bad as what many women face, nevertheless, it was scary on two counts:

I wish #MeToo had been around back then to educate me about more of what I needed to know about harassment in the workplace. I wish #MeToo had been around to teach me that what I was experiencing was wrong, it was the harasser's fault and it wasn't just "boys being boys;" it actually was a serious breach of conduct. (I mean, really, I can't imagine any universe in which I would have an underling, 20 years my junior in my office and talk about having sex with him [or her].)

And just in case you were wondering, the one woman in my department turned a blind eye to the harassment going on. She knew it was there, she just handled it by never leaving her office.

Now, in my case, action was taken at the time. I did actually talk to Human Resources and they had me document every incident. I ended up handing over pages and pages and they investigated. I was terrified. One by one each of us were called into Human Resources, interviewed and then sent home for the rest of the week. They started with us underlings and worked up to the bosses.

In the end, my statements were found to be true (although other allegations were made against me, presumably because one of the men was cornered) and the men in question had to go to counseling and apologize to me. I was also given access to harassment counseling.

What had me thinking this morning was this: did those men actually learn anything or were they just sorry they got caught by some whippersnapper? See, I think it was the latter.

As I said, this was before #MeToo, but if it had happened after, I think the punishment would have been more severe (there were multiple incidences) and the lesson would have been driven home a little harder.

Don't get me wrong, the organization did take some decent steps, but did they actually educate the men? I don't think so.

Like many, I'm not interested in punishment, but I am interested in education and I think the #MeToo movement educates. Yes, it insists perpetrators pay for what they have done (justice) but #MeToo Also educates. It teaches that this issue is systemic and that all men (all people, really) need to care about it. Because we have to make sexual harassment/assault unthinkable. We have to make it societally unacceptable. We have to be shocked that it happens and not accept it as status quo.

And I think the #MeToo movement does these things. I think had my experiences have happened today, #MeToo would be educating those men about why what they did was wrong and not simply that Human Resources didn't like it. The 19-year-old me could have used that same education from #MeToo also.

And it is in this way that I think #MeToo helps push towards societal change. This change is slow and painful and it has taken many women far braver than I to stand up and say, "no more." I applaud these women because knowingly or not, they have created not a hashtag, but rather, a new way of thinking. They have forced equality in ways that should have always been there but weren't. #MeToo works for societal change that makes workplaces safe for 19-year-olds who don't know their eye from their elbow.

So I say keep it going. You don't have to share your story, it's okay to keep it private, but use #MeToo as an education device anyway. After all, it's only once we know better that we can do better. And that's what societal change is: our whole society choosing to do better.

Creating a Strong Support System When You Have Depression
How I Fight Men’s Mental Health Stigma: Emotional Acceptance
Lime Chan
August, 9 2018 at 2:19 am

Beautiful article you wrote Natasha, congrats. It is very clear and meaningful. I hope many read it and share it!
Together we are stronger and can make a change! #metoo (from 8)