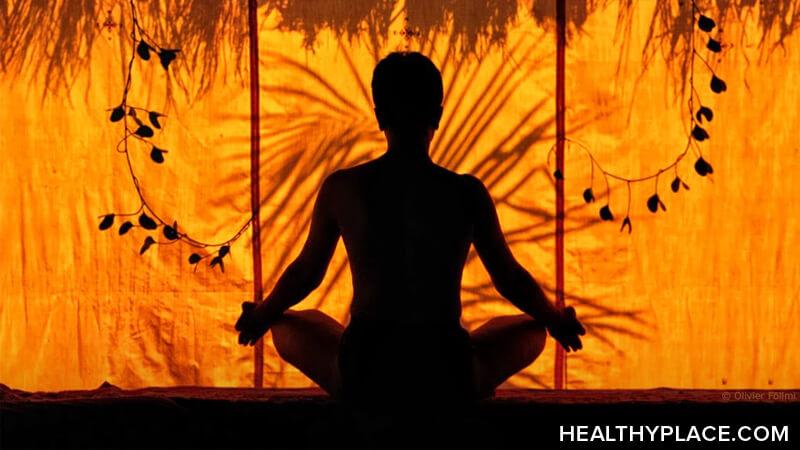 Obsessive-compulsive disorder (OCD) plagued me from the age of six. And, in fact, plagues me until I discovered meditation. While many like to joke about having OCD, my diagnosis was one I tried to hide, feeling ashamed of it as I grew up. Doctors tried to figure out how a child could be such a perfectionist and obsessive clean freak, but I lived with this reality knowing nothing different. As far as I knew, the way my brain worked was normal; productivity should have been everyone's top concern (as far as I was concerned). Meditation saved me from OCD thoughts.

I spent my childhood bouncing between therapists, counselors, and psychologists. At times when I could not quench my obsessions' thirst with compulsive behavior, it felt like life or death. My family doctor prescribed me a number of antidepressants over the years, each giving me a vague sense of living life as a muted version of myself, unable to feel sorrow, while equally unable to feel joy.

Meditation’s Effects on My OCD

It wasn't until I found yoga in 2008 that I found reprieve from my obsessive-compulsive disorder. As I focused on my breath and movement, the incessant mind chatter of OCD became quieter. The first time I laid in Savasana, I wept without knowing why. It later dawned on me that I had not sat still with my thoughts for a very long time.

Intrigued, I spent the next few years studying and practicing meditation with many different schools, groups, and temples. My thirst to know more about meditation’s effects on my OCD took me on travels to India, Thailand, Bali, Nicaragua, Costa Rica, and other destinations of spiritual intrigue.

How Meditation Saved Me from OCD

As the years passed, I started to tune in to the moments. My gratitude practice kept me on the lookout for the magic in a given moment. My breath began to serve as a bridge between mind and body, an anchor to the present. My yoga flow softened into a preparation for meditation. I started to realize that I am not my thoughts, but rather an observer of them.

Today, I am a local meditation teacher in downtown Toronto. I spend more time being and less time doing. I see the beauty in simple moments, and relish in my mind-body connection, like, “Oh hey anxiety, I see you. I don't think I need you right now, so I'm just going to take a deep breath.”

Whereas I spent much of my life living in fear of what would happen if I let go of control, I now find myself easing into a place of surrender, trust, and flow, with each breath I take. Productivity meets presence. Organization meets attention, to this moment. Control gives way to flow.

Meditation has changed my life. Meditation has, quite literally, saved me from OCD. Please don't wait for anxiety to hit you over the head as many times as it did me; you can start today, and with just one breath.

Cassidy Thedorf is a Toronto-based meditation and mindfulness teacher, practicing with Radiate Happy. She'll often remind meditators to "allow yourself to be here, now." Find Cassidy on Facebook, Google+, Twitter, and Instagram.

Tags: meditation saved me from OCD

Helping a Spouse with Schizoaffective Disorder
Writing a Resume as a Job Seeker with a Mental Illness
Julie
February, 4 2018 at 1:17 am

How can I start running this from home? I live far away from anywhere and have very limited time. How can I start? Where can I start? There are so many types of yoga's and so many YouTube videos that I don't know what to do first.