Trust Issues After Abuse: Is It a Lie or a Joke? It's Hard to Tell 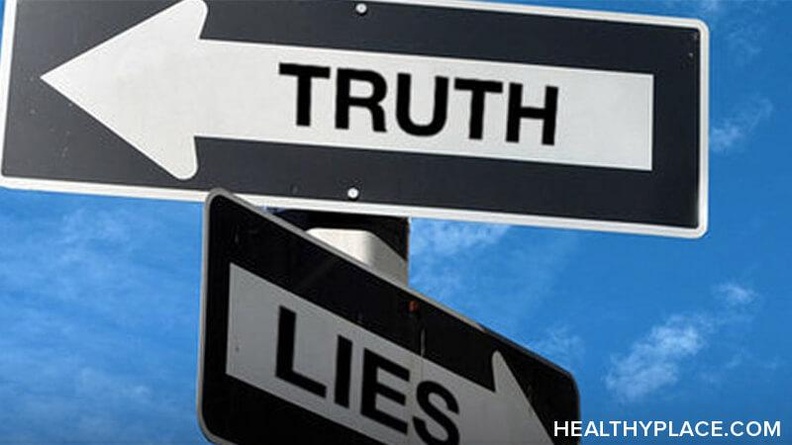 As I work through my healing journey, I've noticed some specific triggering elements that leave me feeling uncomfortable. Even as a young child growing up, I remember the emotions of mistrust and suspicion when trying to determine if someone's words and actions were genuine. My trust issues from child abuse made it almost impossible to tell the difference between a lie and a joke.

One particular situation that continued to haunt my childhood was when an adult would play a joke on me by telling me something that wasn't true. Once it was revealed that their words were fake, I felt betrayed and considered them a liar. At one time, I confronted the person and told them it was a lie and it wasn't right, only to be told that it was a joke, it wasn't a big deal, and I should relax. I didn't know then that my trust issues clouded my perception of a person's intentions.

Unfortunately, this feeling of mistrust carried through into adulthood for me. I would regularly face individuals at work, school, or in public situations that would say something they thought was funny. My lack of ability to trust people has made it difficult to distinguish between simple jokes and harmful verbal abuse.

While I would like to believe that everyone I meet has good intentions, more often than not, I am suspicious and scrutinize their words. I am aware I spend more mental energy picking apart conversations from my days to examine if they were authentic or come from someone who wanted to mislead me or keep something from me.

I know now that it is common for verbal abuse victims to feel betrayed and lied to when people they know try to joke or tell little white lies they think are funny.

Trust Issues After Abuse Make You Ask 'Is It Me or Them?'

Every situation is unique, and there is not one definite answer when it comes to joking, lying, or simple fibs. Trusting what other people say is challenging if you are recovering from a verbally abusive situation. While one circumstance will have you overreacting to an innocent joke, another could indicate verbal abuse. Therefore, you must try to be impartial and examine each occasion without jumping to the common conclusion that your brain is accustomed to.

One helpful tool I've found when facing these confusing situations is to talk to my close friends and my partner. I commonly ask them if they think a person's words are harsh or if I am overthinking the conversation. Having another person's perspective is helpful for me to step back as I heal from my past trauma.

So, if you have trust issues after suffering verbal abuse, you aren't alone. These feelings are common, and it will take time to work through them as you heal from the pain and betrayal you experienced from someone in your life. However, with supportive people around you, like friends and family or a professional therapist, you can move toward a life with healthy relationships.

APA Reference
Wozny, C. (2022, November 24). Trust Issues After Abuse: Is It a Lie or a Joke? It's Hard to Tell, HealthyPlace. Retrieved on 2022, December 7 from https://www.healthyplace.com/blogs/verbalabuseinrelationships/2022/11/trust-issues-after-abuse-is-it-a-lie-or-a-joke-its-hard-to-tell