Men Who Are Victims of Verbal Abuse 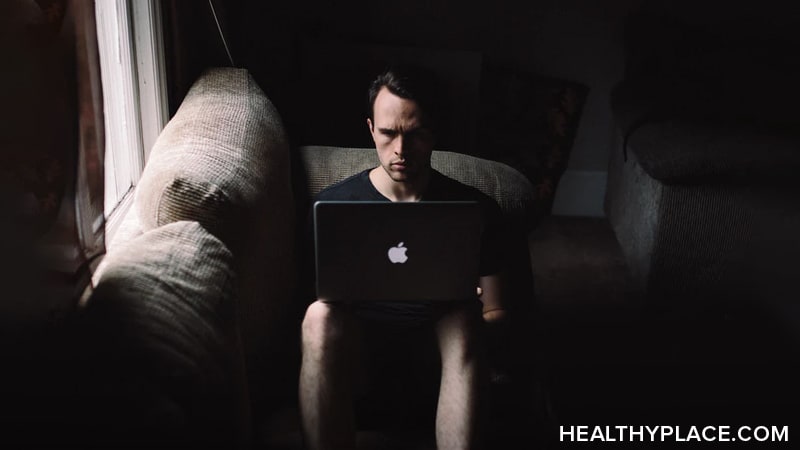 Verbal abuse happens within many dynamics, even if it is not talked about regularly. One specific area of verbal abuse that is not often readily apparent involves men who suffer verbal abuse. However, just because there might not be a lot of pertinent case numbers or stories in the news about this does not mean this issue doesn't exist. For many men, dealing with verbal abuse is a common, problematic reality in their lives.

I have witnessed how the verbal abuse of a man in a relationship has forced him to retreat from his family, putting a strain on the kids and everyone else involved. While many individuals blamed the man for his actions and the resulting stress, this behavior was a direct result of the abuse he suffered and kept to himself.

Conducting an Internet search on verbal abuse will yield several pages that describe signs and symptoms of verbal abuse. Within these articles, however, almost all of the photos depict a woman who looks like she is distressed or upset. Rarely are there any photographs of a man who appears trapped in an abusive relationship.

There are several factors that might contribute to the few reports of verbally abused men. Some reasons why men do not speak up could include:

Men exhibit many of the same contributing factors as often women do that lead to staying in a relationship with a verbally abusive partner. However, the current resources for men to escape abuse and heal are not as abundant as they are for women in the same circumstances.

The stigma that men occupy the dominant partner role causes many males to hide the abuse they suffer. It's important to challenge this archaic view of abuse and build support systems to include everyone who suffers from abuse.

Getting Help for Men Who Are Abused

Getting the help and support to break away from abuse is paramount to heal and move forward from an abusive relationship. Unfortunately, for men, finding these services can be difficult, but they are slowly becoming available. Society is finally starting to realize the need for males in the community who suffer verbal abuse and need help.

If you are the victim of verbal abuse, it's crucial to find resources that will help your situation. Various hotlines and referral services can direct you to services in your area.

You are not alone, and there is help out there, even if you are a man who suffers from verbal abuse. Everyone deserves to experience love and respect, and you do not have to suffer at the hands of an abuser in silence.