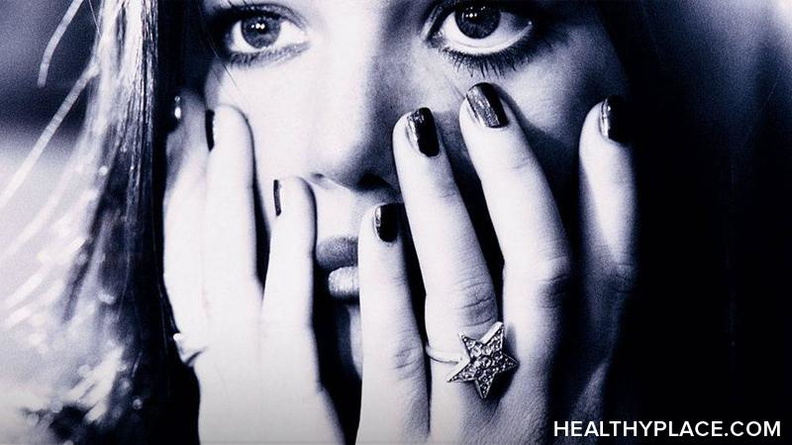 There is an explosion in pop culture TV right now depicting how abusers are grooming their victims for abuse and I have mixed feelings about it.

The victims in these stories are all very different from one another, but what these stories all have in common is that they illustrate a similar pattern of abuse because the perpetrators are all very similar. In each situation, a charismatic man targeted the victims, and then, using certain characteristics about them in combination with his charm, he deceived them to gain their trust. He was able to slowly erode their boundaries so he could exploit and abuse them. They were unaware they were being abused until it had gone on for a very long time. He successfully grooms his victims.

Why These Shows About Grooming Abuse Victims Are Problematic

I am torn about these stories being popularized and discussed. On one hand, they are raising awareness about the horrible nature of the abuse and how someone grooms a victim for abuse. In the case of R. Kelly, the documentary has even been credited with his arrest.

On the other hand, the documentaries and dramatizations have spent so much time focusing on sensationalizing the bizarre aspects of the abuse, that the shock value has engendered a backlash. There has been little-to-no time spent explaining how love-bombing, cognitive dissonance, or trauma bonding work.

Focusing on how outrageous and unbelievable the abuse is without the moderating effect of why people endure abuse distances the viewer and opens the door for victim-blaming. How the victims react becomes harder to understand as the perpetrators' behavior becomes increasingly abusive:

The fact that the victims in these three stories come from vastly different backgrounds should speak for itself.

From the safe vantage point of the couch and with the benefit of hindsight, it's easy to think that we might have seen something the victims didn't or that we'd be able to walk away if it happened to us.

That's exactly how abusers get away with it.

How My Abuser Groomed Me for Abuse

It's in our best interest to stop thinking of abuse victims as "someone other than me," or that "if I only do 'x' I'll never be victimized."

My own biggest blind spot was that I thought I didn’t have any.

In my recent abusive relationship, I'd believed I was in complete control of myself and where the relationship was going. I hadn't even wanted to get serious. In the beginning, I'd thought, based on our conversations, that I knew more about relationships than he did and that made me feel safe.

Yet every once in a while, he'd try to tell me what to do in an aggressive way or explode over something minor. Instead of reading it as a red flag, I chalked it up to the impression I had already formed: he was inexperienced in relationships and didn't know how to communicate. After all, he was so sweet and loving the rest of the time. He let me keep my impression.

One day I woke up and I found I wasn't in control of myself at all. I never really had been.

As they say, the frog gets boiled slowly. So let me say it again: my own biggest blind spot was that I thought I didn't have any. Victims get groomed in a variety of ways.

Abusive Behavior vs. Normal Behavior: What's the Difference?
Societal Myths that Retraumatize Victims After Abuse
Jerry bridges
June, 11 2019 at 8:44 am

My brother is a narcissist and has control over his girlfriend a bit too much. He literally trained her like a dog to believe I'm a liar and did it right in front of me. All he had to do was sit down put on his charming smile shake his head lightly left to right ( body language for I'm lying) and told her I'm just a liar that's just my thing she said ok and it reminded me of a seen from watching Charles manson victims taking orders. She said ok like a drone then sat back and placed her hands on her shoulder expecting her reward of love bombing. She walks around saying how glad she is to have someone think for her yet she complains because she is unfulfilled and he doesn't validate anyone but himself. Blind yet seeing. I feel like there could be a way to help her but I know I can't get involved. Any sort of advice for me? I feel bad but everyone I know including my own abuse counselor says stay away. Isn't it sad that someone can do this and the best answer is let it be?

We all know that it's wrong to make a buck off another person's pain and misery. If we saw a woman being beaten at the grocery store and instead of doing something to help her, we paid a dollar to have a front row seat and watch it happen people would be appalled! So why then do network executives get away with televising and profiting from another human being's pain? It is essentially the same thing. Society as a whole has been groomed to look the other way while unacceptable behavior becomes the social norm. Hmmmm, sound familiar?!!

Hi Tammy: You make a good point. Like I said I have such mixed feelings.
I think they need to be delicate with the subject matter and realize how much responsibility they have when they have people's life stories in their hands and think carefully about how they present the information. -Kristen