Are You Verbally Abused at Work? 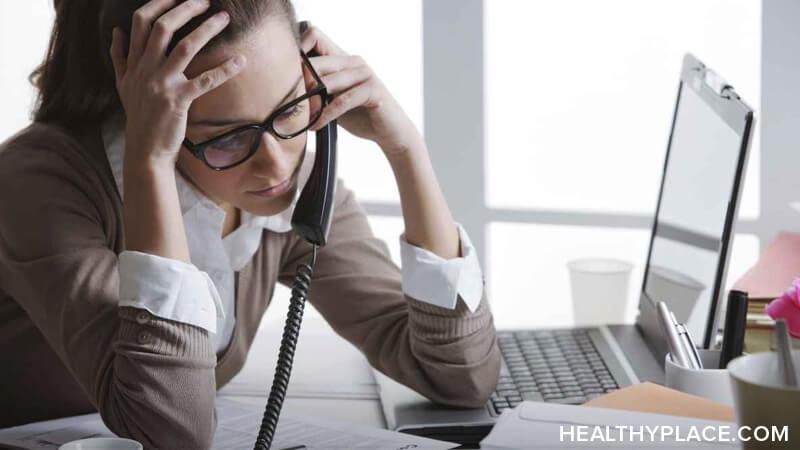 If you're verbally abused at work, you may be surprised to learn that verbal abuse in the workplace is more common than you might think and it's a real problem. Not only is it detrimental to productivity, verbal abuse also undermines confidence and stunts career progression, leaving those affected feeling powerless. If you think you or a colleague are being verbally abused at work, read this for how to spot verbal abuse in your workplace, and what to do when it happens.

You'd think it would be easy to spot the signs of abuse at work from a supervisor or colleague, but much like relationship abuse, the behavior is often subtle and hard to define. Being verbally abused at work is sometimes referred to as bullying or harassment and it's quoted as one of the main reasons why American workers leave their jobs.

What Can Being Verbally Abused at Work Look Like?

Being verbally abused at work isn't always obvious, but its effects on you can be. I was talking to a friend recently about how unhappy he was at work. He enjoyed his job and got on well with his colleagues but his employer frequently put him down, minimized his work and made insulting accusations (Things Verbal Abusers Say and Do). Worse still, she exhibited some baffling behavior, instructing him to report to her superior about certain issues rather than bothering her, then accusing him of going over her head. She lied about things she'd said previously, backtracked on promises, tried to micro-manage his every move and interrupted his break times and days off. The daily battle sounded exhausting.

"The weird thing is, she wasn't like this at the start," he said. "She practically worshipped me when I joined the company -- she was so nice and totally relaxed. It's like she's got two personalities."

Just recently I'd written an article about gaslighting abuse and how perpetrators reel their victims in with niceties, before turning on them and convincing them they're crazy (What Gaslighting Means and Why It Is So Hard to Call Out).

"You're being gaslighted," I said. "She's gaslighting you."

What became clear to me is that this woman was obviously so insecure in her own position, she had to find someone to undermine, belittle and control. This was her way of asserting authority and it was textbook verbal abuse.

Signs of Verbal Abuse in the Workplace

The truth is, verbal abuse at work manifests much like it does in a domestic setting and if you've read my previous blog posts on gaslighting and verbal abuse, you'll see there are many parallels. An abusive relationship at work usually follows the same pattern of idealization, devaluation and discarding as domestic abuse cases.

Not sure if this applies to you? Here are some signs of being verbally abused at work to look for.

What to Do If You're Verbally Abused at Work

There are currently no federal or state laws that protect U.S. employees from verbal abuse, which leaves victims feeling they have nowhere to turn. However, unlike in a romantic relationship, there are -- presumably -- others within your company you can report to.

However you choose to respond to verbal abuse at work, it's important to tackle it head-on. Don't be afraid to set boundaries, stand up for yourself and report to your Human Resources department if you feel you're being unfairly treated.

APA Reference
Smith, E. (2018, May 1). Are You Verbally Abused at Work?, HealthyPlace. Retrieved on 2023, January 27 from https://www.healthyplace.com/blogs/verbalabuseinrelationships/2018/05/are-you-verbally-abused-at-work

Trusting Again After Abuse in a Relationship
Love Bombing: The Gaslighter's Most Effective Weapon of Abuse
Mary Andersen
October, 4 2018 at 2:40 pm

The only thing you can do is to leave the department. Most abusers I have had were politically untouchable and HR did nothing. Not to mention that they never admitted it. Rather than looking for something lower in the food chain, try for a promotion. Why should you take bad treatment in the shorts? You might try the "intolerable conditions" of the EEOC, but it might be more effort than good.

I'm a nanny and have been with this family for 8 years . My boss verbal ly abuses me every day and she does it in front of her children. Iv tried to quit more then 10 times but she always says she'll change. I feel trapped. I'm depressed all the time and my dr put me on anti depressant. I don't want to be in this hell any more,

I was in this type of situation for five years. You are right about how to deal with the abuse. However, the only thing that really works is to leave that environment. I had 5 years of documentation, support from colleagues and union but the employer still supported management. My employer continued to place the blame on me and it got to the point of being disciplined for my alleged behaviours (lies and false accusations and no documentation). I suffered for five years. I have been off work now for 6 months and the abuse continues because they say there is nothing wrong with me that I am just acting. I have put in for a transfer and I am looking forward to a new start.